Skip to content
Report This Article
What is the issue?
Read Part I here.

I’m unable to upload photos right now, the signal is just really terrible. It’s probably because it’s farm country out here. We took the 189 up to Route 29 and so far, we’ve been the only souls on the road. It sounds insane, right? To be on a highway without seeing any cars. It is insane.

When we passed through Elba, the town, much like ours, was silent. No one was there. It was as if they had all left in the middle of the night. It was eerie. That’s basically all I can say right now. It was eerie and it still is eerie.

The radio stations are all out, so we’ve been listening to our tires grinding away on the asphalt. Just WHAT is going on right now? I want to know? Can anyone tell me what’s happening?

We’ve pulled into a gas station. We’re getting low on gas and we don’t want to be stuck somewhere with no one around. The gas station is predictably empty. We pulled up to one of the pumps and we were pleasantly surprised to see it was working. That means electricity is still on here. But I couldn’t stop asking myself — and I still can’t, Where are all of the people?

My mother is trembling. The stress of this and fear of losing her husband — my father — has taken a toll on her in the past 24 hours.

I think we’re getting close to Montgomery. My mother took an exit and we’re on this road now: 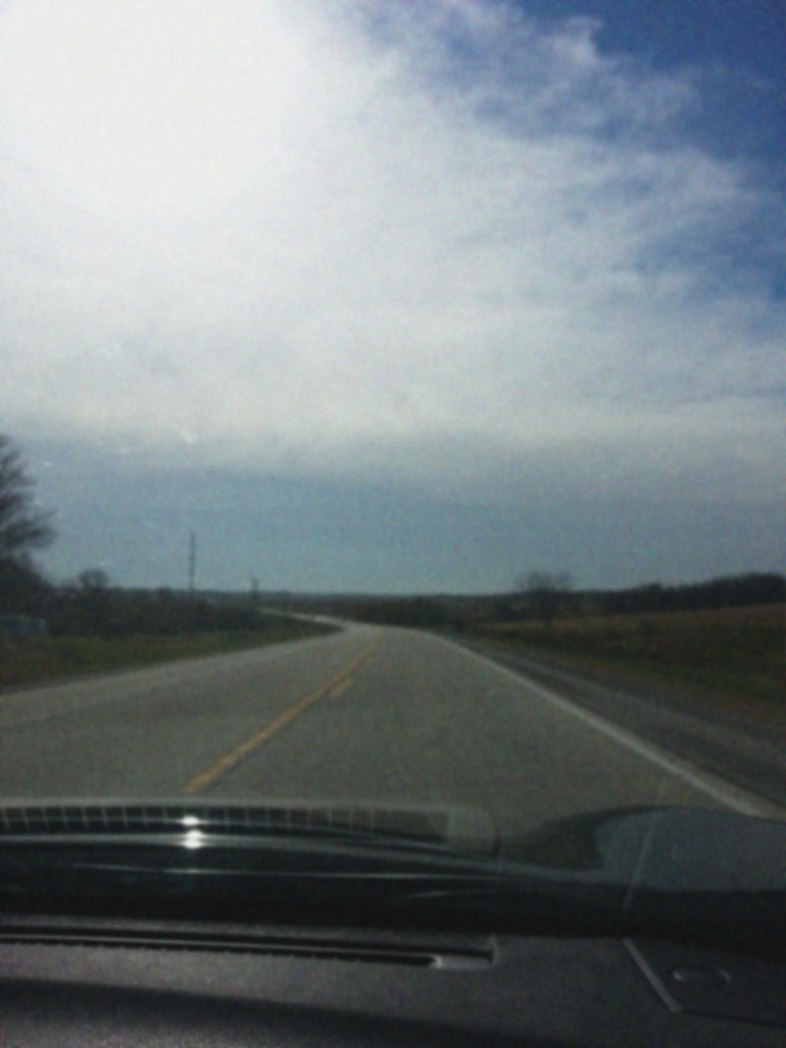 Thankfully, the cell tower service is holding strong here. We must be near a big city.

My mother just cursed. She tells me to look behind us. Her voice is really frantic.