I think I was a sophomore in college or becoming a junior (it was the summer of 2009) when I discovered the beauty that is Foursquare. From there, I decided to check out (and check-in to) places that served food for under $5.00. I mean, as a hungry college student not making enough money (although, taking trips out from Westchester to New York City cost a pretty penny), cheap food was almost always a calling card for us.

Besides, aren’t we all (by we, I mean everyone who lives / comes to New York City) looking for a cheap eat? 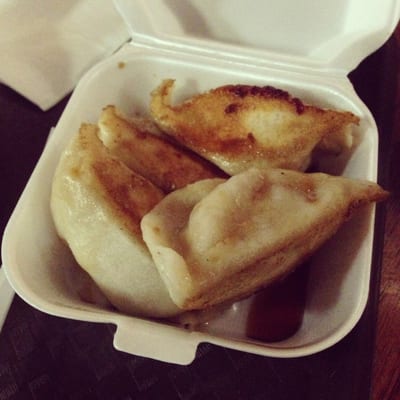 Before you jump down my throat, this is to remind us to thank Vanessa for all the hard work she put in to put dumplings on New York City’s culinary map.

Vanessa’s Dumpling House is probably the most well-known dumpling house in New York City — there’s three locations so far, at least, from what I remember: The original one on Eldridge and Broome, the other one on 14th Street, and the third one in Williamsburg. As you get farther and farther away from any of the Chinatowns, it seems that the quality of dumplings decrease and the price increases. Okay, fine, you got me. Vanessa’s Dumplings raised prices at the original location too. It used to be a buck for four pan-fried dumplings. Now it’s $1.25. I’m complaining, but it seems like I’m the only one.

I will say, their shrimp dumplings in soup is always a nice treat on a cold winter day. 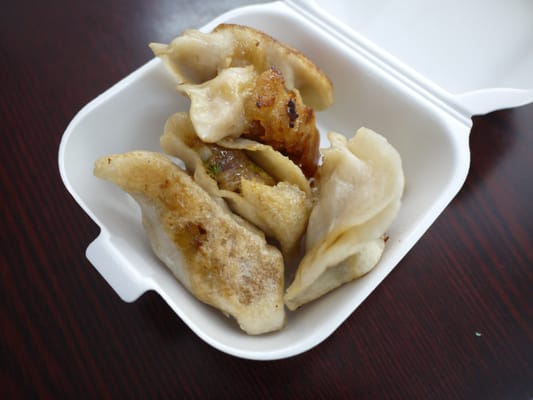 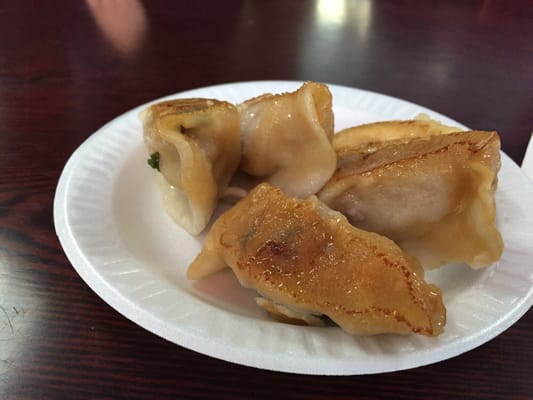 Okay, I’ll be the first to say it. I’m used to a particular type of dumpling. Not too doughy, not too flimsy. The dumplings at this place is on the doughy side, but it’ll fill you up. For $1.25 for four, it’s not too bad. Is it better than Vanessa’s? That’s debateable. Also, their shrimp dumplings are so-so.

But, the best part is, you don’t see any tourists coming to this place, so it’s less frustrating. 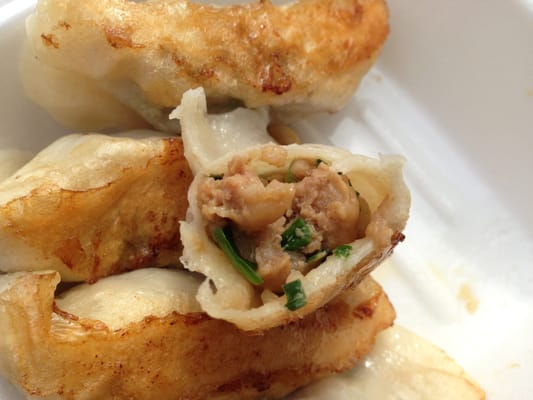 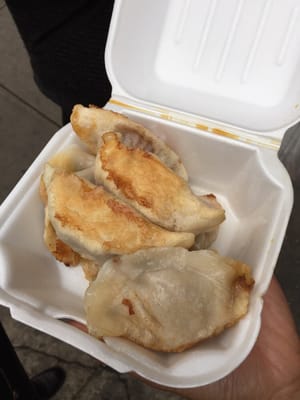 I like Prosperity’s dumplings a lot. They’re still one of the few places that sell dumplings for $1.00 (and still get four). That’s a deal. I’m not saying $1.25 for four isn’t a deal, but not having to fish around for a quarter is a nice privilege to have. That being said, this place gets crowded. And I mean you’ll get the line out the door — granted, the place is a tiny hole-in-the-wall, seating probably five people at best. That means it gets crowded, quick.

It’s a no-frills kind of place and that’s what you get for your money. 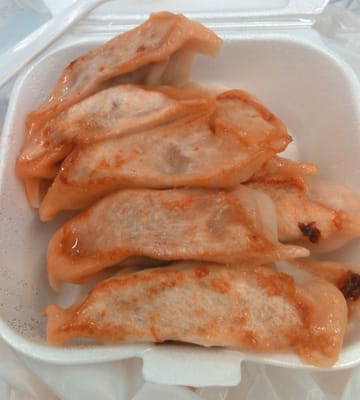 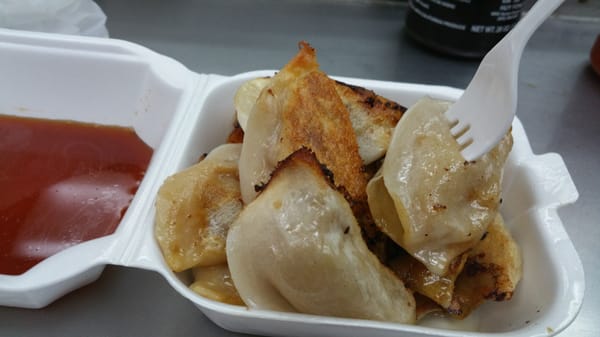 This place gets you five dumplings for $1.00. That’s right. Five. If you prefer quantity over quality, this is it. I’m not saying this place serves bad dumplings, because they don’t. You will notice that they sell only pork dumplings and pork buns.

The dumplings are a little smaller than the ones you’ll see around the corner at Tasty Dumplings, but you can’t complain, since they give you five to make up for it. 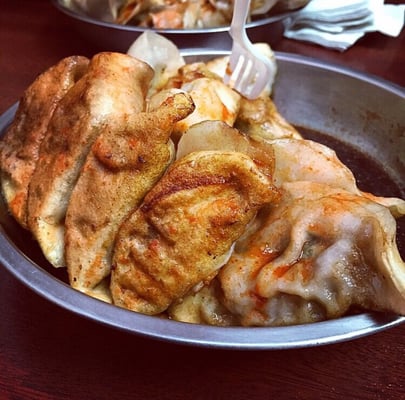 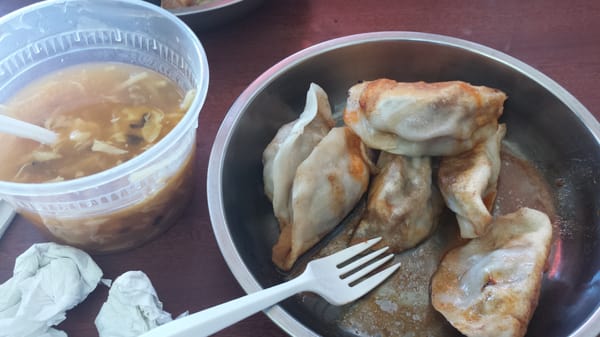 This place can get crowded quick. They’ve since raised prices to $3.00 for 12 dumplings, but they are still quite good! They’re crunchy and chewy and so far, they’ve been very consistent. On the flip, their scallion pancake is probably the most doughy (and not as crisp or salty) out of all the places listed here.

I will say, these five haven’t failed me — you know, having backup plans when places get too full — which is why I only have visited these locations. And if you take it personally that I haven’t visited Joe’s Shanghai, well, I guess should man up and go.

I’d love to find out you cheap eats! Please tell me what your favorite place is in the comments!