1. MacLaren’s Pub is named after the Associate Producer on the show. His name is Carl Maclaren, and the bartender is named Carl, who Ted believed to be a vampire (Season 1, Episode 10) because they only saw him at night.

2. Colbie Smulders, who plays Robin Scherbatsky, is actually from, you guessed it, Canada. They both hail from the Great White North, specifically, Vancouver. Go Canucks!

5. Alyson Hannigan (Lily) was pregnant for most of Season 4. The writers had a little fun with it. Check out The Possimpible (Season 4, Episode 14).

Once again, that was the great Sam Moore singing the Bang Bang song. Trying to get it up on itunes, for all your mood-setting needs. #HIMYM

8. To this day, no one knows what Barney’s actual job is.

9. Someone actually proposed (for real!) on an episode of HIMYM.

During one episode, Robin gets upset in the restaurant when receives a glass of chamapagne with engagement ring, thinking that Ted is gonna propose to her. At the moment when Ted says “It’s not mine”, another gentleman gets up from the table behind them, and says “It’s my” and return to his table where he proposes to his girlfriend. The marriage proposal was not a part of the script, but realistic situation. The man planned the whole scene with the producers of the TV show and had told to his girlfriend that they received a price to participate in one episode of “How I Met Your Mother”. So, he prposed to his girlfriend to be his wife and that marriage proposal will “live forever”, recorded as a part of an episode of this popular sitcom. 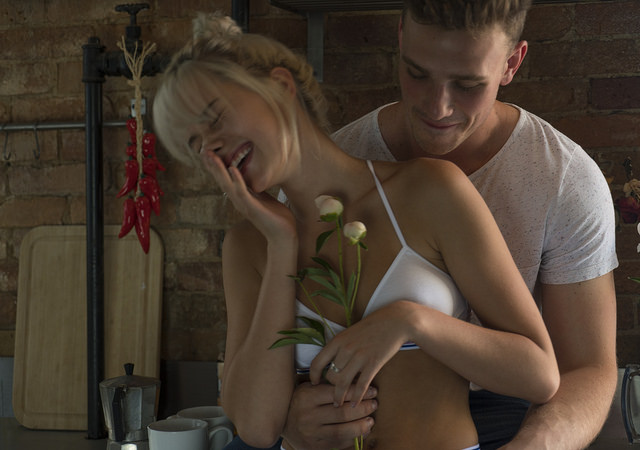 Read this: 50 Quotes That’ll Help You Find Your Soulmate And Forget The Rest
Read this: 37 Quotes That Will Get You Over A Breakup
Read this: 50 Hauntingly Beautiful Quotes About Love And Heartbreak That You Need In Your Life, Like, Yesterday
image – tvIntros4you/ YouTube
Barney Stinson How I Met Your Mother

Screw Ted, I Want A Relationship Like Barney And Robin