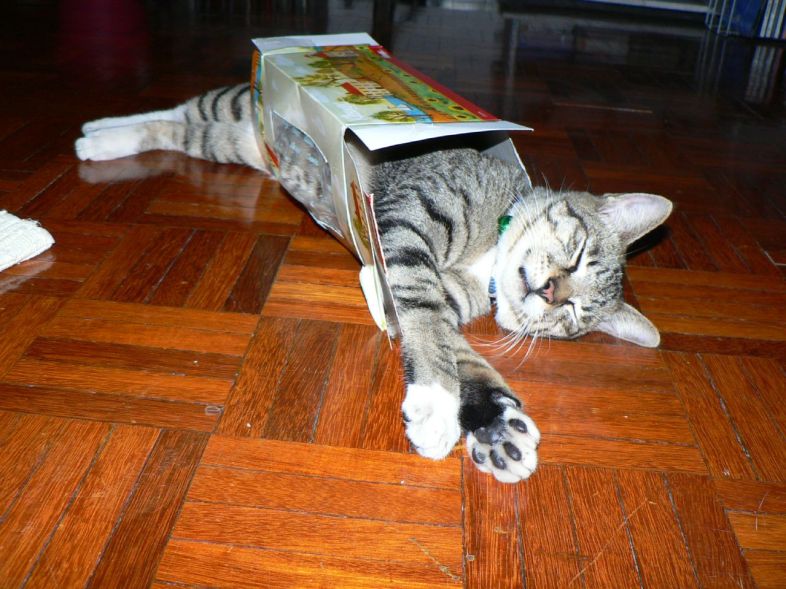 Remember the good old days when a “prank” was a harmless, well-planned practical joke? You know, back before it was some asshole with a bad haircut asking women on the street for sex? The definition has changed quite a bit over the years.

As a kid my mom bought me what was literally called a “Prank Set.” It was a box of fun, good-natured little tricks. Of course there was the gum that made your mouth turn black. Also included was the pack of gum that snapped your finger if you tried to grab a piece. For the most part it was just fucked up gum.

Regardless of what was in my adorable joke set, it’s what formed my understanding of what a prank is. Typically one would do these things to a family member or friend. Of course there’s the infamous high school “senior prank,” in which teens (who are awful) pull off some gargantuan gag to disrupt order in the school. Letting rats loose, toilet papering teachers’ cars, murdering the principal, whatever you can imagine. The key to any and all senior pranks is one thing: It has to be clever and well-planned. That was sort of two things and I apologize.

Yes, folks, that’s what constitutes a prank. An inventive and well-executed trick in which both parties get a laugh, eventually. At least that’s what I’ve always believed. Many on Youtube, however, have a very different meaning. When the original “Youtube Pranksters” began receiving massive amounts of views and building fan bases, suddenly everyone decided they wanted to do pranks.

In fact, many Youtubers consider pranking to be their thing. That’s what they’re known for. There are literally thousands of dirtballs on the site who post what they deem practical jokes, although I’m yet to see any actual pranks from these people. Let’s run down a quick list of “prank” videos from the Youtubers who proclaim themselves to be “pranksters.”

These are all concepts from real videos I’ve watched, which are all labeled pranks:

The list could continue for several pages, though I’m getting nauseated just typing this out. Did you notice a trend among the catalog? It’s all harassing strangers! Mostly in a sexual and very inappropriate way! Apparently these Youtube pranksters think aggravating innocent strangers or making them feel perturbed is some kind of joke.

Well I have a joke for you, Youtube prank people: You’re a bunch of no-talent pieces of scum who are desperate for views. As someone who was once very active on the Youtubing scene (not proud) I can relate to the struggle of wanting more views. How can one garner more attention to their videos? First and foremost, they can think of original, humorous ideas. They can be creative. Unfortunately, most of the Youtube Pranksters wouldn’t know originality if it approached them on the street and asked for oral sex. They don’t have a creative bone in their bodies, because their bodies are made up primarily of dirt!

If you have nothing original to bring to the table, why bring anything? If you can’t be a “comedian” without sexually harassing women in public, why try to be the funny guy? I suppose I’m now speaking to a much larger issue; an issue on which I could rant for a few days. Allow me to calm myself, lather my thighs in cocoa butter, and bring it back in.

Pranksters, comedy isn’t your lane. I understand you desperately crave appreciation and notice via views, likes, and subscribers. So many of us do, and it’s sickening. If you absolutely must receive attention from the Youtube public, try doing something that has meaning to you. If being a prick and making others uneasy means something to you then keep on keepin’ on, I guess! All we can hope for is you serving a short stint in upstate prison. No, you can’t bring your multiple bottles of hair gel into any county or state prison. And yes, we truly hope you have a cellmate named “Bubba.”

Final Note: I’m all for reinstating the draft as long as the president chooses exclusively from people who post prank videos on Youtube.