When one is recently covered in a rainbow of beads, shirtless, with countless tongues and spicy shrimp in one’s mouth and you’re shoving your dick in more hiding places than even crawfish know, sometimes it’s best to take a moment and pause. It also didn’t help my state of mind that I had a pimple on my dick shaft immediately following that blurry weekend in NOLA, which was almost healed, but still. I can’t say I often get dick acne, Dacne? Dickne? Dimples?

Freelance life ain’t all it’s cracked up to be. In other words, freelancing ain’t free. I just got a notification for negative three hundred dollars in my bank account, which is sandwiched between two emails from the human resources representatives for jobs I didn’t get – honestly, out of hundreds, over many months and many a moon, which makes one feel a bit like a loon and possibly soon like a raccoon, rummaging through trash bins, hissing…

Back to the day of the STD testing. My meditation that day on the beach, ravenously drenched in sunlight and coconut oil, was “let go and let flow,” which is sort-of a mix between Taoist/Buddhist/Jesus-ish philosophy, which is tough for me, because to “let go” always sounds like to “give up,” which I was taught to never do. But I thought, okay, fuck it, let’s try this. Let’s try not trying.

STD clinics are always so somber, as if one is waiting to go get burned alive for past sins, or for simply existing. Perhaps this is the new “church” – discovering your STD status – and we were all waiting for confessional. Everyone is looking at their phone or sitting with their eyes closed, nervous, contemplative, ready to sing a hymn of praise or despair. Many fidget there with an aura of tamed shame. There was even one girl who just couldn’t stand being inside the waiting area with all the other sinners. It was too much for her.

She kept popping her head in the door, “Did they call my number? No? Okay… Uhgghhgh BYE…” She’d slam the door again and again, disgusted, as if by the sight of everyone else reminded her that there were witnesses to her recent sluttiness. Oh yes, my dear, we know. We’re all the same. You’re one of us, we the slut-saints.

I walked in and recognized a cute blue-eyed fella with the same green shorts of a cute blue-eyed fella I just saw at the gym earlier in the day, post-beach-meditation. I had previously tried to get his attention at the gym, sweatily sex-eyeing him there on the leg press, but it was clear he was making love to Candy Crush instead – the great sin of our time, sacrificing the present moment on the cross of being cross-eyed, in front of a rainbow screen of addiction.

He knew it, too, because when I walked into the waiting area of we lady-whores and we man-whores and we trans-whores we nodded and started laughing, as if to say, “YUUUUP,” which began what would become a three-hour long obnoxious and giggly conversation between the two of us and two other homos that we roped in too. Who said you can’t giggle in church? Everyone knows those are the best kind of giggles anyway, the ones that make you feel a little guilty.

He was a Special Ed teacher, and very sensitive to the word “retard.” Another was a Filipino chef with a special kinship to soul food, which I could relate to, since deep down I’m a morbidly obese giggly southern black lady in white face, with ample amounts of chest hair. And the other was a Latino restaurant manager who had just broken up with his long time boyfriend that week. His ex stole his TVs, but left the dog, and left him with having to pay all the rent.

What ensued was the kind of man-to-man camaraderie that most people crave on a daily basis. Brutally honest connection. Schoolboy giggles-in-church laughter. Shooting the shit and fucking with each other the way brothers and lovers do. I’m normally the kind of person who hates layers of formality and secrecy; everyone walks around acting all serious all the damn time, thinking being serious will somehow keep death – or sexually transmitted infections – away. This place just amplified that feeling for me, for all of us.

We couldn’t help but see the situation for what it was: we’re all basically here because we love to fuck and now we’re dealing with the consequences.

You can be all somber and earnest and ashamed about it all, or you can just let the fuck go and laugh at it all. You’re a slut and I’m a slut, let’s break the bread of conversation together and then get pricked with needles that suck our blood, shall we?

The next day we decided to all meet up at one the guys’ places, on his rooftop (named hot tub). We drank shitty champagne and awesome micro-brewed beer in the LA sunset light, shirtless and drenched in coconut oil and chlorine, as bubbles massaged our balls. Bees swarmed around us for some reason, perhaps the country’s last remaining bees, and maybe it’s because they noticed we were all sweet with the sweaty nectar of giggling with strangers connecting over bad music blasting from a boombox.

Later that night, we had dinner at blue-eyed-green-shorts’ place; he and his husband have a cute candlelit suburban bungalow with multiple cats. The Filipino cooked us a lovely meal. I brought the cheapest wine I could find. Some of their other friends joined – a perky-chested trainer and a muscled hairy Japanese fella (yes, hairy Asians exist, and they’re lovely), and we sat at a long found-wood rustic table and discussed the importance of taking care of blind people as they get old and close to dying.

The Filipino was also a nurse. One of his blind patients paints these grand floral paintings and we all oogled-and-ahhed over how amazing they were, passing around the colorful screen of a phone, how he obviously remembered the details of flowers from his brighter days, even the right colors, the nuance of sunlight hitting the leaves and petals, shimmering petals for the dying bees that care more about hot tubs full of buttfuckers these days than pollen.

Which vaporized into a six man all-out sex-orgy on the couch, cards left behind, glasses completely empty. They became glassy Russian spies to how our giggles and sexually-frustrated wiggles replaced the air with groans and moans and the metronome of a dance. With my new friend’s dick in my mouth, and my new friend’s mouth on my dick, I couldn’t help but wonder in that moment, in a trance of engorged and merging blood and flesh and light and words: Am I flowing?

Eventually I let go of trying to figure it out, flowing or not flowing, who the fuck knows, and simply enjoyed what we were all there to enjoy, what we’re always here to enjoy, the ecstasy of connection with what’s right in front of us. And there we were, new waves of men crashing upon one another, a tide of something, a ride on something, and none of us thought about money or honey or what’s not supposed to be funny. We weren’t even thinking at all.

The next day we all got texts at the same time from the AHF. One by one, all clear. One by one, a fury of negatives that actually felt positive. And it stung me, sometimes pimples are just pimples and have nothing to do with the fact that you’re trying really hard to fuck your way to the top of all your problems in the dark, meditating on the secret spaces between your soul that you have yet to discover, with the claws of one more breath, one by one, transcendent, light, clean, floating somewhere between care-free and probably a little bit careless. 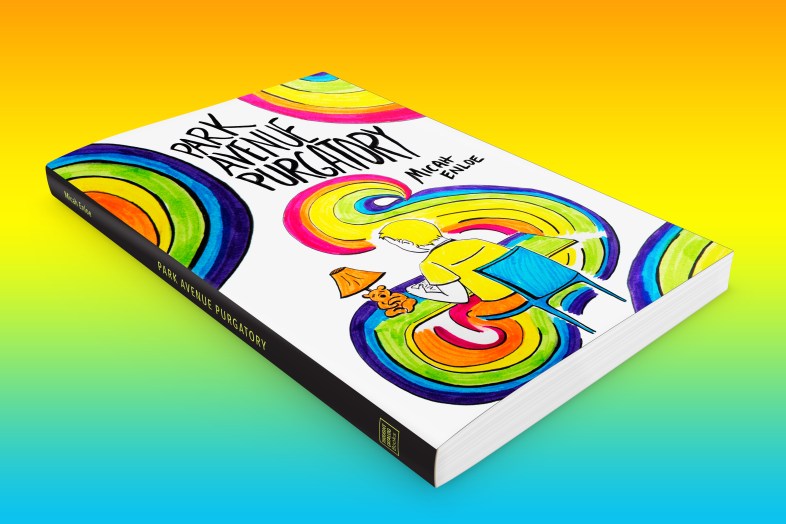 I Was Happy Being Single, And Then The Apocalypse Happened

32 Men Describe The Worst Hookup They’ve Ever Had