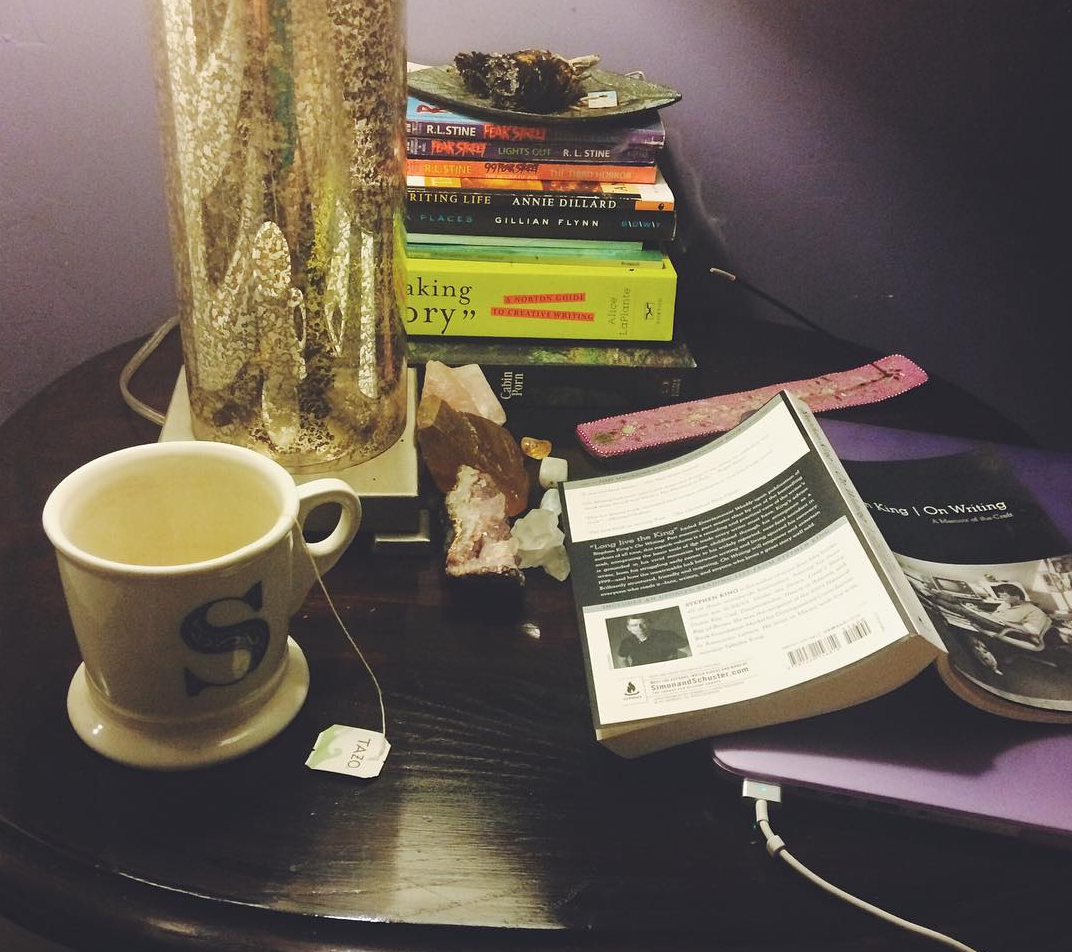 Then wander around the house aimlessly for ten minutes,
Listening out for the click of the kettle.
There’s too much water so it will take ages to boil.
Sit on the sofa and watch fifteen minutes of a tv show before realising you’ve already seen it.
Remember about the kettle.
Run to the kitchen,
Even though it’s only five feet away,
And slowly place your hand on the surface,
And be slightly disappointed when the metal doesn’t burn your skin off.
Step eight:
Boil the kettle.

Steps nine, ten and eleven:
Grab a cup,
Throw in a teabag,
And look for a spoon.
…
Look for a spoon.
Look for some kind of clean cutlery.
Don’t use the knife you’re pretty sure is cursed,
Because every meal you’ve ever eaten with it has been horrible.
Look for a spoon.
Hear the kettle click and give up on the spoon.
Grab the pen off the table and resign yourself to possibly having tea that tastes like ink.

Step thirteen:
Stir the tea and throw the pen on the window sill.
Step fourteen:
Boil the kettle,
Because it sounds nice in the background.
Fish the tea bag out with your nails,
And throw it in the bin.
Go back to watching the tv show you’ve watched a thousand times,
Clutching the cup between your hands,
Feeling the heat seep into your skin,
And question again if you actually have seen this episode.
Take a gulp of tea and realise…
It’s gone cold.

Plod the five feet to the kitchen,
Turning the cup upside down on the way and hope the tea falls into the sink.