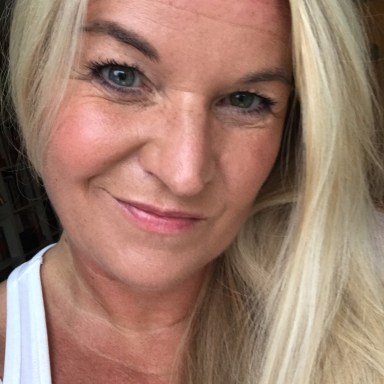 At some point she lost count of all the weird guys she met on Tinder and Happn. Guys just wanting sex. Married guys looking for affairs. Weirdos looking for someone to send dick pics to. Overly clinging ones ready to be her boyfriend before they even met. Finding a nice guy seemed harder than she’d imagined.

But there was a lot of nice guys too. Guys she somehow ended up befriending in some sort of half-weird, flirty friendship because they, at some point, realized they wouldn’t date, yet weren’t really ready to leave each other behind either. They commented with hearts and kisses on each other’s snap stories, sending the occasional message because they just plain liked each other. She never met a single one of them, though they all, without exception, at some point asked her out or for some sort of more personal contact.

The girl turned them all down, for a number of reasons she kept justifying to herself. Some for legitimate reasons, others in pure fear. They weren’t the ones she didn’t want. They were the ones she never gave a decent chance.

But she didn’t. She was sabotaging herself without even knowing.

She wanted the unavailable ones. The ones that would chat with her for hours on end one day, then seemingly fall off the planet the next, just to resurface days, weeks, even months later, blaming work, their ex, kids, or offering no excuse at all. The ones she wanted were the emotionally unavailable ones, the ones who feared commitment more than anything, as they might just have missed out on another prettier, funnier, skinnier girl if they stayed for just a minute to try to get to know her. The ones she wanted were the insecure ones, the ones who hid their fears and low self-worth behind layers and layers of attitude and alpha male behavior. They were like pretty, shiny objects. And she just happened to love glitter.

Unconsciously, she was looking for the guys mirroring herself.

She never realized why she was so fascinated by these guys — or fuckboys, as they all, without exception, turned out to be. She was the emotionally unavailable one. She was the one hiding her insecurities and fears behind a strong, independent façade, not letting anyone get close enough to really touch her heart. She was the one swiping left and right, terrified she might miss out on Mr. Right if she stopped and breathed for just one second to see what she had right in front of her.

It was so much safer this play this way. Commitment is heavy. Burned children are so fucking afraid of fire. And her burns were really, really bad.

The fuckboys and the girl, they spoke the same language. Bullshit, fear, excuses. She kept swiping.