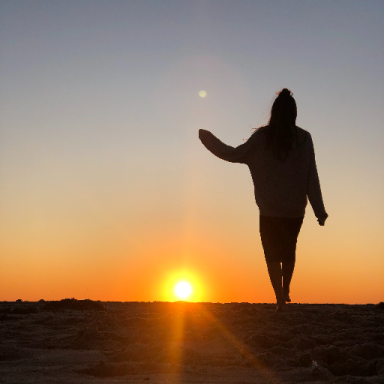 It’s not easy being a witness to your growth. It’s not easy to shed who you once were like a molting snake, leaving traces of your old skin behind and watching the winds carry them away, no longer weighed down to the earth by your identification with them.

There is a grief that occurs in your healing. They don’t talk about that so much.

It’s a messy, complicated, beautiful, and raw place– to have so much unconditional love for the person you once were, a person who wanted to be anybody but themselves.

A grief that longs to relive all the little moments that you took for granted; to be more appreciative of the things you dismissed; to be more confident about the things that made you insecure, for they are your gifts.

Change, but don’t forget or belittle the version of you that made you who you are.

Growth is a shedding, an undoing, a rediscovery, a letting go, and an allowing.

It’s at once an exhilarating high and an unspeakable grief, an open-armed welcome to what lies ahead and the tightest hug to what was.