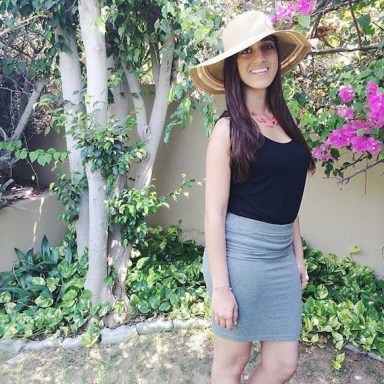 India is huge, amazing, and full of culture. It’s filled with colors, architecture and history. The country has unique traditions and offers mouth-watering food. If you’re already there, thinking about going or will go soon, I’ve put together a list of things you should be aware of to make your travels more comforting and less confusing.

1. The Traffic is Insane

Believe the hype and the movies that show cars not sticking in the same lanes. In Delhi there are a lot of stop signs and red and green lights, but regardless of the rules no one seems to give a damn and no one seems to be doing anything about it. You cannot pay me to drive in India. Driving in Kashmir and other cities like Lucknow, Aligarh, and Meerut is even worse. I haven’t seen that many traffic lights and people indicate their turns by honking. I’m sure it’s the near equivalent everywhere in India. I haven’t been to every town so I don’t want to say something that’s not true but 95% of the roads I’ve been on can be treacherous if you’re not a skilled driver. But people do get around.

2. Do not have the street food or water

This is a given. Food is amazing but if you’re not used to the street food you’re probably going to get sick. Most of the diseases are also water-born so instead of tap water stick to bottled water or sodas, especially if you’re traveling to smaller villages and towns.

3. If you’re a woman, be very careful when traveling alone

As a foreigner you’re probably already going to get strange looks. Cover up; it’ll help. In a conservative country, a lot of men aren’t used to tank tops and shorts. Sadly, India has been reporting a lot of rape cases, as well. Don’t let this stop you from wandering, though. In any country any thing is possible, just keep your guard up. Knowing the exact direction and location when taking a cab is helpful too.

4. Become an expert at bargaining

Do not get intimidated by the fact that you’re a foreigner. When going to street markets or shops, bargaining is natural in India. In my experience, vendors will often give you a high price first thinking that you’re ‘foreign’ and that you’re not going to know it’s worth. Give bargaining a shot. Don’t be afraid to argue.

5. Be aware of the pollution

It’s getting really bad but it’s tolerable. I’ve had asthma so at times a little more dust and car traffic here and there can spark it up again. Don’t feel silly wearing a mask and or covering up with a scarf. Also, it’ll help to carry make up remover with you. The pollution can really sneak into your skin and cause breakouts. If you need to, clean your face as much as possible.

6. Do not pet stray dogs

I recently rescued a newborn puppy from a dog that had been living outside my house for months. I gave it shots immediately and had it cleaned. Dogs in India shouldn’t be messed with. Yes, I did something risky because of the risk of rabies strays carry but that doesn’t mean you should not try to help using safety precautions. I saw a European couple enamored by puppies on the street and they decided to feed and pet them. Next thing you know, a herd of dogs came to get their share of food and it became ugly. Luckily, they escaped. The woman lost her scarf though. There are stray dogs everywhere in India, it’s sad but you have move along for your safety.

7. There are a lot of poor people begging for money

There’s a huge poverty rate in India — due to the overpopulation, there are a lot of people begging for money. It sucks. It sucks even more that most of them are children. I’m someone who gets the urge to help everyone, so it’s hard not to help when I can. I’ve learned, however, that you have to understand everyone has a different way of living. Begging has become second nature. It’s a job. I went to a shrine called a “dergah” in New Delhi one day, where you can buy food stamps for people, give the stamps out and they’ll be able to get a plate of food. I bought so many I couldn’t keep count. It was worse when people kept lining up and hoping you’d get a stamp for them too. You have to tolerate it and find easier ways to help so you know you’re money is going to necessities and not other things.

In certain areas and places in India, you have to know when to cover up. It’s a different culture with different values. Even if you’re a foreigner, you have to respect the rules if you’re visiting a shrine or some other tourist spot. Research the dress code before going to places.

9. You’ll often hear the azan (call to prayer) played on the loudspeakers.

In the north (and many middle eastern countries) there’s a huge Muslim population. Especially traveling to Kashmir and places like Lucknow and Aligarh, you’ll sometimes hear them played throughout the night. Respect the religion and culture.

10. There are different dialects and very distinct cultures throughout India.

Many people I’ve encountered in the US and overseas think Urdu or Hindi is the only language spoken. That’s not true. There’s Kashmiri, Tamil, Punjabi—the list goes on. South Indians look and dress different from North Indians. It’s a diverse country. Every part of India is different, from the beautiful beaches in Goa and Kerala to the Architecture in Agra. People look different and are from different cultures. A common misconception and sadly, racially profiled remark, I’ve heard is “You don’t look Indian?” I always fire back and ask, “What does any Indian look like?”. This confuses them. People think Indians are always dark skinned. If you notice in many Bollywood movies, the actresses have lighter skin tones. My point being, all Indians look different.

If you thought the subway in New York is nuts, the buses and trains are in India are crowded like crazy. When buses or trains are moving, you’ll see a lot of people running along and hopping on. This is not uncommon and I think it’s sweet when people reach out a hand and help each other get on a bus or a moving train. You have to know how to do this. It’s a skill.

12. There are a lot of guesthouses

Depending on what part of India you’re traveling in, sometimes families open their homes and welcome visitors for a stay. In my opinion, it is more of a “welcome home” feel when you stay at a guesthouse.  Compared to staying in hotels (which are actually super luxurious in New Delhi), guesthouses are much cheaper and you get home-cooked food. These are really popular in Kashmir. Be aware though, in a lot of guesthouses and households in India the mattresses are hard—but like comfortable hard. In the US, we’re used to bed from Sleepys and Mattress King but many orthopedic surgeons have suggested that sleeping on a harder surface is better for your back, and from my experience it’s has done wonders.

13. There’s a tremendous respect for elders

You’ll hear kids call you didi, aunty, bhai, or uncle. Even younger siblings refer to the elders by bhai or didi.  These are just signs of respect.

Meral loves to travel, eat a lot of food, and sleep. When she's not writing for her own blog at meralkathwari.com, ...

The Things You Taught Me

All The Things I Should Have Said To You

How To Know If You’re Living An Awake Life