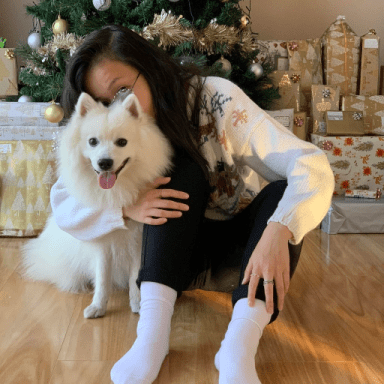 I don’t want a superficial love story where two people fall in love by the idea of each other. I want someone who isn’t a cliche and who doesn’t hide behind the persona they portray to others. A love that is celebrated on special occasions isn’t what I want either. Instead I want to be shown off and admired on days that have no relevance to us and quite frankly – I don’t want my birthday or our anniversary to be an excuse for you to show me off. I just want to feel appreciated.

I want someone who will openly be both sarcastic and flirtatious with me in “banterous” natures around friends and family. Someone who will be open about their feelings towards me and not hide it because they’re afraid of what others will think and say. Someone who won’t hide me because they’re wanting to explore and talk to other people. I want to be worth it to them, where I’m not seen as a second choice. I don’t want empty words of compliment. I want a love that makes me feel excited not scared.

I want someone who doesn’t use cliches to solve problems, cover up issues and for romantic gestures. Instead, I want someone who will really listen and remember the little details. Someone who will be proud of my accomplishments and be my number one fan through everything I do. Someone who calls me ‘perfect’ isn’t what I want. I want to be seen as real. Being treated like a tangible object that only looks good for the first few weeks is definitely something I don’t want to be seen as.

I’ve been told that I have high exceptions but the majority of the things I want is just standard human decency for relationships. People have lowered their standards because they’ve been let down so often and that’s unfair for them. I’d rather keep the expectations at where they are because I know I deserve the best and I also know that I shouldn’t lower them for the satisfaction of others.

I Don’t Want A 21st Century Kind Of Love

Date Someone Who Doesn’t Fuck Around About How They Feel

I Want Someone Honest, Someone Who Never Hides How He Feels

I Want To Fall In Love With You Slowly