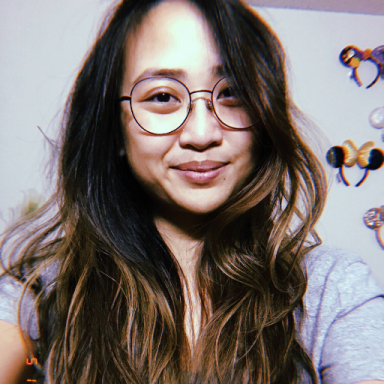 The physical forms of abuse, oppression, or hate for other human beings that we see unfold every single day in today’s world never manifest from nothing. Even the worst of these concrete acts of cruelty never fails to stem from an abstract, single thought, from a single feeling, or from a single misunderstanding, rooted in being unaccepting of persons different from us.

Physical oppression would not exist without mental or emotional oppression present first. This may be the deadliest kind of oppression because no one would think that an intangible thought could cause so much violence. Yet, we rationalize inhumane behavior on account of believing we’re “stronger,” “smarter,” or “better” than those we put down.

How incredibly egocentric is it to automatically think anyone has the right to claim more worth, more value, over another human being, all because of whatever identifiable differences are present?

Let the history of man’s pursuit of superiority remind present and future generations that complacent tyranny, genocide, and brutality—physical signs of oppression—are only allowed when emotional abuse is normalized.

What if harmless human differences—physical and mental—were welcomed instead of perceived as a threat or a sign of weakness?

What if White colonizers hundreds of years ago welcomed the darker-skinned natives from the foreign shores they landed on instead of immediately establishing superiority because of their lighter skin?

What if leaders of nations welcomed and celebrated cultural differences or differing opinions without calling for violence or engaging in either domestic or foreign wars?

What if society welcomed all spectrums of love instead of shaming those who strayed away from the conceptualized “norm” of heterosexuality?

What if anti-vaxxers, anti-maskers, or mental health stigma perpetuators welcomed scientific research and medical facts as legitimate rather than rejecting evidence they refuse to believe in?

What if ignorant, closed-minded bigots welcomed new, different, or evolving ideas rather than sticking to their own ways and refusing to listen to different views?

What if those who held a clenched fist or a wagging finger towards those who are “different” welcomed them with open palms or open arms instead?

Here we are in America in 2020. The struggle for “equality” has never been louder than right now as the demand for humane treatment serves as a cry for help among any and all groups that have been marginalized by society. In these times especially, it is important to remember that true equality is not mutually exclusive. It doesn’t make sense to demand racial equality then turn around and denounce mental illness; it’s contradictory to ask for gender equality but discriminate against race; it’s hypocritical to preach against physical violence but take no prisoners when it comes to verbal abuse.

Harmonious equality for all is a fight that ensures all human beings are treated with the dignity and respect they deserve. 2020 has only further proven that most of us don’t choose to take part in this fight until it’s much too late—we wait until the abuse, oppression, or violence is too intrusive of a reality for us to turn a blind eye. We join thinking we’re taking part in a war, but fail to realize that we weren’t even on the sidelines for the fight that started it all: a battle of human differences categorized by one side thinking they’re better than another. We join the fight with full force to take the system down, but fail to acknowledge that the real root of normalized suffering is silent rejection of “the other”—if turned into acceptance and appreciation, there’s still potential to bring people together, but if unchecked and left to fester, only further divides us by hatred.

On a planet filled with almost 8 billion unique souls, mental and physical human differences are meant to be welcomed and celebrated, not demonized or persecuted.

Watch out for one another better.

We need that now more than ever.

Most of the time, I don’t make sense; but I record my best attempts.