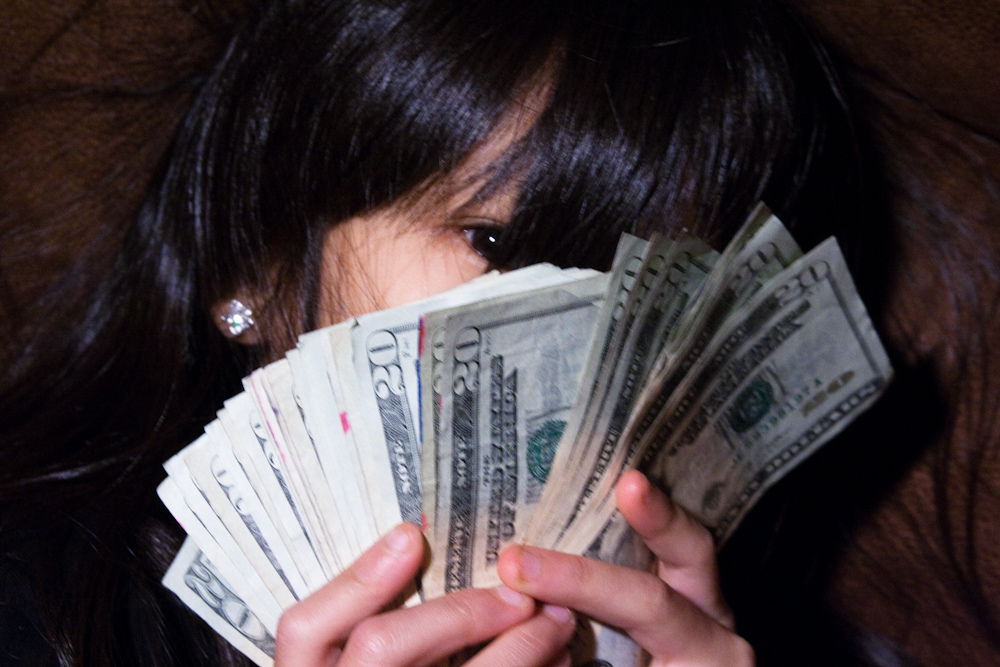 There are currently 316,128,839 people in the United States; of that approximately 77.1% are White, 13.2% are African American, 17.1% are Hispanic, 5.3% are Asian, 1.2% are American Indian, .02% are Native Hawaiian and other Pacific Islanders, and 2.4% identify as being two or more races. (2013 Census) By 2050 Hispanics will make up a quarter of the population and become the largest minority group, African Americans will make up the second largest minority group, due to an expected 15% increase in population. With growing minority presence, the importance of savings is crucial to the future of the US economy and the current state needs to be adjusted. The majority of members within these minority groups have not saved more than 10,000 dollars saved in a bank account. The statistics for money set aside for retirement are even worse. As of 2014, 65% of whites have at least some money set aside for retirement compared to 15.3% of African Americans, 6.1% of Asians, and 2.9% of mixed and other races have retirement savings.

Why do these numbers matter? The entire United States economy may be undermined by minority groups because of their lack of retirement savings. Upon retirement the vast majority of Americans are expected to see a significant drop in their living standards (Pyke). As a country the pay check to pay check outlook on life is common and this is particularly true within minority communities (McNamara). Minority members also have a tendency to be less likely to own bank accounts than white people, yet significantly more likely to have credit card, student loan, and other types of debt. Due to the amount of debt that minorities tend to accumulate it makes it hard for them to even think about saving (McNamara).

Perhaps even more terrifying are the few members of minorities who do save for retirement, look at these funds as emergency accounts rather than as retirement accounts (McNamara). Particularly true with 401Ks, for the most part, minorities would rather endure the fines and penalties of withdrawing money from the account too early rather than having a separate account set up strictly for retirement (Lusardi). With the pay check to pay check lifestyle so common in the US, particularly amongst minority group members, having a savings account seems almost unimaginable to most.

In another study, conducted by the department of labor, looked at the bank accounts of individuals who were the same age and made the same salary ($30,000-$59,999) the only thing that divided the employees looked at was race. Their findings reported that whites had on average $35,551 saved for retirement, while Asians had $32,598 saved, Hispanics had $22,017 saved, and African Americans had $21,224 saved (Billings).

Why are minorities so reluctant to open bank accounts? As touched on earlier, the vast majority of people in minorities do not own a bank account. The main reason for the lack of bank accounts is due to a lack of trust. Minorities do not feel as though they can trust a system that excluded them for such a long time. Being excluded from the banks and events such as Great Depression and multiple stock market crashes over the years have left minorities confused, wondering if they should trust banks with their money (McNarma).

In the US 50% of Asians and 30% of Whites reported having a Bachelor’s degree or higher, in comparison only 18% of African Americans and 13% of Hispanics reported at least a Bachelor’s degree. Minorities are less likely to have retirement savings plans because as a whole they are more likely to have a part time job than a full time job. Part time jobs often do not have access to employee sponsored retirement funds, and in most cases do not provide any guidance on retirement at all. Job rank deals impart to level of education, statistically it has been proven that the higher your education level the more likely you are to work full time. Therefore minorities are more likely to work part time and often part time jobs do not offer retirement savings plans (Pyke).

These statistics explain why white people are more likely to hold full time jobs in fields such as finance, sales and many other jobs (Pyke). In comparison minorities are more likely to hold part time positions, particularly in retail, government agencies, and factories. In most of these part time positions 401K plans and other employee retirement plans are not an option (Pyke). Currently only 54% of working minority members have the option of saving for retirement through employee sponsored plans, meaning that 46% of working minority members do not qualify for these plans. (Pyke)

It seems that messages about the importance of savings, especially retirement savings have not yet reached the majority of minorities, this is alarming. Fortunately there are a few companies doing a great job of informing their employees about retirement savings. McDonalds, in particular, has done a phenomenal job informing employees about the company options for retirement savings and has made active attempts to assist employees in their retirement planning, besides just pushing financial literature. They have even gone as far as automatically enrolling managers in a 401K program within the company (Young). Unfortunately McDonalds is one of a select few companies who has taken such an active role in prepping for its employee’s retirement. McDonalds is on the right track, but one corporation can not change the system, hopefully will inspire other corporations to do the same.

If minority spending versus saving habits continue in this direction, minorities will do significant damage to the United States economy. Something needs to be done immediately to turn this downward spiral back up. The first step in bridging the gap is to identify how minorities differ from the majority and what causes them to have such a lack of retirement funds. Next it is crucial to identify who can guide minorities as they work towards securing their financial future. As mentioned in this paper, the majority of people in minorities do not pursue higher education and most have a degree no higher than the equivalent of a GED or high school diploma. How can the importance of saving, particularly for retirement be taught to this vast majority of the population.

Minorities tend to have a stronger bond to families compared to white people. Additionally because of this bond they tend to feel more selfish putting money aside that can only be touched 10 to 15 years from now, when they have family members that need that money now. (Kertesz) minorities tend to prioritize being a home owner or going to college over saving money. These activities put minorities in the way of debt, often leaving even less room for saving money. Providing help to guide minorities through life, while demonstrating the importance of saving and methods of doing so is critical to solving the minority savings gap.

Identifying who the people are that can help minorities realize they can still live life and save is the next crucial step in solving the retirement savings crisis. Companies like McDonald’s are providing good platforms for workers to enroll in retirement savings programs, but more can and needs to be done. Employers need to be working with their employees to find what the right retirement savings plan is for them. Making it so that at least some of the employee’s paycheck has to go into a retirement plan is another way to help people prepare for retirement. Additionally providing rewards for companies who participate in these types of programs is another way to help minorities get informed. If companies are offered a tax break or some other type of lucrative bonus for having the most employees enrolled in retirement plans it would give the companies incentives to help out their employees.

For the most part the vast majority of minorities do not have a degree in higher education. This means that in order to reach members of minorities about the importance of saving, particularly for retirement, they need to be reached at the elementary and high school levels. Setting up programs and including financial responsibility into the national curriculum at both the elementary and high school levels could prove to be extremely beneficial. Arming people with the knowledge to save for their retirement and showing them different options at a young age, will only help the current situation we are in.

Additionally the pamphlets and informative techniques used today are no longer going to be enough. In order to reach out to minority groups, new tactics of getting the information is not the only thing that needs to be evolved. Retirement savings information needs to be designed with a marketing aspect, not just an informative piece of literature. Making retirement savings relatable and relevant to minority groups will most likely boost their participation in looking to secure their financial future.

While making literature relevant and relatable is important, the overall message in the materials needs to be simpler. Plans need to be explained with simplistic summaries that talk about the main points including benefits of the plan and fees associated with it, also including any additional information. Multi language information also needs to be made available. Developing banks that specifically target a particular race may also help to bridge the gap, by making minorities feel safer trusting their money to a bank that has the same values that they do. Ultimately, these plans must be readily and easily accessible to all.

However getting minorities interested in retirement savings does not have just one solution. In fact it is going to take a whole host of different tactics to motivate and excite people into the fascinating world of financial investments. Arming minorities with knowledge about their financial future is not only important to them, but also to the well being of the United States economy. This issue is pressing and time is the enemy, with minorities nearing the majority of the population, it is crucial to start getting retirement savings rates up. If actions are not implemented soon the gap will just continue to widen until the American economy as we know it ceases to exist.

These are sources that I used for ideas and themes throughout my paper. All of the information that I have learned about minority savings came from the sites listed below.

FRB: Retirement: Report on the Economic Well-Being of U.S. Households in 2013. (n.d.). Retrieved December 10, 2014, from http://www.federalreserve.gov/econresdata/2014-economic-well-being-of-us-households-in-2013-retirement.htm

Lusardi, A. (2005, September 1). Financial Education and the Saving Behavior of African-American and Hispanic Households. Retrieved December 10, 2014.

This Is How You Maintain A Luxurious Lifestyle While Still Saving