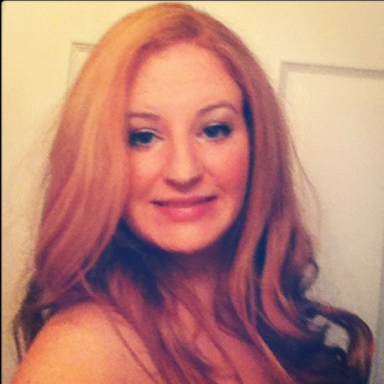 By Melissa McCarthy Updated January 28, 2019
Which Leonardo DiCaprio should you marry?

It’s 8pm on Saturday night, and I’m hibernating in my bed. Alone. While any single girl in my shoes, er socks, would be getting all Fifty Shades of Grey with some sexy celeb in their head, it’s been weeks without so much as a Saturday night sext, and I’m all Ryan Gosling’d out. Tonight calls for some creativity. So, as I sit here sipping my Bailey’s coffee (I know I’m one cat away from becoming THAT girl) I’m getting all IMDB instead.

I decided to revisit an old faithful- Leonardo DiCaprio. He’s like a fine jug of Carlo Rossi wine- I loved it at 14, I love it at 29, and it can always be relied on to get the job done. From the days when his face plastered my ceiling and walls until today, the man can do NO wrong. His movies are always great, and I swear, he just gets better with age. So, I started thinking about which of his movie characters I would let put a ring on it. Here’s what I came up with:

Sure. Jay Gatsby is handsome, mysterious, and RICH. Yes, his mansion parties eat Bushwick warehouse parties for breakfast. But, even if I could get past him stalking his ex, dude’s got NO game. First, you’re going to throw me an epic party, but not invite me and just hope that I magically stumble upon your doorstep? How about a phone call?! Then, you’re going to send your friends to “hook it up.” What is this the 5th grade? You might as well have your friend pass me a note in the schoolyard that says, “Do you like me? Circle Yes or No.” GROW UP, slob.

I just don’t like that Cobb could get inside my head, literally. And, he’s way too hung up on his wife for my liking.

Billy Costigan’s got so much going for him. He’s Irish. He’s the perfect combo of good guy and badass. And, that accent. SWOON. It’s wicked sexy. But, there’s about a 99.9% chance that he’s a Red Sox fan, and I just love my Yankees too much.

While long walks on the beach and suntan lotion rubdowns by a shirtless Leo are the stuff wet dreams are made of, Richard is certified bat shit crazy. I don’t want to get dragged around Weekend at Bernie’s-style, in search of some magical beach. I definitely don’t want to share my man with Tilda Swinton, no matter how much blackmail is involved. And, I don’t want to date a guy who plays too many video games, nevermind a guy who thinks he’s a character in one. Unless you’re flying around in the raccoon suit from Super Mario Brothers 3, count me out.

While Arnie Grape seems like a good time, he’s just not for me. For starters, I sometimes like to get a little crazy in the shower, and dirty, salty balls just aren’t my thing. I guess I wouldn’t complain about Johnny Depp chaperoning us everywhere, but I have my own dysfunctional family; I don’t need another one. Oh well, “Match in the gas tank. Boom! Boom!”

I just don’t think my roommate would appreciate crackhead Leo banging on the door every night, begging for my rent check to spend on drugs. It’s not even the addict in Jim Carroll, as much as his rabid dog mouth that really freaks me out- someone please get that boy some chapstick! Plus, let’s face it Marky Mark was wayyyy hotter in this movie anyway.

I remember watching this movie with my friends because we heard there was a full frontal shot. However, I like my men to like vaginger, and Arthur Rimbaud certainly does not. I’m a big enough mess in life without having to be a gay man’s weird beard.

Romeo is a pansy that falls in love with everything wearing a skirt, but I could literally rewind the fish tank scene in my mind forever. Plus, I just can’t stop thinking about how meow-worthy Jesse Bradford looks while “waiting with a gun and a pack of sandwiches,” for Romeo. That man really has his priorities straight. #TeamMontague for life.

As cliché as it is, Jack Dawson was almost the winner of my hand in marriage. He’s poor, he knows how to party, and he looks awfully good when you dress him up and parade him around. I also love that I could tell him “I’ll never let go,” but actually move on to the next one and still end up with a fancy necklace (and not of the pearl variety).

But my real soulmate is:

Frank Abagnale Jr. and I belong together. He’s young, he’s rich and he could literally be anything I wanted him to be- a pilot, a doctor, a lawyer. Can you imagine what our sex life would be like with all of that role-playing? Me-ow. Then, after spending time in prison, which just made him a sexier, hardened criminal (I hope he left with some tattoos), he got a job with the FBI where he invented unforgeable checks, and became a millionaire again!

So, now that I’ve called dibs on young Frank Jr, I pose the question to you: which Leonardo DiCaprio character is right for you?

Melissa is a living, breathing ginger lurking around the NYC area. Oh, and she writes, too. Follow her antics at ...

10 New Movies You Won’t Want To Miss This Summer

Wonder Woman Is The Strong Female Character We Need, No Matter What Body Shamers Say