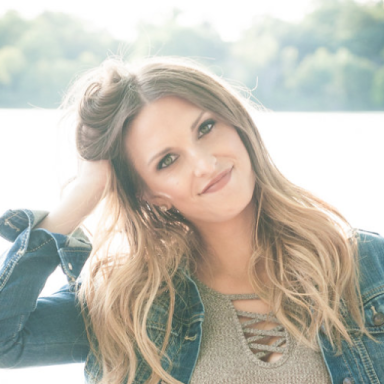 I know it’s tempting to think it’s all about you. To think that the reason you’re still single after so many failed attempts at finding Mr. Right is because there is something wrong with you. It’s easy to let other people off the hook and beat yourself up thinking about all the things that are wrong about you. But here’s the simple truth: It’s not about you.

I recently had a powerful moment with my psychiatrist. I was telling her that after going on so many dates that lead to nothing, it’s hard not to feel like something’s wrong with you. She looked me straight in the eyes and said, “Listen, there is nothing wrong with you.” What’s funny is I could have had a hundred people tell me that and not really take it in, but something about the way she so confidently and matter-of-factly said those words really resonated with me. I believed her. I think there are times when we all need that affirmation. Times we need to hear and believe that we are perfectly imperfect and that there is nothing wrong with us.

That’s not to say that things you’re doing or holding on to may not be contributing to your lack of connected and intimate relationships. I think it’s always important to look introspectively at thought patterns and emotions that may be keeping you stuck in the same situations, but it’s equally as important to realize it’s not all about you. So many factors come into play when you’re trying to build a meaningful relationship—timing, mental, physical and spiritual compatibility, and emotional maturity, to name a few. All of these things have to align for a successful connection, and more often than not, they just don’t. That’s not a bad thing, it’s just the process we need to go through to find our match. For some people, it happens at a young age, and for others it takes a long time to fit all those puzzle pieces together. Neither way is right or wrong. Remember that.

I think one area we do need to hold ourselves accountable in, however, is recognizing our desires and creating boundaries around the people and situations that ultimately don’t align with our vision. It’s up to you to uphold your values and your dreams for a relationship. If you’re looking for a serious, committed relationship, stop settling for guys that want a casual fling. If you’ve put in your time and a relationship still isn’t moving forward, cut it off at the knees and move on to someone who is seeking the same things you are. There’s no sense in waiting around for someone to be ready for you. You are worthy of love just the way you are, and you deserve the kind of relationship that makes you feel safe and secure. Please don’t settle for something less than you desire. It’s not worth it and will only create resentment in the long run.

When you’re feeling lonely, like you’ve been left behind while all your friends are getting married and having children, it can be easy to settle for an almost relationship. You know, the type of situations that have all the benefits of a relationship without the intimacy and security of a real one. This type of relationship can calm your loneliness for a time, but it will always feel lacking. You’ll be left feeling like you aren’t good enough for the other person to commit to, and trust me, that’s not a fun feeling.

A male friend of mine recently told me that before he went on a Bumble date, the woman he was talking to told him straight up that she was looking for a husband and nothing less. And instead of being turned off by her straightforwardness, he admired her resolve and direct approach. That story clicked with me and made me realize (once again) that people appreciate authenticity. There is no benefit to pretending you are okay with something that you’re not or trying to fit into someone else’s mold for what a relationship should look like.

If you’re happy with an almost relationship, then more power to you. But please don’t settle for love crumbs when you desire the whole loaf. Someone out there will be happy to give you all the love you desire, but first, you have to stop settling for less. You have to remind yourself over and over again until it sticks that you are just as worthy as anyone else of true, lasting love. Your ego may fight you for a while on this thought. It’s going to pull up all your past relationships as proof that you aren’t ready for or don’t deserve this kind of love. But you have to remain steadfast in your beliefs until it’s ingrained in your heart and mind.

Find a mantra that resonates with you and repeat it over and over in your mind until something shifts and you truly start to believe it. Once you believe it as truth, you will find it’s easier to hold on to your values and desires. You will find it easier to say “no, thanks” to the people that come into your life with different agendas than yours. You won’t be tempted to stay in that half-ass relationship that leaves you wanting more.

Relationships are complicated, especially in this modern world of dating. The ghosting and lack of commitment perpetuated by dating apps can make it feel impossible to trust yourself or to find true love. But chivalry is not dead and true love does still exist. It’s just a matter of creating the space for it in your life, inviting it in with the knowing that you are worthy, creating and sticking to boundaries that align to your vision and then accepting and appreciating it when it arrives. Please don’t allow your relationship fears to sabotage something good when it comes along. And for God’s sake, don’t let the person stringing you along in a half-ass relationship stop you from pursuing something legitimate and sincere. If they can’t meet you halfway on the love bridge, it’s not meant to be and it’s time to move on.

I love elephants and just about died when I read that they consider humans to be “cute” in the same way humans consider puppies to be cute.