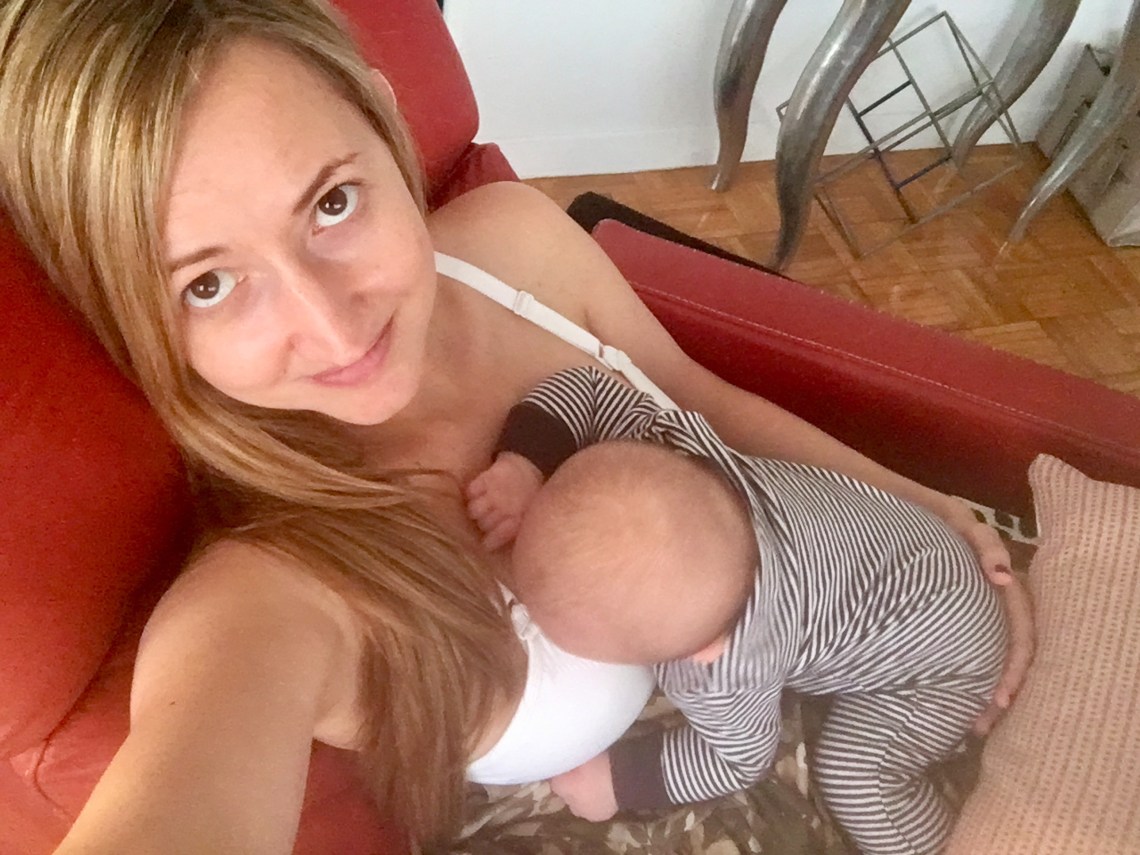 Perhaps this seems obvious, but if I’ve learned one thing, it’s that the most beautiful truths often lurk within the most obvious realities: Getting pregnant and giving birth is a life-changing decision. And not the kind of life-changing decision that eventually dissolves, like moving to a new city, executing a career pivot, or adopting a pet. That new city will soon feel like home, that new job will gradually become second nature, and that pet won’t actually live THAT long.

Having a child, on the other hand, is a lifelong commitment to a certain kind of chaos.

And the weight of that commitment probably won’t hit you until that tiny, defenseless baby of yours exits the womb and lies asleep—or writhes and wails—in your arms. Until you look upon the little life you’ve created and realize just how fragile it really is. Until you see, firsthand, that your baby is completely dependent upon you for their ongoing survival. That they are a product of you. That they ARE you.

You are fated to love your baby unconditionally. And you will ache to snuggle him or her whenever possible. Even when your child isn’t around, you will feel their presence, like a phantom limb. They will be with you, on some level, always.

But unconditional love is the easy part.

Being a new mom is really about a subtle, permanent shift in perspective. It’s about making room within your identity for being a parent on top of everything else. Prioritizing differently. Making quicker decisions. Ditching the shit you used to tolerate—like a toxic friend, or a labor intensive hobby—entirely.

It’s about accepting the fact that you can no longer ensure there’s a spare bottle of Listerine beneath the bathroom sink at all times. That the laundry will pile up. That you will sometimes run out of paper towels. That you might have to order takeout one night because there’s absolutely nothing to eat in the fridge. That you might crash at 7pm on a day your baby wakes, unexpectedly, at 4am because their fifth tooth just decided to pop out.

Suddenly, you lack the options you once had—to leave the house freely, to eat whenever you want, to watch a movie or sleep for a lengthy stretch uninterrupted. But you’re not bitter about it. You answer to someone else at all hours of the day. But they’re not your superior. They’re your kin.

When you become a mother, you are inevitably overwhelmed by a newfound sense of responsibility.

And there’s no turning back. You’re a parent, period. You dive in, and there’s no step ladder off to the side. The only choice is to figure out how the fuck to swim day in and day out, knowing that you will falter again and again. There will be times when you choke on water for so long, you think you’re about to drown. Because you are! But then, somewhat miraculously, you figure it out.

The most dramatic aspect of being a new mom isn’t the undying love you have for your child. That’s natural. You’re programmed to feel that way from day one. Being a new mom is really about the accumulation of tiny changes you must make to accommodate your little boy or girl for the rest of your life. It’s about acquiescing to parenthood—because you’ve made that choice. Because that’s what’s required. And if you don’t, no one else will.