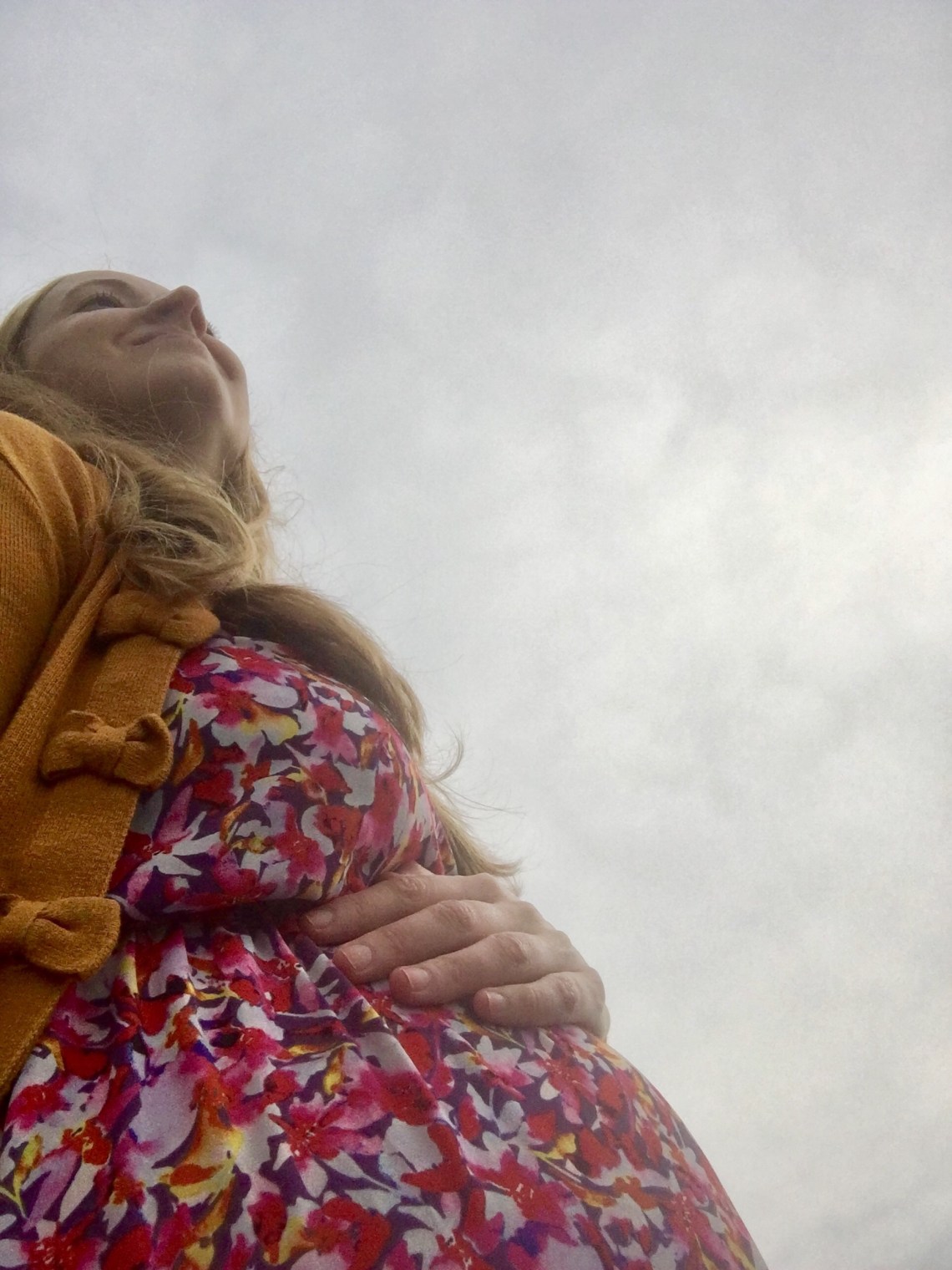 1. The ‘I Lovvvvvve Being Pregnant’ Mom To Be

OMG kill me now. First of all, we don’t believe you. Second of all, we don’t believe you. Third of all, if you really have convinced yourself that you’re obligated to enjoy every single second of pregnancy because it’s a miracle you’re blessed to be experiencing or something, no one else needs to know—except maybe your significant other, your best friend (who will happily corroborate whatever charade you need them to since that’s what besties do), and your parents. Please stop proclaiming your love of pregnancy to the rest of the world, particularly to those of us who aren’t relishing every bloated, skin-stretching, exhausting minute of it.

She doesn’t hold back—at all. If her breasts are particularly swollen and sore one morning, you know about it. If her vagina’s excreting more goo than usual, you know about it. If sex with her significant other is suddenly strange because her bump is so big that getting into a comfortable position proves difficult, you know about it. There’s no pregnancy related problem or symptom that’s off the table in day-to-day conversation. It doesn’t matter if you’re a friend or the cashier at Trader Joe’s. It doesn’t matter how much you care about what pregnancy is actually like. And it certainly doesn’t matter if you’d really rather not know about how her nipples are slowly changing from a blush pink tone to a deeper redish hue. She will share whatever she wants with you, without an ounce of shame.

3. The Micro Milestone Obsessed Mommy In The Making

She’s a walking checklist of her baby’s latest accomplishments and the kid isn’t even breathing yet. As her developing fetus goes from plum to peach to key lime in size, she takes pride in every millimeter of growth, marveling at the miraculous process taking place inside her womb. With every little change in her own body, she feels additionally satisfied. She doesn’t just mark the major milestones like learning the baby’s sex and feeling the first kick. Week to week, there’s always a new reason to be over-the-moon exuberant and to snap yet another “belfie”! The day she can no longer see her feet thanks to her protruding belly becomes a noteworthy occasion. So does the day her belly button officially goes from innie to outie. And any moment she slips and says something silly because—whoops—pregnancy brain!!!

4. The Sanctimonious, Totally Sober Mom To Be

So you’ve decided to abstain from alcohol altogether for the 40 weeks you’ll spend building a little life, plus the months you’ll spend breastfeeding said tiny creature. Go you! Your body, your choice! But let’s not pretend that the pregnant woman nursing an occasional glass of wine is any less well-equipped to parent or any less invested in her baby’s longterm health and happiness. According to the most recent studies, enjoying some wine here and there won’t do any damage to a pregnant woman’s developing fetus. If you can’t bring yourself to comprehend why a pregnant lady might choose to relax by imbibing a reasonable amount of vino, keep it to yourself. The chill girl enjoying her booze has read all of the same articles you have and arrived at a different conclusion. Respect her.

5. The Sanctimonious Caffeine-Free Mom To Be

The CDC currently recommends that women who’re knocked up limit their caffeine intake to 200mg per day. That’s probably a conservative estimate, but for caffeine-phobes the most sensible route is to deprive oneself of coffee and tea altogether when you’re with child. They’re either THAT dedicated to being pregnant, or THAT comfortable with droopy eyes. So be it. If you’re one of these types, that’s your prerogative. Just don’t waste your energy disparaging the woman you pass on the street with a bump, a smile, and a grande latte in hand. After all, she’s not judging you for being so tediously ascetic.

6. The Way Over Prepared Momster In The Making

She’s the Tracy Flick of pregnancy and you kind of want to strangle her for being such an overachiever. (She’s also the first person you reach out to with bump related questions, but that’s beside the point). An avid mommy forum participant, her birth plan is five pages long, singled-spaced, and she’s read up on literally every possible thing that could go wrong while pregnant or caring for a newborn. She’s a walking dictionary of terms like SIDS, colostrum, preeclampsia, and doula. She’s consulted at least five lactation experts and enrolled in at least three birth classes. And it’s not enough for her to collect all of this information for her own purposes. She can’t help but share every single bit of intel she acquires—through mommy forum mining and non-stop Googling—with all of her pregnant peers. She’s even set up an exclusive group chat to disseminate her favorite fun facts and cautionary tales.

You’re really going to get one? You know it’s drugs, right? Maybe you should wait and see how you feel day of. Your body was designed for childbirth, so it’s nothing you can’t handle. I’ll send you some literature! Blah. Blah. Blah. If you’d rather skip the epidural so you can later regale people with stories of your strength and valor, you’re entitled. But if a lady would rather go with the drug flow to avoid unnecessary pain, please allow her this freedom. Sure, women were birthing babies for thousands of years without the help of pain-alleviating pharmaceuticals. Know what else they were doing? Living under miserable circumstances by modern standards, contracting gross diseases, and dying way young.

8. The Breast Is Best Enthusiast

If only the word “formula” rhymed more easily, I think we’d have a fairer fight between boob food enthusiasts and their formula dedicated counterparts. Unfortunately, there’s no musical catchphrase for those who, for whatever reason (which is their business and theirs alone), choose to skip breastfeeding altogether. Yes, the antibody rich breast milk your body produces all on its own is awesome. But it’s not the only option. Don’t fool yourself into thinking that you’re a better person or parent for letting an infant suckle on your nipples for however many months.

So you want to give birth in a tub! We get it. The baby’s been swimming in amniotic fluid for nine straight months, so a warm water gateway seems like the gentlest way to introduce your new little human friend to the art of breathing air. That’s all well and good. Just don’t demean the rest of us who would rather stick with the tried-and-true hospital gown and bed scenario. We’re not all the aquatic type, you know.

She’s a mom already, and she’ll remind you of that every opportunity she gets. She knows what she’s doing when it comes to breathing, kegels, birthing, and everything in between. She barely has to Google anything! Plus, her body’s already accustomed to all of the hormonal swings and the stretching. She’s probably even gaining less weight this time around because she’s being so smart about everything. Tap her for wisdom—just don’t let the bitch’s smug ‘tude bug you.