Skip to content
Report This Article
What is the issue?
My older sister Céline died at age 30 in 2009. I miss her to death (she’d appreciate the terrible pun!), especially when I think about everything she taught me about life in general. Below are just a few of the many lessons gleaned from the (mostly) glorious 27 years we spent together here on planet Earth. 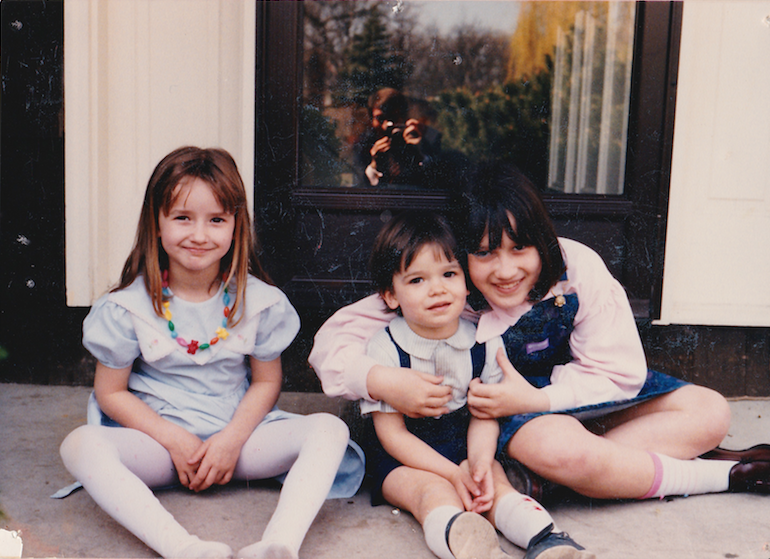 1. Two kids are way more powerful than one. At least when it comes to wearing your parents down.

2. You can learn a lot from eaves dropping, especially if you don’t get caught. But what you learn can also get you in a lot of trouble.

3. Your parents are definitely as weird as you think. But so are everybody else’s.

4. Little brothers are especially useful for fetching stuff, which is really handy when you don’t feel like moving from the couch (i.e. always).

5. A well reasoned argument is usually more effective than screaming your face off, whether you’re trying to convince an adult to buy you a shearling vest, or to give you a raise in your allowance. Usually.

6. Sharing a bedroom sucks. Until you don’t anymore, and you more-than-kind-of miss having your sister as a roommate.

7. If you want your parents to purchase delicious (read: junky) snack foods, it’s best to accompany them to the grocery store and make yourself helpful in between tossing a bag of Doritos or Fudgsicles in the shopping cart.

8. A lot of teachers use the same test questions year after year, so it’s totally worth saving that shit for the next gen—if not to be nice, to stockpile valuable material for bartering and bargaining with your younger sibling(s).

10. It’s also worth making up some words to replace boring terms and to represent specific feelings the dictionary doesn’t cover. For instance, artfarber (n.): the particular brand of comfort you take in watching reruns of Friends because you associate that show with someone you adore.

11. Speaking entirely in code in the company of strangers is highly amusing and sometimes necessary.

12. There’s no better bonding experience than laughing with someone you love at the exact same points during a movie, especially if it’s not a comedy.

13. There’s no better way to experience nostalgia than to quote one of your favorite childhood movies and crack up with your sibling over just how ridiculous you once were—and, of course, still are.

14. There’s nothing more hurtful than witnessing someone who owns a piece of your heart be humiliated, insulted, bullied, or mistreated in any way. Sometimes, vicarious pain is even worse than the firsthand kind.

15. Ending a fight with someone you respect and admire doesn’t always require reaching a clearcut resolution.

16. Sometimes it’s best for two people to swallow their pride, walk away from a divisive issue, and move forward. It’s unreasonable to expect that you’ll be able to agree with any single person about everything. And peace is almost always worth a blow to your ego.

17. Sorry counts for a lot. But you have to say it with your eyes.

18. You’re allowed to talk shit about your family sometimes, but no one else is—ever.

19. The sibling bond is unbreakable. No outsiders, differences of opinion, or blowout fights can undermine it for more than a short stint. Sisterhood really is forever, even after death.

Read this: 50 Awesome Truths My Sister Wrote Down Before Dying

He Was My Air And I Was His

My Life Changed The Day I Met You