Skip to content
Report This Article
What is the issue?
As Editor in Chief of Cosmopolitan for 32 years, Helen Gurley Brown successfully rebranded the publication as a sex-positive magazine for single career women. She also wrote several best-selling books, including “Sex and the Single Girl” (1962) and “Having It All” (1982). Below are 35 brutally honest, inspiring quotes from the badass feminist on men, success, and looking “edible.” 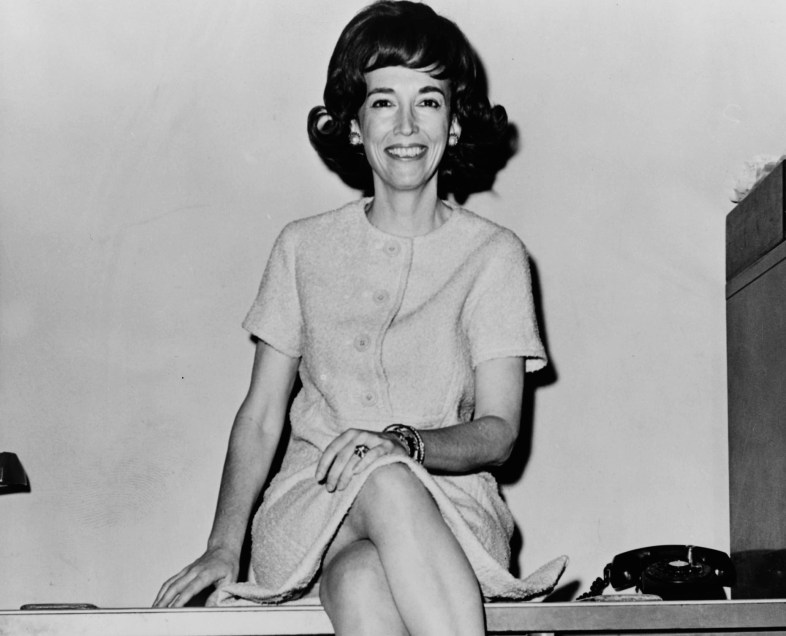 1. “The sexiest women are the achievers, for they are the most interesting and exciting. They challenge a man by being as desirable, sought after and respected as he is.”

2. “Men are more impressed when your job equals theirs, or is at least a serious one.”

3. “This is how it works: You get to a man by dealing with him on his professional level, then stay around to charm and sexually zonk him.”

4. “There is no way to succeed and have the lovely spoils—money, recognition, deep satisfaction in your work—except to put in the hours, do the drudgery. If you give, you get. If you work hard, the hard work rewards you.”

5. “As for the act of sex, I think passion for work and passion for a man are totally related—you do everything with energy and heat. So, yes: you can love deeply and be an enormous success.”

6. “So much for princesses being happy just begetting little princelings and playing palace.”

7. “F. Scott Fitzgerald said to his daughter Scottie, ‘Your mother learned too late that work was dignity…the only dignity.’ Never mind dignity. Nothing is as much fun as achieving.”

8. “Even lovely stay-homes, with incredible homes to stay in, closets full of Adolfos, and garages full of Mercedes-Benzes get left out in the garage with the Mercedes because they don’t have an identity aside from being somebody’s wife and mother.”

9. “Rich or poor, you have a better chance of keeping him—and keeping him interested—if you belong to something or someone besides him.”

10. “To direct others you don’t have to raise your voice one decibel or look less than edible.”

11. “Workaholism is different from other ‘isms.’ Don’t let people badmouth it to you!”

12. “Drive is need, that need that is always, inexorably, connected by the anklebone to self-discipline and work!”

13. “Early-in-life problems can be the yeast that makes you rise into bread!”

14. “Nearly every glamorous, wealthy, successful career woman you might envy now started as some kind of shlep.”

15. “If you aren’t ‘overbooked’ or ‘overcommitted,’ there’s a very good chance you aren’t getting half enough out of life or out of you.”

16. “People’s lives change. To keep all your old friends is like keeping all your old clothes—pretty soon your closet is so jammed and everything so crushed you can’t find anything to wear.”

17. “Do get credit if you can—no use coming in on Saturday to straighten the files if no one ever knows you were there.”

18. “Need, yearn and work—that is the kind of aggression that brings success, not acting dramatic.”

19. “Whatever you feel you look nice in is what you probably ought to be wearing, provided it isn’t slashed to the navel or dripping with lace.”

20. “Of the millions of naughty suggestions made by millions of male employers to their ‘defenseless’ female employees yearly, I’d say half cheered the girls up, half brought the girls down, but probably nothing bad has come out of most of them.”

21. “You’ll need all the charm you can muster to be persuasive and comfortable to be around, and charm isn’t masculine or feminine.”

22. “Rapt attention between the opposite sexes does tend to have a sexual quality, however, and so, to some extent, one could accuse you of ‘using sex’ in business when you gaze straight into his eyes. That’s okay. The sexual you is part of the whole you and doesn’t snap off—God, we hope not, anyway!—between nine and six.”

23. “At any rate, you can think sex and still do business—I’ve done it for years!”

24. “It is idiotic not to use all the resources you have.”

25. “As for sex impeding the workload, I think sexual tension and electricity between men and women in an office help get the job done. Trying to please someone you’re nutty about can be productive.”

26. “As for not sleeping with the boss, why discriminate against him? It’s like sleeping with anybody else; there are the good times, the bad times, and the affair probably won’t go on forever, but the liaison doesn’t necessarily affect the P and L—yours or the company’s.”

27. “Bungling along as though you understand when you don’t is insane and can get you into big trouble.”

28. “There’s something to be said for not knowing too much. You don’t know all the don’ts, so you dare to try where others who know more won’t try at all!”

29. “Being snotty with people under you is idiocy.”

31. “Don’t worry about vulnerability. You can and will hurt many times, but the hurt can’t really hurt you. Getting behind the hurt, using it to ‘power’ you to your next project can even make you more successful.”

33. “Love your office and your office mates. Just don’t try to have office love make up for the other kinds, or expect it to survive separation.”

34. “Drive is frequently deciding not to something—not eating nine hundred calories at lunch, not mucking around wasting your day—as much as it is doing something not so pleasant that’s tough on your brain or body.”

35. “Go to college to get an education, to learn how to think, to grow up, but you have to work in a job to learn anything and move to a better one.”