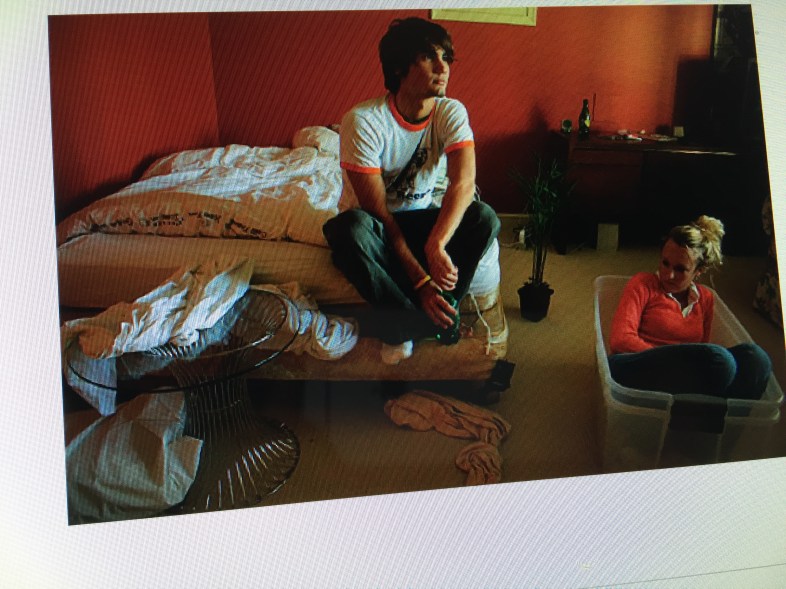 1. Be up front about your pet peeves, and agree not to push each other’s buttons. Maybe you can’t stand nail biting, or you hate overhearing phone conversations with customer service agents, or the sight of an unfolded towel or an uncapped Listerine bottle drives you Britney-Spears-circa-2007 insane. It doesn’t matter how weird or irrational your pet peeves are. When you’re sharing a home with another imperfect human, you have to be honest about all the tiny little things that make you want to stab your own eyes out with a toothpick. Then you have to ask your partner to avoid doing those things in exchange for the reassurance that you will try your best to avoid doing whatever makes them want to dive into an empty pool. Otherwise, you might just kill each other.

2. Pledge to have sex regularly—even when you can’t stand each other. If you’re sharing a bed with someone, there’s no reason not to have sex several times a week. Sexual intimacy triggers the brain’s feel good hormones, urging you to associate pleasant sensations with the person you’re banging. Bottom line: You’re ten thousand percent less likely to annoy the fuck out of each other if you’re fucking consistently. You don’t even have to be on good terms to reap the benefits of bumping uglies. And if the value of maintaining a peaceful relationship isn’t enough to sell you on the idea of routine lovemaking, consider nooky a favor to yourself. Because even if you’re pissed at the person who gives it to you, an orgasm is pretty much always awesome.

3. Don’t be afraid to go to bed angry. All healthy couples fight, and when resolution doesn’t come quickly, things can devolve into nasty don’t-expect-your-desert-vagina-to-get-wet-anytime-soon-because-I-can’t-stand-you territory that’s typically better left unexplored. If you sense that you’re not going to see things your partner’s way as bedtime approaches, go the fuck to sleep. Because the only thing worse than two angry people butting heads is two exhausted, angry people failing to play nice. When you choose sleep over prolonging a battle, chances are the urge to strangle each other will subside overnight so you can start fresh the next day.

4. Apologize after every single fight. If you want to live well with another human being whose loveable quirks are sometimes just as difficult to stomach as your own, you absolutely have to take responsibility for your role in every skirmish, large and small. When two people fight, both parties are always culpable on some level and if you don’t own your part of the ugliness, you can’t expect the other person to. You don’t need to rehash the particulars of a quarrel to say a simple “sorry,” which can go a long way in propelling a couple forward. Otherwise, issues quickly accumulate into stacks of unresolved emotional grudges that will definitely topple one day.

6. Make sure each person has a space that’s entirely their own. You don’t have to live in a mansion to carve out a separate nook for each person to decorate as an expression of their identity. Having your own space lets you maintain some semblance of individuality once you exchange your first person singular existence for the this-is-what-we’re-up-to life of a cohabiting couple. Respect each other’s right to retreat to this personal space whenever necessary.

7. Don’t let dated gender norms dictate the division of labor. When deciding who should tackle which household chores, don’t fall into the trap of making sex-based assumptions. It might just be that doing the dishes after dinner relaxes a man, while taking a short walk to empty the trash appeals to a woman, and mowing the lawn is something you’ll have to outsource since neither of you are willing to inhale bits of grass. Be honest about which tasks are the least off-putting to you and volunteer your services to vacuum or clean the toilet without worrying which chores are traditionally male or female. Buckets, mops, and brooms don’t have genitals anyway.

8. Don’t expect a medal for every chore you cross of your joint To Do list. We all thrive off of flattery, but fishing for compliments or affirmation is tedious. If you need a pat on the back for every errand you run or unpleasant job you complete, consider giving it to yourself or call home to mom. You’re on the same tea, but your partner isn’t your personal cheerleader, so don’t expect them to praise you for every little thing you accomplish. Unless things are divided unequally, your significant other is doing just as much as you are to make your shared home a liveable place.

9. Play to your individual strengths in managing the nitty-gritty. Existing in the modern world requires dealing with a lot of minutiae—from banking to grocery shopping and choosing the right cell phone carrier. When you’re single, you have to handle everything yourself. The advantage of managing day-to-day life as a duo is that you can split regular duties according to which annoying details you hate dealing with the least. By assigning loose roles like Minister of Technology, Head of Finance, Entertainment Chair, and Director of Culture according to each person’s knowledge base and skill set, you can spare each other from fretting over some of the more irksome aspects of adulthood, like signing up for the most sensible mobile phone plan, and remembering to buy tickets to that concert the second they go on sale.

10. Proactively adopt each other’s good habits. Some people are very mindful of their diet while others are good about exercising, calling their parents weekly, or keeping a tidy house. If you’ve chosen to cohabit, hopefully you admire at least a few things about your partner’s approach to life. But don’t count on your significant other’s best habits seeping through your skin by way of breathing the same air. Identify what your boyfriend or girlfriend does better than you and commit to trying those things their way. If you embrace your partner’s commendable habits and note their life enhancing impact on your life, you’ll have an easier time coping with the less awesome aspects of living with someone for the rest of your life.