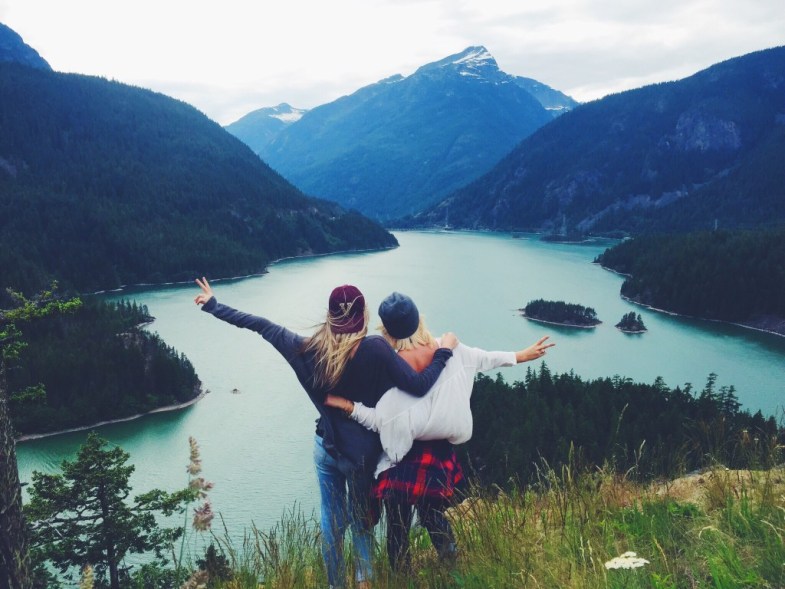 1. Your vagina isn’t “normal” because there’s no such thing as a normal vagina.

2. You’ll never have the body you want, exactly.

Body dysmorphia plagues young women of all shapes and sizes. Part of the problem is the ubiquity of “aspirational” beauty content plastered on billboards and in magazines and across the World Wide Web. Another part of the problem is that we feed girls the false idea that the physique they want is within reach—if they just commit themselves to a strict enough fitness regimen, that is. If they eat healthy and exercise enough and take the right supplements, we convince them that they can achieve the look they want. So they try. But no one gets the exact body they want, ever. Not even Karlie Kloss. Because there are certain things about the genetic hand you’re dealt at birth that can’t be altered or “fixed.” Why not teach young women to embrace whatever figure they have, flaws and all, and to aim for healthfulness within the bounds of natural limitations?

3. You should never have to dress “appropriately.”

Challenge: Think of an instance in which you’ve seen a young man deconstructed according to his outfit. Why do we care so much about what women wear? Why is “appropriate” a word so often tacked onto statements regarding a young woman’s sartorial choices? As if whatever she’s wearing (or NOT wearing) provides tremendous insight into who she is as a human, or how much self-respect she does or doesn’t have. Yes, clothing is a means of self-expression. But it isn’t grounds for judging someone’s entire character. Women should be allowed to wear whatever they want without fielding sideways glances or sighs from disapproving parents or strangers. They should be granted the freedom to figure out what works for them in different contexts through trial and error. Sometimes a mini dress is a sign that a woman’s feeling especially confident about her body. Sometimes it’s the only thing left hanging in the closet. Sometimes it’s just a piece of cloth and a zipper.

4. You’re probably not that good in bed yet, but who cares?

Too often, young women feel embarrassed and/or blame themselves when the man they’re sleeping with doesn’t reach orgasm, or when sex isn’t quite as satisfying as expected. We put so much emphasis on learning how to have good sex. Hence the proliferation of articles entitled “Ten Sexy Tricks That Will Blow His Mind In Bed,” urging young women to study up, as if it were their duty to master the art of pleasing a man. There’s absolutely nothing wrong with aspiring to be a badass in the sack, but sexual experience comes through practice, over time, and memorable sex is always up to all parties involved. There’s no need to rush the process, or to freak out about how experienced you are compared to your peers. Young women should spend less time preoccupied by thoughts about whether or not their blowjob technique is up to par, or they’re moving their hips the “right” way, and more time loving themselves.

It happens all the time: A man takes a woman to bed and later belittles her through the grapevine for being an “easy lay,” or brags to friends about “banging her out,” as if he weren’t fucking lucky that she consented to sleeping with him in the first place. The fact that any woman has to worry about being cast as a slut for willingly engaging in sexual behavior is unacceptable. Sexual pleasure should be just that—pleasure. It shouldn’t come with the possibility of reputational risk.

Too often, “dirty” is used pejoratively to describe young women who enjoy sex. As if a sex positive female who likes to orgasm and can “fuck like a man” (read: have sex without becoming emotionally attached) is unworthy of love or indecent or reckless. Unless you haven’t showered in a while, you’re not dirty. Promise.

7. You should never ever have to act “like a lady.”

What does it mean when we encourage a girl to behave in a “ladylike” way? That she shouldn’t dare burp or fart out loud? That she should sit with her legs crossed instead of comfortably spread eagle? That she should wear knee length skirts and curtsy when greeted? Why not strip a person of her humanity altogether? There’s value in learning how to treat others with respect and how to conduct oneself politely. But there’s no reason why manners should be gender specific. The whole “ladylike” concept is ridiculous, so let’s do away with it already and just teach young women to be decent people.

8. You’re not talking too much.

If a young woman has something to say—in class or at home or the office—she should be able to say it without wondering if she’ll be considered obnoxious or outspoken. Young women who like to speak their minds are too often derided as annoying or bossy. Let’s reward women for raising their hands and taking a chance to voice their opinions instead. Every young woman should feel free to express herself without worrying about her personal approval rating.