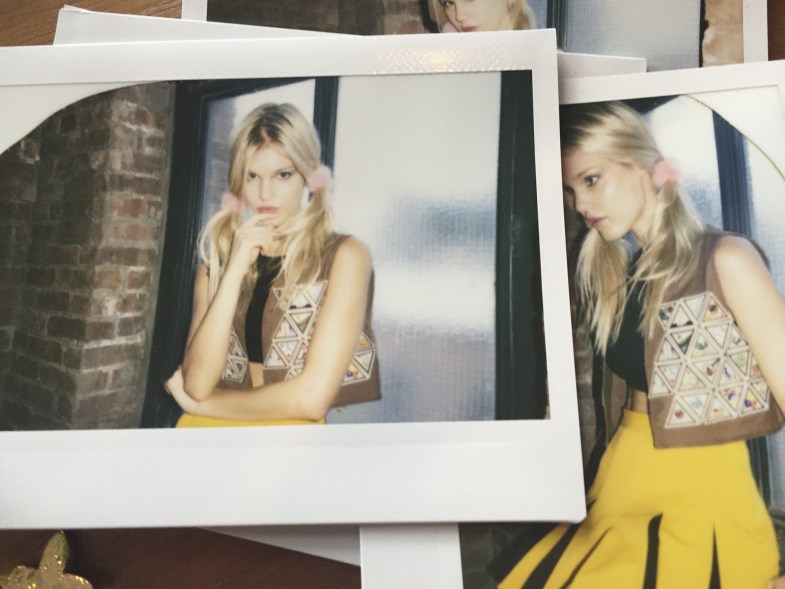 1. Pigtails are the most effective antidote to the greasy hair conundrum. Rather than shower as soon as you enter dreadlock territory, you can just tie your hair into two cute ponies and let them drape down your shoulders. Trust a seasoned pigtailer that you won’t feel at all dirty.

3. With pigtail braids wrapped around the crown of her head, you’ll look very “prairie.” Another charming style to add to the rotation.

4. All it takes to stretch the no hair washing yet another day is the addition of a cool headband.

5. Freed from the burden of frequent self cleaning, you’ll marvel at the vast stretches of time saved.

6. The hours no longer spent grooming will leave you room to sleep later in the morning, so you’ll be way more alert at school or work. No wonder all the dudes with shaved heads look so damn well-rested!

7. Rocking pigtails will make you way more productive, too. Cause on the days you don’t sleep in, you can get to the office early instead of wasting time with a blow drier, curling iron, and/or straightener. Pigtails are the secret equalizer between long-haired women and the rest of the population!

8. Pigtails also generate an astonishing amount of attention from men. Even your dad is bound to comment that you look “so cute” whenever you wear them.

9. Part of you may be weirded out that dudes love the infantilized look, but the pigtail effect is totally worth exploiting. Just don’t go crazy and supplement the hairstyle with a baby doll dress, Mary Jane shoes, and barrettes.

10. To counteract the childlike aspect of the pigtail hairstyle, simply hold the Brazilian bikini waxes. Bush is totally back anyway, so this works to your advantage.

11. With or without pubes, you’ll have fun in the sack with your new hair handles. It might hurt when your boyfriend tugs you into bed by the tails, but it’ll probably be worth it.

13. You can even tickle your own lips with your pigtails in a cute-sexy way wherever you are in public, a surefire method of generating some ego boosting attention from surrounding males.

14. When not in use as a sex enhancing tool or a weapon of flirtation, pigtails will inspire you to embrace your inner child—a contradiction you’ll either feel okay about (because the world is full of them), or forget entirely as you skip down the street, cartwheel, or dance solo in the elevator with abandon.

15. Saving you time, attracting dudes, and keeping you young, pigtails are the only triple-threat, life-changing secret that won’t cost you more than the five bucks you’ll spend on a bag of hair elastics.