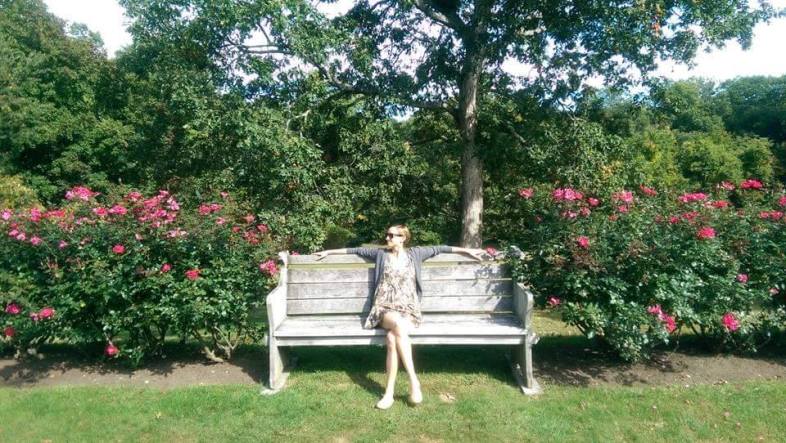 1. The very idea of being five minutes late to anything—a dentist appointment, a date, or a professional meeting—gives you serious anxiety.

2. When people who are chronically late comment that you’re “so good” about being on time, you wonder if you should tell them that your punctuality isn’t rooted in politeness so much as a need to avoid the overwhelming unease you associate with running behind schedule.

3. You believe that merely aiming to arrive on time automatically places you at risk of being late because too many unpredictable factors can impact your travel plans at any time, whether you’re on foot, in a car, or on some form of public transportation.

4. You live in a constant state of awareness that accidents, which cause traffic jams and subway delays, happen.

5. You’re a master of alternate routes and you always have a back-up plan in case of inclement weather, construction related detours, or subway service changes.

6. Hopstop and Google Maps aren’t for last minute where am I? binds. They should be consulted in advance of heading out the door.

7. In your view, “fashionably late” is an oxymoron.

8. On occasion, you find yourself starting to resent the chronically late, because their behavior seems to suggest that they value their time more than yours.

9. But you rarely complain once a friend finally shows up because you’d rather not waste anyone’s time. It’s not like they’re going to change, after all, and you can’t expect everyone to share your appreciation for potential transportation snafus.

10. You’re serious about entering future events into your calendar with as many specific location details as possible.

11. Addresses are insufficient. You have to know the cross streets between which any building, house, or venue sits.

12. You pad your schedule with fifteen minute “safety net” time blocks between appointments.

13. It’s better to sit in a movie theater answering tedious trivia questions than to show up right when the previews start rolling. Anyone who doesn’t understand that deserves to sit in the front row.

14. You often arrive slightly too early to professional meetings, but you don’t mind walking around the block a few times to collect your thoughts beforehand.

16. You’ve mastered the act of looking quasi-interested in stuff you’d never buy while browsing random stores so as not to piss off the sales clerks while you let the clock tick.

18. You don’t usually mind waiting, but you do mind it when people provide totally inaccurate status updates regarding their ETA.

19. You’re in the habit of asking chronically late friends to clarify whether “five” minutes really means because you’d rather if know how much longer you have to read or surf the Internet.

20. You’re often seated alone at a restaurant bar because you’re the first one from your party to arrive.

21. Friends often text you just to ask for an address, or directions. You itch to reply “Know about the Internet?” but instead you promptly answer because it gives you satisfaction to share your knowledge.

22. You don’t understand why snooze buttons exist. Why not just set your alarm clock for the exact right time (minus ten minutes) and get out of bed whenever it rings?

23. It strikes you as totally unjust when you can’t pick up your dry cleaning because someone decided to close down shop a few minutes early. Why list operating hours if you’re not going to stick to them?!

24. You know to put one more drink order in fifteen minutes before happy hour ends.

Special thanks to Kim Quindlen, whose 19 Things Only Chronically Late People Understand inspired this piece.

Read this: 50 Terrible Children’s Jokes Guaranteed To Crack You Up
Read this: 12 French Habits Worth Adopting
Read this: 18 Things Only People Who Date Someone Who Snores Understand