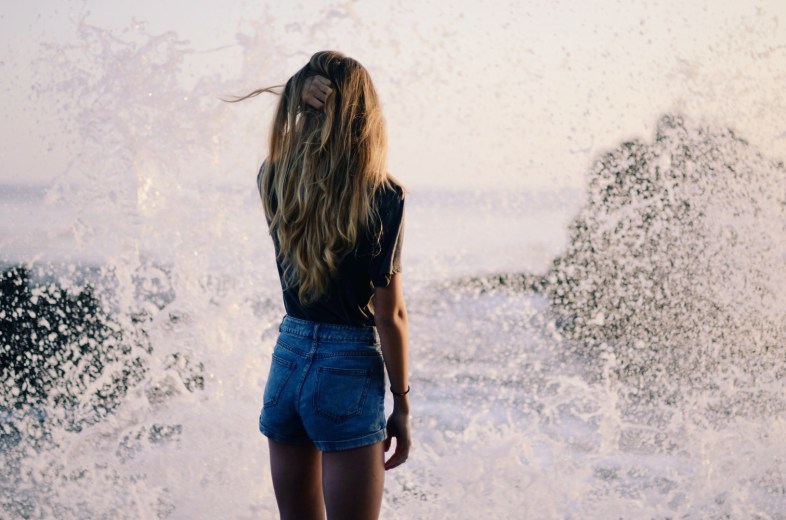 1. They start off normal enough, behaving appropriately and getting good grades and doing community service and participating in enough college application friendly extracurricular activities. All so they can attend an acceptable university and establish a suitable career.

2. But before they can meet the right partner and build a family so they can groom their children to chase this same sequence of life defining benchmarks, the itch to break free from the time-tested formula for contentment sets in.

3. They think: What if these major milestones, while wonderful for some, aren’t necessarily for us? What if we just don’t want to do what we’re supposed to anymore, if only because we’re bored to tears by the standard prescription for happy living, however well it works for most?

5. When people accuse them of trying really hard to be different, they point out that all they’ve done is stopped trying so hard not to be different.

6. They discover how nice it is to do things typically done in groups of two or more—like going to the movies, or eating out at a restaurant—entirely alone. Even when caught in the act by someone they know, they don’t feel pathetic.

7. A lot of their choices (what to wear, who to date, what time of day to eat eggs) confound others, but they’re used to shrugging off the judgment beneath people’s perplexed expressions, whether it seems harmless or venomous.

8. They feel compelled to finger-quote the words “right” and “wrong” when asked for advice, probably more often than necessary. (Their friends get it already.)

9. Their college major may not make any sense in the context of what they do (or want to do) for a living because they’ve decided that whatever they studied for four years shouldn’t limit or dictate their professional pursuits.

11. They’d rather demonstrate to future employers that they’re committed to hard work and capable of learning than established in any given field.

12. It comforts them to know that it’s always possible to pivot, as long as they’re willing to do the work. They’d be happy with a career path that looks more like a jagged line than a standard upward sloping curve.

13. They’re often asked, “What do your parents think?” in reference to various aspects of their lives. This makes them laugh, because they’re grown-up humans who pay their own bills and fold their own laundry and reheat their own leftovers. Wouldn’t it be strange to sit around mulling over what mom and dad might think?

14. As much as it sucks to be heartbroken, it makes them feel alive, which they can always appreciate—eventually.

15. They can stay single for a long stretch without fear of becoming an old maid.

16. They devote more energy towards nurturing their genuine interests than collecting practical knowledge or fine-tuning a skillset.

17. They have more than a few unpopular opinions—about current events, pop culture, and best practices for building ice cream sundaes—and they tend to share them, which can cause tension.

18. Since they’re not all that easily offended, they don’t have a great sense of what upsets others so they end up irritating people accidentally pretty often.

19. They really don’t mind if people talk shit about them—as long as it’s done behind their backs.

20. They’ve posted some objectively unflattering selfies to social media, not because they’re trying to make a statement, but because they actually like the photos. What constitutes a cool picture to them probably seems downright weird to others, especially their mothers.

21. When they achieve something they’re inclined to celebrate without apology, believing that the only thing worse than arrogance is false modesty.

22. They’re not above good manners, but they’re not afraid to fart, burp, or swear in public.

23. Since they understand that time is an un-renewable resource, they’re unlikely to get swept up in fitness and fashion trends, which tend to come and go.

24. Marriage, children, and a family all sound awesome to them. Maybe.