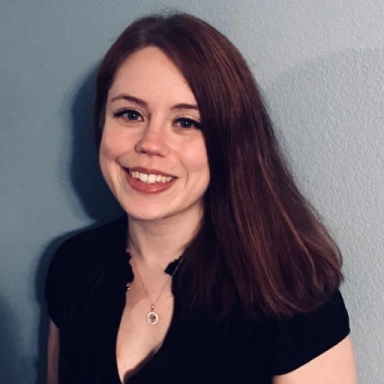 Luna Lovegood is a uniquely brilliant witch who attends Hogwarts with Harry Potter. Unlike Hermione, her intellect is not all based on logic and reasoning. Her wisdom comes from her intuition, her beliefs, and her curiosity. Luna is a true Ravenclaw, representing the house of wizards and witches with “wit beyond measure.” Here’s 10 reasons everyone needs a friend like Luna Lovegood.

1. She says what’s on her mind, even if it sounds odd.

There’s no need to worry about your friendship status with her—she isn’t afraid to share her thoughts.

“I’ve interrupted a deep thought, haven’t I? I can see it growing smaller in your eyes.”

She’s good at reading people. When you’re not in the mood to socialize, she won’t take it personally.

“Come, daddy, Harry doesn’t want to talk to us right now. He’s just too polite to say it.”

She will defend you. When others doubted Harry, she stood by him. Her commitment to her friends is consistent.

“I believe He-Who-Must-Not-Be-Named is back, and I believe you fought him and escaped him.”

4. She’s wise, but she’s not arrogant about it.

She gives sound advice. Her sharp wit shines through her tactful approach. Her matter-of-fact tone adds a sense of conviction to her words.

“My mum always said things we lose have a way of coming back to us in the end. If not always in the way we expect.”

5. She doesn’t worry about what others think.

Even though her peers think she is weird, she doesn’t change herself to fit in. No matter what, she stays true to her quirky self.

“I think they think I am a bit odd, you know. Some people call me ‘Loony’ Lovegood, actually.”

6. She gets along with everyone.

She goes with the flow. Her presence is calm, and her heart is compassionate. She is understanding when you need to vent to someone you can trust.

“She doesn’t think you treated her very well, because you wouldn’t dance with her. I don’t think I’d have minded. I don’t like dancing very much.”

7. She is very optimistic, despite experiencing hardships and loss.

Her positive outlook on life helps in the darkest of times. With a quiet confidence, she assures her friends that everything will be okay in the end.

“I think I’ll just go down and have some pudding and wait for it to all turn up—it always does in the end.”

8. She has a unique style all her own.

She wears her weird with confidence. Whether she’s sporting her pink Spectrespecs (owl-like glasses) or a large lion headdress to Quidditch games, her bold fashion makes a statement.

“Being different isn’t a bad thing. It means you’re brave enough to be yourself.”

9. She knows all about strange and fascinating creatures.

Throughout the Harry Potter series, she introduces her friends to unusual animals. That’s why it’s not surprising she married Rolf, a grandson of Newt Scamander.

“A Wrackspurt…They’re invisible. They float in through your ears and make your brain go fuzzy…I thought I felt one zooming around in here.”

10. She knows just what to say to make you feel better.

When Harry saw Thestrals (large skeletal horses only visible to those who have witnessed death) for the first time, she comforted him. She has a way of genuinely relating to others when they feel the most vulnerable.

I hope everyone finds a Luna Lovegood to have in their life.