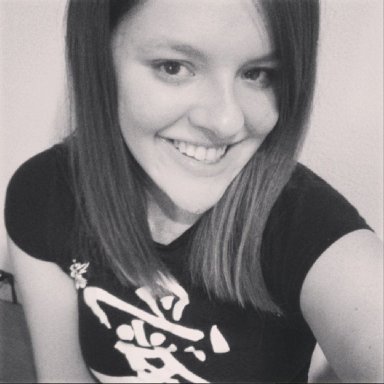 My best friend, Jessica vanished one day. Without a trace. And I really do mean, without a single trace. Even as I sit in this room writing this, the soft lamp on the table next to me, the comfortable couch I’m sunken down into, the small window with a view of the parking lot and the flowers, none of this feels real. I cannot accept what is happening.

Before I tell you any more, some backstory is required.

I met Jessica my freshman year of college. It was actually the first week, the week of orientation. My parents had dropped me off at the college, 200 miles away from the home I had always known, and I was terrified. Terrified but also excited to start a new journey. I guess I was afraid that I wouldn’t fit in.

Then, Jessica sat next to me during some presentation about campus safety. Long black hair, petite, and friendly, she asked if the seat next to me was taken, which it was not. It turns out she also lived in the same residence hall as I did.

We got to talking and as it turned out, we had a lot in common. We both went a bit crazy our freshman year since our parents were pretty strict, we drank a lot together, and shared a lot of fun times. We had a little tight-knit group of friends, and we all did everything together. Jessica was Chinese-American, and she would always take us on excursions to Chinatown and eat more Dim Sum than our stomachs could handle.

Fast-forward to graduation, Jessica moved out of state, across the country to begin a new career in marketing. I was really sad to see her go but also happy for her. I knew she’d do well on the west coast. As I predicted, she has done exceptionally well. She lived with 2 roommates, was pulling in $60K a year, and we still talked every day after graduation, which was 5 years ago now.

At least up until 2 months ago when she went missing.

The first thing I would do when I arrived at my own office job (I never left the city our college was in), I would check my email, and sign into GChat, open a new window and say good morning to my friend, Jessica.

We spent our days talking about everything from work to social things. I would always get the best advice on guys from her, and she herself was in a long-distance relationship. One of the best parts of my day was having her there electronically, whether to share a funny story or vent about one of my coworkers.

One of the best part of my days, up until that 2 months ago.

Anyway, I logged on this particular Tuesday. Opened up my inbox to a slew of emails marked urgent from my coworkers, and in another window opened up GChat and sent a quick “Hey good morning” message to Jessica.

The rest of the day I was in and out of meetings, wading through e-mails, and generally so busy, I forgot that Jessica hadn’t even answered me. No big deal, I thought. She was frequently in and out of meetings of her own, a high-level executive, it wasn’t abnormal for us to go a day without any response if things got crazy. I dismissed it.

I sent that good morning message every day that week, but my brain didn’t really start to question anything until that Friday. I had finished the majority of my work for the week, so Friday was to be smooth sailing. I had plans with a guy I was seeing for a few weeks that night, and I had a dinner planned with the college friends that were still around our town on Saturday.

I guess with all the hecticness of the work week aside, Friday morning was the first time I was able to be concerned. I got through the day, but she was on my mind. Around noon, I decided to check her Facebook page to see if she was active recently. That’s when the alarm bells really started to go off because it looked like she deleted her Facebook.

“What the hell?” I remember muttering to myself.

“Expense reports again, Maddie?” My coworker, Brian piped up from the cubicle next to me. Apparently, I had muttered louder than I had thought.

I immediately sent her a text:

Hey, where you been? Worried about you, text me so I know you’re alive lol

I waited all weekend for a reply that wouldn’t come.

For a short time, and I’m ashamed to admit it now, I was more angry than afraid. I thought I may have done something inadvertently to piss her off. We didn’t typically argue, but I know Jessica had a bit of a temper sometimes. Still, I scoured my memory for anything I could have done that might have triggered the cold shoulder. I couldn’t come up with anything.

Still bothered, I went on my date anyway. James was taking me to an Italian place that night. I ordered spaghetti and meatballs and was on my 3rd glass of wine when he figured out something was wrong.

“I’m sorry, James. I guess my mind is just in another place.”

“How about your mind and your body come over to my place?”

I laughed. “Did it take you all day to come up with that one?”

Overall it was a good day with James. I took an Uber and got home around midnight. So exhausted from the day and the wine, I fell asleep immediately. But when I woke up late on Saturday morning, I looked at my phone disappointedly. No sign of Jessica.

I wish I could say the day got better, that Jessica called me apologizing for being MIA. I wish she was just incredibly busy at work, stressed out, or her phone died. Anything. But unfortunately, that did not happen.

What did happen, however, shook me to my core.

I logged on to Facebook messenger and sent a message to Justin. Justin was part of our college friend group. He had very briefly dated Jessica our freshman year of college. After they broke up, we thought things would be uncomfortable, but they weren’t. They remained friends, and our tight-knit group remained intact.

Justin was one of the friends that I was supposed to be seeing for dinner later that night. But I could not wait. I shot him a message.

“Hey! What time tonight at the Thai place? Six”

“Seven,” I responded. “Clark has to work until six.”

“Thai Palace,” I said. “I was wondering if you could check something for me.”

“I haven’t heard from Jessica all week and it looks like her Facebook page is gone,” I said. “Can you look her up and see if she blocked me or if she just left Facebook?”

The next sentence that came out of my mouth made me sick to my stomach.

Megan is a 20-something living in Chicago with her cat, Arya. She enjoys writing, reading, knitting, eating, and ...