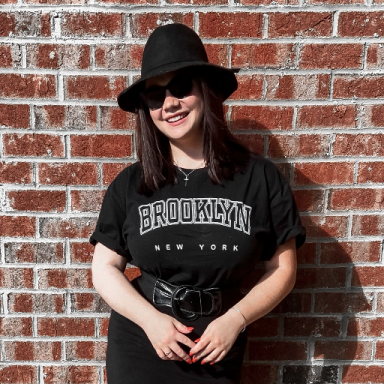 I think about you a lot.

I think about the way I found it adorable when you would carry yourself awkwardly around people you didn’t know. The way your blue eyes would light up and your mouth would press itself into a thin smile when you would walk into a room of people you were comfortable around is something I can still see vividly in my mind. I admired the way you always tried your hardest to be confident for me when I would slightly push you out of your comfort zone in social situations you were new to. Hearing the giddy tone in your voice when you would talk so passionately about sports that I didn’t understand sounded like music to my ears. I think about the music artists you used to listen to and I would be lying if I said I didn’t think about you every time I hear one of their songs today.

I can still feel the way it felt to hug you. The way I would wrap my arms around you as I laid my head onto your chest and listened to your heartbeat as it quickened with every touch between us. I remember refusing to let go of you even when you would try to pull away because I didn’t want you to leave and it felt so warm and inviting to just be wrapped in your arms. The vibrations beneath my eardrum as you would laugh at me for pouting when we finally let go of one another would give me butterflies in my chest. I think about the way we would stay up through the night into the early morning talking about things that now probably wouldn’t even make sense to us. But that was okay, I just enjoyed hearing the sound of your voice through the phone.

You always considered my feelings. Never once did it ever cross my mind of you having a single ill intention towards me. I think about how gentle you were with my heart. I knew deep down you would never hurt me the way I ended up hurting you. You were a fire that silently crept inside my veins and singed a part of my heart that will never be able to be replaced. And even now, the embers still burn.

I was younger when I broke you. I didn’t fully grasp the idea of a serious relationship. I didn’t quite understand how special it was to be cared about in the way you cared about me then. I never knew or considered the depth of your feelings until it was too late. I took for granted what we had, what we were becoming and what we could have been.

I blamed it on having commitment issues. I said I was scared of being tied down to someone long term. I put the blame on you and said you were moving too fast.

But the truth? The truth is, I was selfish. I only considered my own feelings. It never crossed my mind how you would feel when I decided to drop everything so suddenly. I dropped everything and ran because I was terrified that I would end up finding something better and would have to choose. I left on a whim with hardly an explanation other than I wanted to be alone.

I held the heart of someone who cared about me in my hands. I let it drop through my fingertips and watched as it shattered like glass on a hardwood floor. I walked away and left the mess there to clean itself up.

I tried to cut all ties and act like you never existed. I blocked out everything having to do with you because it reminded me of guilt. I displaced the anger towards myself onto you because I was convinced I was not in the wrong and what I did to you had to be done. Looking back at it now, I know I was mistaken and there really is no excuse for the way I went about things and the way I hurt you.

Another hard truth? I haven’t found anyone like you since then and it breaks my heart to admit that.

Only you and I know the reality of our relationship and what happened between us and despite it all, you’re still here in my life as my friend, and that is something I will never take for granted.

I am grateful to you for allowing me to still be in your life, even if it took a little while for us both to fully grow from the situation at hand. The guilt that is riddled inside of me from what I did to you will probably always be there no matter how many times I continuously apologize to you and hear you say, “it’s okay.”

Day after day I have told myself I will prove to you that I truly am sorry for the hurt I caused you in the past. I’m unsure if you have truly forgiven or ever will fully forgive me, but I hope and pray one day I will know. I’ve come to accept the fact that I will probably always have a soft spot for you and I will never have control over that.

So, is this an apology? A plea for forgiveness? A way of helping myself heal?

If I’m being honest, I couldn’t really give you a straightforward answer.

A lot of my responses when I’m asked about how I feel towards you is just that: “I don’t know.”

I believe that I have convinced myself that I am so afraid of hurting you again because of my own indecisiveness that I won’t allow myself to feel anything for you. So instead, I constantly live in a tug-of-war between my head and heart where one says ‘yes’ but the other says ‘no.’

However, what I do know is this. Eventually, one side will win. If that is the case and our paths were to intertwine again one day, I promise to you and myself that I will never put you in a situation where my name could potentially leave a bitter taste in your mouth. It may take me time to truly realize what I am feeling and I pray that you will be patient with me because I would rather take the time and be confident in my feelings rather than put both of our hearts at risk again.

I use writing as a way to say things I am scared to speak out about.