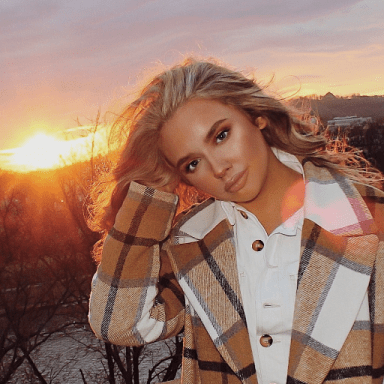 We seldom take our own advice, and the life lessons that are tricky to swallow are easily slipped into our subconsciousness. Sometimes a gentle reminder is all we require to be inspired into an alternative, more proactive way of reasoning. My gentle reminder to you is this: Stop waiting for the apology you think you deserve.

I had assumed that until I received the apology I was owed, I was never going to get the closure I needed. I wasn’t consciously anticipating it, so it’s safe to say I was surprised to receive a text with the apology that I had been hoping would heal everything.

For a long time, it was in my mind that a simplistic, sincere, voluntary apology would reverse all of the pain I have been feeling, that the shattered remnants of my self-esteem would be glued back together again. If they were sorry, this wouldn’t feel like my fault anymore. If they were sorry, I could put an end to my thoughts of “if I had done this differently, maybe I could have saved myself this pain.”

We are all guilty of devising imaginary scenarios about how our circumstances will pan out. I had multiple scripts already engraved into my mind, each entirely different, about what I would say if I heard the words “I’m sorry.” But one thing remained the same in each: I thought I would forgive.

When I received the apology, not one bit of that went as planned.

After 5 minutes of reading it over and over again, the only thing I could bring myself to say was along the lines of “Thank you, I appreciate it.”

The truth is, the words “I’m sorry: did not ease my grief, they just reminded me that the grief was still very much alive. They didn’t fix the damaging way I now view myself and my heart. The words I had been hoping to see one day did not give me the closure I awaited. In fact, they didn’t give me closure at all. Instead, the ‘why?’s I had temporarily silenced came back louder than ever.

Could I have attained closure if I had said more and got everything off my chest? Maybe. Could my lack of self-expression affect me more in the long run? Potentially. But I could not find the heart to express these emotions for a final time with the risk of hurting myself more. Perhaps some things are better left unsaid for your own protection. That’s what we tell ourselves, anyway.

I had been so prompt to forgive this person in the past that I thought I had the capacity to do it over and over again. But I couldn’t. I did not feel forgiveness, which hurt me more than it could hurt anyone else because I hate these crushing feelings weighing heavily on my heart.

Rather than providing closure, the highly anticipated apology dug up an entire load of suppressed emotions that I evidently had not dealt with. Everything that I had tried to forget and had buried deep inside my heart came back thick and fast in an overwhelming surge. I found myself in a position of mental paralysis. I couldn’t eat, drink, sleep or think properly. I went to a place inside myself that I had forgotten existed. It felt too familiar.

So, back to my gentle reminder: Stop waiting for the apology you think you deserve. It isn’t worth it. The apology I thought I needed to end a devastating chapter of my life did nothing but hurt in ways I haven’t hurt in a while. It is shocking to think that I was hoping and waiting for this, when it didn’t have anywhere near the effect I had hoped. Stop waiting. We are all due an apology at some point in our lives. Sometimes we receive it, and often we don’t. But we can’t have everything riding on whether or not we do. Chances are, it won’t help you anyway. If something has left you emotionally scarred, a simple apology will not heal you. You can only heal yourself.

One thing that I am grateful for is that this situation has taught me how little work I have put into myself. When things originally fell apart, I was so eager to be rid of the feelings that had me close to physical sickness every time they arose that my strategy was to just bury them. I never dealt with them. When the feelings came about, I would silence them. I should have let it run its course. I should have let myself feel what I was feeling, live in it, and allow myself to process it. Because now that these emotions have resurfaced, they are as every bit chaotic as they were to begin with.

But the biggest lesson I have learned is that we do not forgive people just for saying sorry. From a young age, we are conditioned to understand that when someone apologizes, you “make up”, so to speak. When you would have a falling out with a friend during childhood, adults would force you to say sorry to each other, and when you did, everything was expected to be fine again. It usually was. It was as simple as that. But as adults, it runs much deeper. An apology does not equate to instant forgiveness. On this occasion, I refused to forgive until I heard the words “I’m sorry”, but when I did, it didn’t make a difference to how I felt. I cannot forgive right now because in the grand scheme of how I feel, “I’m sorry” doesn’t even come close to making it okay.

It is unfortunate that the outcome of this couldn’t change the overarching strong, negative feelings I still have. It is a shame that even now, every memory of this person that I wish I could treasure is contaminated with sourness. It is painful to know that if I could choose to erase every recollection of them ever living in my world, to have never known their existence, I would in a heartbeat. Yet despite all of this, apologizing requires swallowing your pride. As much as this was an apology I deserved, it wasn’t compulsory. So although I cannot forgive right now, I can and do respect it.

My wish for every person reading this is that you unearth the strength in your heart to find forgiveness that is not deserved but is essential in your healing and allowing you to be the best version of you. And if you can’t right now, that’s okay. Time will heal. We will get there.

Megan is a writer who is fascinated with the lessons life grants us.