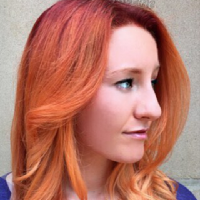 You’ve been in this dating situation before, but you don’t want to admit it to yourself.

Justifying everything the other person does, rationalizing why they’re behaving the way they are. Trying to prove to yourself and your friends that “he’s really not that bad” or “you just don’t know her like I do.”

But it has to be more than that — because a hot guy who’s not abhorrent at sex isn’t a totally rare thing to find. So why do we put up with the walking red flag buckets? What is it about them that we just can’t turn away from?

Maybe it’s because we crave connection and companionship. Or maybe it’s the thought that we can change them or correct their behavior.

Or, at the end of the day, maybe we just don’t care that they’re a bucket of red flags. We still want to try the person anyways — hoping that maybe this time will be different.

But it’s not worth it. And here’s what to look out for.

Signs that you’re dating a bucket of red flags

They are many, and the glaring ones are obvious, but here are a few that are more subtle and can easily fly under the radar — they don’t necessarily mean that the person is shady, but it’s something to keep your finger on the pulse of.

They’re constantly on their phone

If they’re hanging out with you and they’re constantly on their phone — either texting or scrolling mindlessly through social media — that always sets me on edge and makes me sit up straight and pay attention.

Especially if I only see the person once a week, and they want to spend that time staring at a screen instead of talking words into my face? Yeah, that’s not a good sign.

Are they talking to another girl? I don’t know, and it doesn’t matter.

It’s the fact that I don’t have their undivided attention — ever — that puts my hackles up. If your phone screen is more interesting than my face, then why are you even here? Go home and stare at your screen alone. I don’t need to be here for that.

They haven’t introduced you to their friends

Of course, this won’t happen immediately in a dating situation or relationship.

But if you’ve been seeing each other consistently for a few months and things are going well, it goes along with the natural progression of things for them to want to slowly start to integrate you more into their lives.

If it’s been several months and they’re still consistently going to large gatherings or parties with their friends and they aren’t including you — it’s worth asking them about why they aren’t. You can gauge what to do next based on their response.

A lot of times, they might not even realize that they weren’t including you and it was just an oversight on their part — especially if it’s someone who has been single for a long time or isn’t as experienced with dating or relationships.

But if they give you a dodgy answer — that tells you a lot about how they feel about you and how they think of you long-term.

If you’ve been dating consistently for a while and things are going well and you’re both happy — and they still don’t want to commit — that’s a sticky point worth holding onto. Put a giant red pushpin in that one.

I love talking to my best friend about anyone that I’m dating, because she is immediately pessimistic and hypercritical of them. Unfair? Maybe. But her disproportionately negative outlook forces me to take off my rose-colored lenses and view the person I’m dating with a more skeptical eye.

It’s easy to brush things off and rationalize early on in a dating situation because you’re blinded by infatuation. So be your own overprotective best friend and put on your critic specs — it can help you see the situation from a different angle.

When I told her that someone I was seeing wasn’t willing to commit to me for x reason, she said that there is always a reason — sometimes more than one, and sometimes it’s a hidden one — why someone doesn’t want to commit, so don’t let them peddle you bullshit.

They don’t make plans with you

If every time you hang out is always impromptu or late at night — that’s definitely something to discuss. It goes hand in hand with being noncommittal.

If they’re not willing to think ahead, even a few days, to make plans with you — that’s not only inconsiderate, it’s selfish. And it means that any relationship you have with them will always be about just them.

Sure, there are some people that have really hectic work schedules that make it difficult for them to plan ahead — these are exceptions to this rule. There is a difference between being spontaneous and fly-by-the-seat-of-your-pants type of person, and someone who is just blatantly inconsiderate.

There should be a mix of plans and no-plans in a dating situation. A little spontaneity and last-minute things are great ways to shake things up — but if it becomes the norm, it’s worth considering if there’s another reason why.

They only reach out when they want something

I’ve dated guys before where I haven’t talked to them every day.

So be cautious of someone who only reaches out when they want something — whether it’s sex or a ride somewhere or whatever it may be. It could mean that they only see you as a means to an end and that your relationship is purely transactional.

If they don’t care enough about you to ask you how your day is once a week (at the very least), then maybe it’s time to dump out that bucket of red flags and find someone else.

Take all of these with a grain of salt.

If you think any of these applies to your partner — talk to them about it first! Please don’t catapult yourself into conclusions of the worst kind. An open and honest dialogue can clear up a lot of the murky waters in our convoluted world of modern dating.

Lover of the Oxford comma.