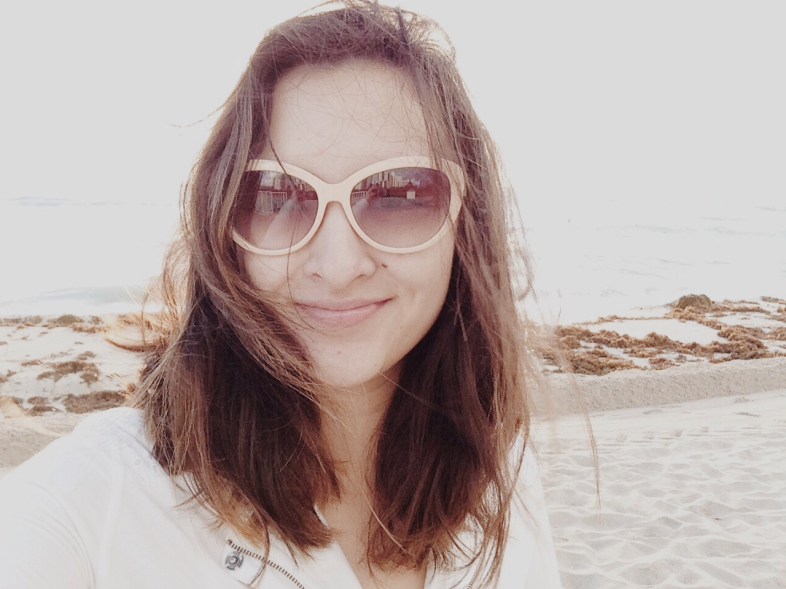 I got my first email address when I was 10. I created it on our family computer and the monitor alone weighed more than I did. I tapped my new password out on the oversized, tan-colored keyboard using my two middle fingers (vulgar, I know). My dad stood looking over my shoulder supervising and gently suggesting I try to involve my other fingers while typing. (The only time I use that email address now is at Target, when they ask for an email to put on file, and I give them my old Yahoo! address because God forbid spam should infiltrate my real inbox.)

I begrudgingly learned to type. The ASDF routine didn’t work particularly well on me. AIM came out a year later and that did the trick.

We all got screennames. As a competitive gymnast, I entered the AOL-verse as gymnast231, or some such nonsense that at the time seemed inDiViDuAliSTiC. A year went by and then I announced my new screenname by updating my profile to say “Hit Me Up at my new SN, boiiiZZZ.” (I went to an all girl’s school, but it was necessary to pretend I had males on my chat list, duh.)

Every night at 10 p.m. “enough was enough”: It was time to log off. We had rules. When email, chat rooms, and AIM came into existence, our parents used the same computer as we did and could easily regulate.

Myspace happened. We divided into three categories: those not allowed to have one (me), those rebellious enough to get away with it behind their parents’ back (people cooler than me), and those whose pages had to be approved by a parent (lame people I had crushes on).

We were told cautionary tales of kids our age getting abducted after befriending serial killers on chat rooms. We were intimidated enough to actually use privacy settings especially when Facebook, which I sold to my parents as “totally safer than Myspace,” came along.

It was all new to us. It was just foreign enough to make us cautious. The younger generations are desensitized to the Internet in a way we will never be.

And so they have more Instagram followers. The computer, Internet, social media: It was all just part of their upbringing. Yesterday, I walked by a 9-year-old celebrating her birthday. Sitting across from her was her 9-year-old friend filming it on her iPhone and uploading the video.

By the time those entering high school got iPhones, social media wasn’t a new thing to be scared of, it was just a given.

It’s not to say that parents aren’t trying to do everything they can to keep their kids safe on social media. It’s just that they’re up against a much bigger challenge. This generation has never looked at the Internet as a taboo, unsafe concept.

In compliance with the Children’s Online Privacy Protection Act, children have to be 13 to make an Instagram account. They don’t enforce it, but you can report underage usage and Instagram will investigate and shut down the account. So unless you want to be the parent, or older sister, who shuts down a 10-year-old’s Insta, you’re out of luck.

Privacy settings still exist, of course, but they fall by the wayside. Even connectsafely.org admits, “For many kids, part of the fun of Instagram is developing a big following – a good thing for parents and kids to talk about. Because a public account means a bigger following, it’s more appealing.

The huge following is developed by over hashtagging or using services like Tag For Likes. It wouldn’t work for the more refined consumer (anyone over 18, rather) but it seems to drive up likes that tweens chase.

The younger crowd also has access in a way we never did. While at first their parents likely steered them clear of Facebook, they turned to Instagram as a workaround and stayed, because they could use it exclusively on their new iPhones.

They can walk into their own room with a computer in hand, which is something we could never do.

We became a little more reckless on social media too of course. I – as someone who abandoned privacy settings and tweets about how much I hate wearing a bra on a daily basis – am certainly not in the position to pass judgment on any tween’s Instagram. The 12-year-olds and I will just have to learn how to make the Internet a safer place together.

The Digital Age The Internet