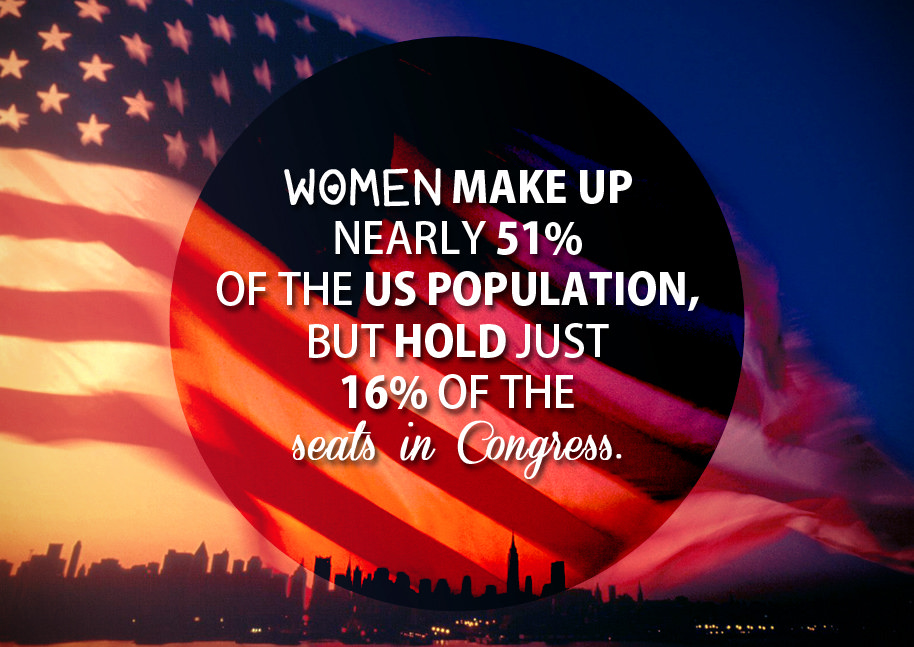 It’s always an election year. Yes, I learned that from West Wing, but it’s still valid. Even when we aren’t in an election year, everyone in D.C. is running for something. As we barrel into the year before an election year, names and affiliations are being tossed around. Have you noticed a lot of those names are female? We all have. And we say we’re not surprised. “It’s not a big deal anymore,” we say.

It is a big deal. Every woman on this list has faced adversity because of her gender. Here are 5 women you’ll want to watch in the coming year:

What we want to know: When’s she going to announce?

We’ll start with the least surprising name. If you haven’t heard that Hilary wants the White House in 2016, then it’s time to come out from that rock you’re living under. The Ready for Hilary initiative has been underway since 2013.

Is everything going according to plan? Not exactly. She keeps taking on paid speaking engagements, which means she’ll have to continue to push when she announces her candidacy. When she ran in 2008, she announced her candidacy on January 20, 2007. If her campaign chose to follow that timeline again, she’d be announcing about a month from now. She just added a paid speech in March. (She’ll be giving the keynote address at a conference put on by the New York/New Jersey chapter of the American Camp Association.) So, people are starting to wonder. They aren’t nervous, yet. In February, Hillary is also giving a paid speech in Silicon Valley and two speeches in Canada sponsored by a bank.

What we want to know: Will she ever consider running? Please?

Senator Elizabeth Warren (D-MA) has said repeatedly that she’s not interested in the presidency, but Democrats who prefer a more progressive approach won’t take no for an answer. Senator Warren’s entering her third year in the Senate and is the popular girl in the economic populism clique. (She’s popular with the far left.)

MoveOn.Org wants to spend $1 million to draft Senator Warren. (I know it’s not 1952, but we still use the word “drafting” to pull someone into an election.) Their campaign, “Run Warren Run,” will include a petition that you might have already seen on your Newsfeed.

What we want to know: Will Tina Fey play her again on SNL if she runs in 2016?

Here’s the deal with Sarah Palin. She can still see Russia from her house. She recently confirmed that she will be speaking at the Iowa Freedom Summit. While she isn’t racing toward the 2016 bid, she’s said she wouldn’t rule it out. The move to speak amongst names like Ted Cruz and Mike Huckabee, suggests that she might want to be a contender for something. We (okay, I) sometimes forget in the midst of mocking Sarah Palin, that she has a huge fan base amongst conservative members of the GOP, which might be valuable to a Presidential candidate.

What we want to know: Is she going to step down?

Nancy Pelosi turns 75 in March. Let that sink in. She was re-elected with 83% of the vote in the midterms and is going strong. In fact, she’s not at all interested in picking her successor. After the midterms, she was asked if she’d consider stepping down. She said she was needed now, more than ever, which was a friendly way of saying, “no and f*ck off.” She also remarked that had we won (as in, had the Dems won the Senate), she would’ve considered stepping down. Tune in this coming year to see Nancy Pelosi work as the minority leader in shining armor.

What we want to know: Where does she fit in to this mess?

Okay, maybe not everyone has that exact question. I do. Kirsten Gillibrand is a clear supporter of Hillary in the upcoming election. She’s insistent that we need a woman president. Gillibrand didn’t want the DSCC chairmanship (a role that would take the lead on helping the Dems win back the Senate in 2016.) She’s currently working to tackle sexual assault in the military. Sexual assault in the military has been on the rise for decades and her plan is to remove the prosecution cases from the military’s command, for the sake of impartiality.