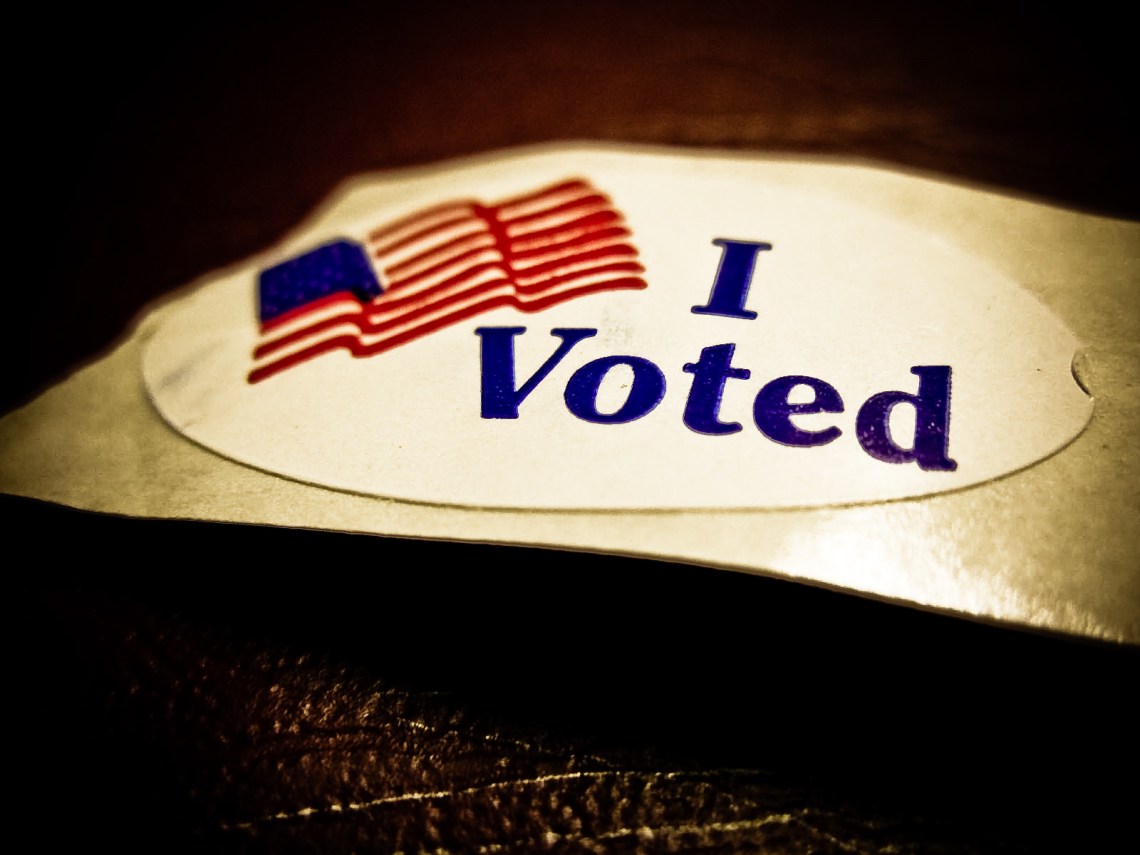 It’s the most wonderful time of the year. My favorite holidays are on the horizon: Halloween and Election Day (fine, so they’re not real holidays.) Most voter registration windows have come and gone. If you registered, well done! Your voice is about to be heard. If you missed the boat, don’t stress. It’s never too late to be informed. Think of this article as “getting the notes from a classmate” and brush up before the big day. Here are 8 issues, races and propositions to keep an eye on:

It’s up for grabs. Democrats have controlled the Senate since 2006. Republicans control the House. And the Democrats are in the White House. What happens if the GOP swoops in and takes the Senate too? That gives the GOP has 2/3’s of the Government’s branches which gets messy when the other party is in the White House. It guarantees the GOP will roll-out quite the agenda, probably including another vote to repeal the Affordable Care Act.

Here’s a tight Senate race that’s putting people on edge. Democrats want to keep the Senate and their dear, swing state friend, New Hampshire, may put a damper on their dreams. Who’s running? Scott Brown. He’s the one who took over the Senator seat in Massachusetts after the passing of Ted Kennedy. Now he’s running in New Hampshire. His opponent is Democrat Jeanne Shaheen, incumbent Senator and former NH governor.

(NB: This isn’t the only race that’s giving the Dems heart palpitations.)

Okay, this is just fun. Every state’s picking their Senator on November 4. Except for Louisiana. They’re voting on December 6. Their primary is on the 4th. Democrat Mary Landrieu is the incumbent. She’s a three-term Senator, but there’s some scandal surrounding her… she might not actually live in LA. Gives a whole new meaning to “she doesn’t even go here.” Her challenger is Republican Representative Bill Cassidy.

Okay, this isn’t as fun. Basically, Prop 1 would amend the state constitution to allow the state to move half the oil and gas revenue it currently puts into its Rainy Day Fund,* into transportation. They’re saying it will revolutionize transportation in Texas. While that’s an exaggeration, businesses are moving to Texas. A lot of them. And that means jobs are opening up. And that means people are coming in. So, maybe this is a good time to improve transportation.

Arizona has always been mentioned in the same breath as immigration. Why? They share a border with Mexico. Why else? The great immigration crackdown of 2010. (The crackdown that was shut down when Obama called it unconstitutional.)

Texas voters are also looking closely at immigration in their Governor’s race (Democrat Wendy Davis vs. Republican Greg Abbott.) That’s because thousands of UMs (unaccompanied minors- like you as a 9-year-old on an airplane) crossed in to Texas this year.

6. Alaska. Let’s try not to forget about our friends way up North.

The Senate race candidates are Republican Dan Sullivan and Democrat Mark Begich. It’s a tight race and with the Senate’s position being so precarious, Alaska hasn’t felt so important since the days of Ms. Palin or the days of Tina Fey. A few complications: Alaska is known for pretty inaccurate polling results. Also, a surprisingly large percentage of their state identifies as Independent and those voters could swing either way.

If you haven’t heard, California’s financial state isn’t great and hasn’t been since the days of Arnold Schwarzenegger. The proposition would require California to pay down its debt, save up for bad times ahead (CA is in a very serious drought) and will only allow lawmakers to tap into their fund to help natural disaster relief. Interestingly, both candidates for Governor (Democratic Incumbent Jerry Brown vs. Republican Neel Kashkari) are all for it.

Who used to be Governor? Rick Perry. Yeah, the one who got indicted. He’s not running. He might be saving himself for a bigger race. In 2016. Instead, here’s who’s running: Democrat Wendy Davis, best known for filibustering an abortion bill. And Republican Greg Abbott. Best known for being a Texas Attorney General and a paraplegic. Ladies and gents, we got ourselves a classic “pro-life versus pro-choice” race.

*Rainy Day Fund: Exactly what it sounds like. An emergency fund of money used when there’s unexpected revenue shortfall or deficit.

Why We Need To Keep Standing With Wendy Davis