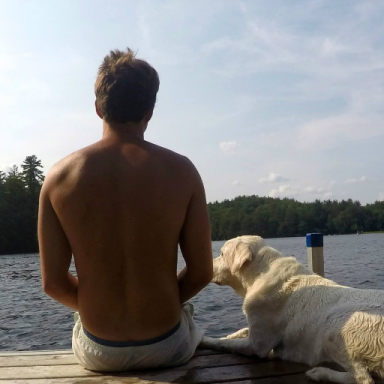 I have a confession to make. I did something utterly shameful when I attended your show on Friday, November 14, 2014. I have told my family and many friends what happened, but now is time you know.

My friend, cousin, and I got tickets to your show earlier that day, then sipped some beers before the show began. When we left the bar to return to 30 Rock, we felt so good; we were young, alive, and buzzed in New York City on our way to see you, thee Jimmy Fallon.

When we got to 30 Rock, we were then escorted to seats in the front row of the studio audience, right besides the Roots. That was pure luck and amazing. My feelings of glee started to dissipate, however, when a comedian came on stage and explained the rules of the show. There were two. First, no one uses their cell phone—get caught, you’re out. Second, if you leave the show for whatever reason, you remain out—no re-entry. Considering both rules were to ensure the audience looked engaged, my brain accepted the logic, but my bladder didn’t care.

By the time the show started and when the audience stood up to greet you for the monologue, I realized my bladder was about to burst. Those beers were ready to evacuate. I didn’t know what to do. Either I sit there and be miserable for the entire show, or I leave to use to the restroom and miss watching the SNL/late night Legend (you) for whom I took a red-eye flight from California.

When Liam Hemsworth, the first guest, walked out, I was “pissed” with those two options, so I decided to create a third. I thought I could piss my pants a little to relieve the pressure. It was a little pee but a big mistake. I couldn’t stop it. It all gushed out. To make it worse, I was wearing khakis.

While Liam Hemsworth was promoting one of the Hunger Games movies, I was soaked in my soiled khakis. Fun fact: Liquids, including urine, changes the color of khakis, so I could see that it had gone all the way my knees. With every slight movement, I could feel a little splash, a little swish of piss. So gross.

Since we were there in November, it was cold, so I was wearing a scarf and jacket. First, I wrapped the scarf around me like a diaper to absorb as much pee as possible. Then I put the jacket over my lap to conceal the rest.

Fast forward past Katherine Heigl talking about her farm animals and Sebastian Maniscalco’s Tonight Show premiere, the show was in its last commercial break. The same comedian came back out to explain how the show ends: You usually run up the aisle and high-five the audience, while the camera films the audience standing, clapping, cheering, etc.

I thought, “Are you freaking kidding me? There is no way I am standing up on national television while I am drenched in urine. This is not how Max Williamson goes down. I will not be that guy who goes viral for clearly moronic behavior.”

Go back and watch the show, you will see one guy in the front row cowering in his seat while you are running up the aisle. I did not say anything to my cousin or friend during the entire show. While they were standing at the end of the show, they looked at me confused. My friend asked, “Dude, why aren’t you standing?” I replied, “I’ll tell you later.”

I did feel bad after the show for what I did to your show’s property, and I tweeted to the show afterward. That Twitter account has since been deleted, but the tweet said, “So Sorry @FallonTonight. Please clean seat #101.” No one from the show contacted me afterward. The tweet easily could have been lost in the thousands that go to the Show everyday.

When we left the show, I ran to use public restrooms in Rockefeller Center. Then we went to the hotel so I could change out of my khakis and underwear. We had a great rest of our trip in New York City. The next day, we drove to Boston, but first stopped at a college party at Fairfield University in Connecticut. I drank too much and threw up three times on the shoulder of I-95. I was a mess that weekend.

This is the story I have told to my family and many friends. They all think it’s funny. I know it is, but now when I see you on television, I feel bad for both what I did at your show and for making a joke out of you when I tell this story. I’m sorry, Jimmy. I hope no one other weirdo has done this to you.

Learning everyday how little I know