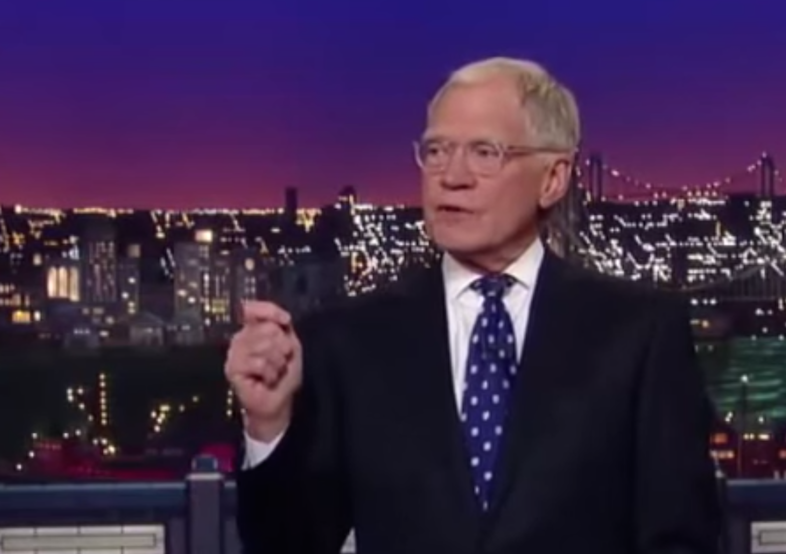 Okay. Maybe he didn’t save my life, but he made me the man I am today.

Look, I only spoke to the guy two or three times, but he did a lot for me. By merely existing.

The first few months of my life in 2011 read like a lesser Woody Allen script. I was dumped by my then-fiancée, six years into our relationship, while we were driving to Walmart. If you know anything about traffic in Miami, you know it’s a miracle the story doesn’t end there. I also very nearly didn’t graduate, due in large part to some not-so-brilliant advising from not one but two department heads. Let this serve as indisputable proof that a double-major in film and creative writing is an endlessly-rewarding endeavor.

I was rudderless and exhausted, so I attempted to postpone real life for a couple of months by landing a summer camp gig teaching film to kids between ages six and sixteen. After a weeklong detox in Los Angeles— I consumed virtually nothing but cheap wine by the bottle and a gallon of water every day— the kiddies were entrusted to my boundless knowledge of 1970’s auteur cinema. And, actually, I was a pretty good teacher, damn it. There’s plenty to be written about how those kids really did save me. And plenty to be written about couch hopping while I was essentially living out of my 1996 Volvo 960. There’s also a surprising volume of text to be written about the sound a hedgehog makes when you’re copulating in its general vicinity.

But this is about the time immediately after all that. After I filled the tank of that Volvo at a Tom Thumb and made like a blur up I-95 toward a family in New Hampshire that had no idea I was coming home. I didn’t stop until I was pulled over in Georgia at 3am for driving in excess of 100 miles per hour. I spent the next 30 hours driving home at a more reasonable speed, and I spent the 30 days after that sitting and searching. I spent a month moving only between the couch, the library, and Barnes & Noble, a self-made Mad Max of syphoning Wi-Fi.

I spent every one of those days obsessing over my shitty cover letter. I pestered every entertainment outlet in Los Angeles and New York, my resume heavier with padding than Delta Burke’s shoulders in the Year of Our Lord 1987. Finally, in between sips of a clementine Izze at a Starbucks in Nashua, my phone rang. My response to a nondescript Craigslist ad promising work at a “major network show” with a “live studio audience” had actually gained someone’s attention. I thought it’d be Maury, at best.

It was the Late Show. They wanted me to interview on Monday.

My dad has never been happier to make a ten hour round trip. We piled into his Volvo with my brother and made a day of it. We found free parking in front of the Colbert Report and walked a few avenues over to the Ed Sullivan Theater. We took a picture in front of its legendary marquee. The interview itself went reasonably well, and I was told I’d hear from them soon, either way. I shared an order of fries with my dad and brother at a diner up the block so that we could use the bathroom. I was naïve, and $10 credit card minimums were still an alien concept to me. We drove back to New Hampshire.

The next day, my phone rang again. I got the job. I had to be living in New York City by that Friday. I had three days to secure a living arrangement in the most daunting city in America. I had $300 to my name. And you know what? Through some combination of pure stubborn will and a few truly remarkable friends, it happened. I packed a bag, and I fucking did it.

I did it for something resembling $200 a week. I did it on a diet of dollar-slice pizza. I did it while sharing a bedroom in Harlem with a friend who was getting laid far more steadily than I was.

For a year, I worked as a page in the audience department. I wrangled the Midwestern masses. I asked so many people to spit out their gum that, to this day, a smack of the chewy stuff in someone’s maw induces a PTSD-flashback to the Ed Sullivan Theater’s outer lobby. I played people-Tetris in order to seat the audience by the time the CBS Orchestra had finished playing Brown Sugar.

I got to see people I admired almost every day, and that was both humbling and empowering. Jon Hamm and Jennifer Lawrence are gorgeous and talented, but they’re also very real people. That said, I spent half an hour alone in the lobby with Steve Martin on a day I didn’t think I’d get to see any of the show, and it still makes me dizzy. Regis Philbin harassed me over a slice of pizza. I nearly ran into Bill Murray as he entered the building, because for some reason, he always insisted on entering through the theater’s main doors.

I can’t stress enough how special it is to have access to live music four days a week. Peter Gabriel. The Black Keys. Alabama Shakes. John Mayer. Not to mention the CBS Orchestra, an underrated band if ever there was one. The presence of highly-curated, high-quality music was, beyond Dave’s presence, the truest joy of working at the Late Show.

But Dave was there, and he was present, and he was always good. There’s nothing to be said about his hosting ability that hasn’t been said, and probably said better. Suffice it to say, as a comedic actor, it was an absolute dream to watch him perform. But everyone knows he’s a genius. Everyone knows he’s the best. The real honor was to watch his quieter moments, between takes. The real work done in fleeting, contemplative seconds.

Look, I’m aware that I’m wandering dangerously close to a level of lionizing that I rarely, if ever, encroach upon. I’m not going to sugarcoat things. I worked in the audience department, and that was never a sustainable trajectory for me. Any office that wants to keep their copy machine in one piece and their staff refrigerator un-raided should not, under any circumstances, hire me*. That said, landing a gig breathing the same air as one of the greatest comedic innovators of all time was a hell of a lucky break. Craigslist isn’t just for unhealthy hookups, kids. Which reminds me: health insurance would’ve been nice.

Still, there’s little that a $5 bottle of Giorgi vodka hidden in your back pocket at Three Monkeys won’t cure**. Emotionally, at least. Actually, strike that. The cure came from the people I drank the cheap liquor with: the perfectly dysfunctional work family that the page program became. In Dave’s house, I met people with stories much more remarkable than mine, and I somehow tricked them into becoming my friends and collaborators. This has been the lasting gift of my time at the Late Show, and one that will ensure that Dave’s legacy lives on in the entertainment industry for innumerable years to come.

From those impossible months in 2011 to the end of my time in the year-long page program in 2012, my life changed in almost every way imaginable. I learned how the subway system worked (when it was working). I gained favorite restaurants and found a few sanctuaries, far away from the tourist traps. I made friends from all over the country who all made their way to this maddening, beautiful metropolis to take part in what is now, more clearly than ever, a historic moment in entertainment. I had everything I needed to start a real life in New York City, and, thanks to David Letterman, however indirectly, I did it. I fucking did it, and I’ve never been happier than I am right now, reflecting on those glistening slices of dollar pizza.

David Letterman didn’t save my life, exactly. It’s more like he was the captain of a massive freighter that happened to suck my life raft into its wake, and the crew member who drew the shortest straw that day was out swabbing the poop deck, and she happened to spot my sunburned limbs flailing against the cold white spray of the Atlantic. Then I was, begrudgingly, pulled aboard.

*I still have no idea where all that Diet Coke went

20 Things About Love Most People Learn Too Late In Life

How To Turn A Career Setback Into Your Edge