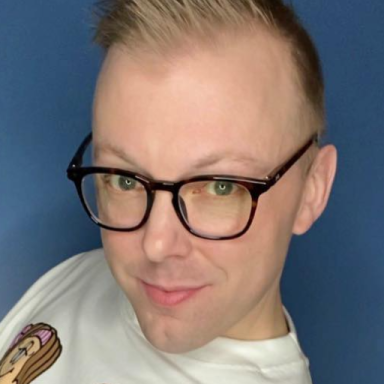 Most of my friends are women, and many of these women are getting pregnant. On purpose. Which is great, and I imagine at 34, fairly normal. But after most of these ladies tell me their joyous news, they tend to put one of their well-manicured (albeit swollen) hands on mine and say something like, “if it’s a boy, I hope he’s gay like you!” Well, ladies, I believe in making your dreams a reality, so I’m going to give you a little help by breaking down exactly how my mother made me into the proud homosexual I am today. Take notes, and do it in a fun color!

I was born via Cesarean-section. This is imperative. Instead of being yanked through my mother’s downstairs Dutch door, I was lifted out gracefully by a handsome Jewish doctor who slapped my ass until I screamed. That’s how you make an entrance.

Mother chose not to breastfeed so that I’d have zero relationship with the breast. And let me tell you, I really don’t. Plus, I don’t care how old you are, I think it’s unsightly to suck on your mother’s nipple. And it really puts a crimp in Christmas dinner.

I was first educated at Taste of Honey Preschool, which was named in honor of Winnie the Pooh – a pants-less bear in a too-tight top. My teacher, Miss Judy, encouraged me to dress like a princess during playtime because I loved doing so. FYI, the gays love all women named Judy: Garland, Holliday, Jetson – it doesn’t matter.

Mother let me watch The Golden Girls once when I was seven, and that show is the gayest. I adored it, and then promptly called her a slut (a word I picked up from the show) when she tried to turn it off. She sent me to my room, but I know the old hooker loved her cheeky new nickname.

She was always asking me queer questions like “where’s your crotch?” in department store dressing rooms while I was trying on pants. I learned very quickly exactly where my crotch was, and thus became hyper-aware of where every other man’s crotch was, too!

Sophomore year of high school, when I played Queen Eurydice in a non-traditional production of Antigone, she said encouraging things like “I don’t get it” and “I could see your foot moving when you were supposed to be dead”. She knew I could do better, and wanted me to strive for greatness. Very still greatness.

When I finally came out of the closet junior year of high school, she asked if I “wanted to do anything about it”. Yes, Mother, of course! I promptly frosted my tips and started fooling around with my best friend, Trevor. And she knew when Trevor and I were hanging out in the room above the garage that we weren’t actually “watching The Facts of Life” – ‘cuz honey, we were learning them!

After high school, she allowed me to study drama (ha!) at NYU for one semester before I realized I was never going to stop sucking in my stomach to breathe properly (I guess you have to do that to do acting?). I then transferred to Emerson College in Boston, where I received my MFA in G-A-Y.

And after all that queenly care and effeminate education, I had the resources to be as gay-as-a-butterfly-caught-in-a-window-scarf on my own. And truly, what better glittery gift can one give to their child?

Well, I hope you’ve found my guide insightful, and I wish you the best of luck in making your yet-to-be-born son gay. If you follow these steps, in a few years time you’ll be enjoying shopping trips, manicures/pedicures, and watching Lifetime movies while commenting on the almost lethal-level of Botox the actresses have injected!

Gay it's a joke LGBT Satire