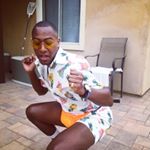 After my second glass of wine, sitting, stunned in my apartment after watching the first Presidential debate, I decided that I didn’t want to vote for either of those men. Neither of them displayed that ineffable aspect of humanity, that X-factor if you will, that makes someone “Presidential.” The night devolved into a dumpster fire of name-calling, ad hominem attacks, lies, and head-scratching moments of confusion. Most of the time, I didn’t even know what the question was as the candidates took more relish in baiting one another than explaining their positions to the American people. I don’t know why it took me so long to realize that neither of them deserves to be president.

So, I’m not voting for either of them.

But I want to be very clear about this next point: I will be voting! Being a Black man in America, voting is a duty that I hold very sacred because people struggled and died for my right to simply fill out a ballot. If you don’t happen to be a land-owning, white man, someone fought for your right to vote as well. Take that duty seriously and commit to voting in this election. But don’t vote for either of the two people who were on the debate stage last night. Don’t vote for any one individual. Moreover, don’t withhold your vote because you think you are keeping it from any one individual or that it does not matter. This election is about much more than a septuagenarian being elected to the highest public office in this nation. It’s about which policies and platform comport with your ideologies.

Now, there’s a lot to unpack from what I just said, so I’ll break it down. The first step is to stop looking at this election as Trump v. Biden. Those names mean nothing. Use whatever device you’re reading this article on and do your homework! Research the platforms of either party and what they say about the issues that matter to you. We each have different things that we look for in a political platform, things that move the needle for us. Don’t let me, or anyone else for that matter, tell you what those things are. Just recognize that you hold those things very dear and that is why you will be voting for one side.

The second step is to realize that there are things that you are voting for that you probably didn’t realize because they aren’t on the ballot and not in some policy documents online.

Here’s a shortlist of some of those concepts and their import:

Your Privilege: When you cast your vote, you are voting for ALL the policies of one side. You cannot cherry-pick your favorite dishes from the political buffet; you either get meat or fish and that is it. What that means is that you can’t say you’re voting for someone’s tax plan, but you don’t agree with their views of racial justice. Furthermore, you can’t vote for someone’s COVID response strategy and disagree with their views on the environment. You have to vote for it all! Now, you don’t have to LIKE each policy. You are allowed to dislike something on your plate, to push it around while you gobble up the other mains and the sides. Finally, you can throw it out when the waiters come to clear the table. But be very clear about the impact of that throwaway issue. That issue might not matter much to you based upon your socioeconomic status, gender, or the color of your skin. But it might mean the difference between life and death for someone else. They might be reliant on that throwaway policy to feel safe, to be able to do certain things in this country and to live a fulfilling life. Before you cast your vote, remember how privileged you are, remember those who are not, and vote to protect them.

The Supreme Court: Obviously we cannot directly elect our justices to the Supreme Court or our judges to some of the higher courts in this nation. Those positions are appointed by the President of the United States. It is very common that a President will appoint justices that mirror their political ideology and policies. Once again, policies matter, not men. The President has the ability to shape the judicial branch of this country for generations depending upon the people that he appoints. The judiciary branch is very important because it will be the one hearing cases regarding abortion, policing, and racial justice issues. Every watershed social movement in America happened in the judiciary branch and that won’t change anytime soon. So, while you’re not able to elect judges to certain courts in this nation, you very much are. And you should take that responsibility very seriously.

What it means to be an American: Ok, stay with me here. I know that the media and the political ads have been pummeling you with this sentiment for months now. They’ve been putting pressure and anxiety on you and forcing the notion down your throat that your one, single vote is really being cast for an ideal that is so multifaceted, complicated, and fraught with struggle. Sorry to say that I won’t be easing your burden whatsoever. This pressure is warranted because, for maybe the first time, you will be voting for your vision of America. Our children and our grandchildren will learn about 2020 and they will ask us what we did about some of the issues happening here. We will reflect on this year and this vote and we should be proud of what we did. It doesn’t have to be a lot. Casting your vote IS a revolutionary act. You are putting your stamp on the future by saying that one policy and one ideology is what you want to see in this country moving forward.

In conclusion, I think we can all agree that what we saw in the first presidential debate was scary and shocking; it was a display of ego and bravado that was so aggressive that it made a Real Housewives Reunion look tame. But, men are weak, fallible, and surprisingly beautiful because they’re human. Humans fade with time, but ideas and beliefs will not. They are much more powerful than men. Vote for an idea, for a vision of the future, for what we should be and not what we are. I don’t care what you vote for, but be proud of whatever it is.

Because voting is one of the most American things we can do.

My favorite color is millennial pink

Don’t Date A Man Who Doesn’t Do The Work