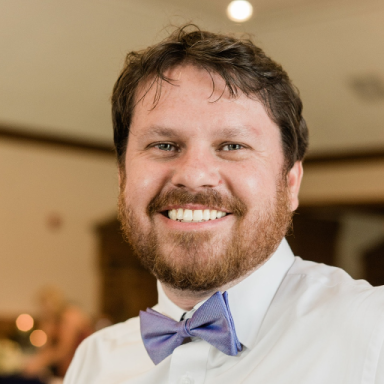 I remember the first time a movie made me cry. All four of the Kindergarten classes were led out into the hallway and seated in little rows on the floor. A cart framed like the letter H was wheeled before us with a bulging television seat-belted on top. We watched the 1973 animated adaptation of Charlotte’s Web. I recognized the relationship between Wilbur and Charlotte as symbolically profound, but I had no intellectual capacity to process it. For want of a vocabulary, I shed tears.

Robbie and I started kindergarten together, but he got held back in first grade, I think. Therefore, he was at recess during a different part of the day, and I remember looking out the window and seeing the ambulance on the playground. Word got around that there was something wrong with his heart. We weren’t even really what I would now call friends, but I still think about Robbie sometimes. He was the first person I ever knew who died. My first peer, anyway. I was vaguely aware of my great-grandparents dying when I was very little, but this was different. I didn’t realize kids could die.

All my early revelations about meaning seemed to center around death, or at least the transient nature of life. I’ve carried this idea with me into adulthood, where sometimes every moment is inflated by its preciousness into a paralyzing and unattainable what-if. That the crippling anxiety of squandering the gift of this unique now can induce such an atrophied stasis is an ironic nail in the daily coffin of possibility.

Even though it defies me with its devilish logic, I know this isn’t a rational reading. Time, life, even the air is a gift. Celebration and joy are mine to hold, to reach out and touch, and still, often I retreat. Ostensibly it’s the burdensome existential crisis outlined above, but just as likely, and perhaps even more likely, it is fear. Or maybe it’s the discomfort of choice. The refusal of agency.

Some time ago, I clumsily attempted to explain this neurosis to a friend who happens to be an eternal student of philosophy. “As Sartre says, we are condemned to freedom,” he told me. Perhaps that’s the truth. When even the relative mundanity of choosing a movie becomes an endurance trial, swimming against a riptide of counterfactuals, maybe this awareness is the glass eye through which the sunshine outside can finally be seen and felt for the miracle it is. Perhaps, then, to dance becomes a rebellion, to sing, an appeal from judgment.

Maybe this unconventional path leads to liberation after all.