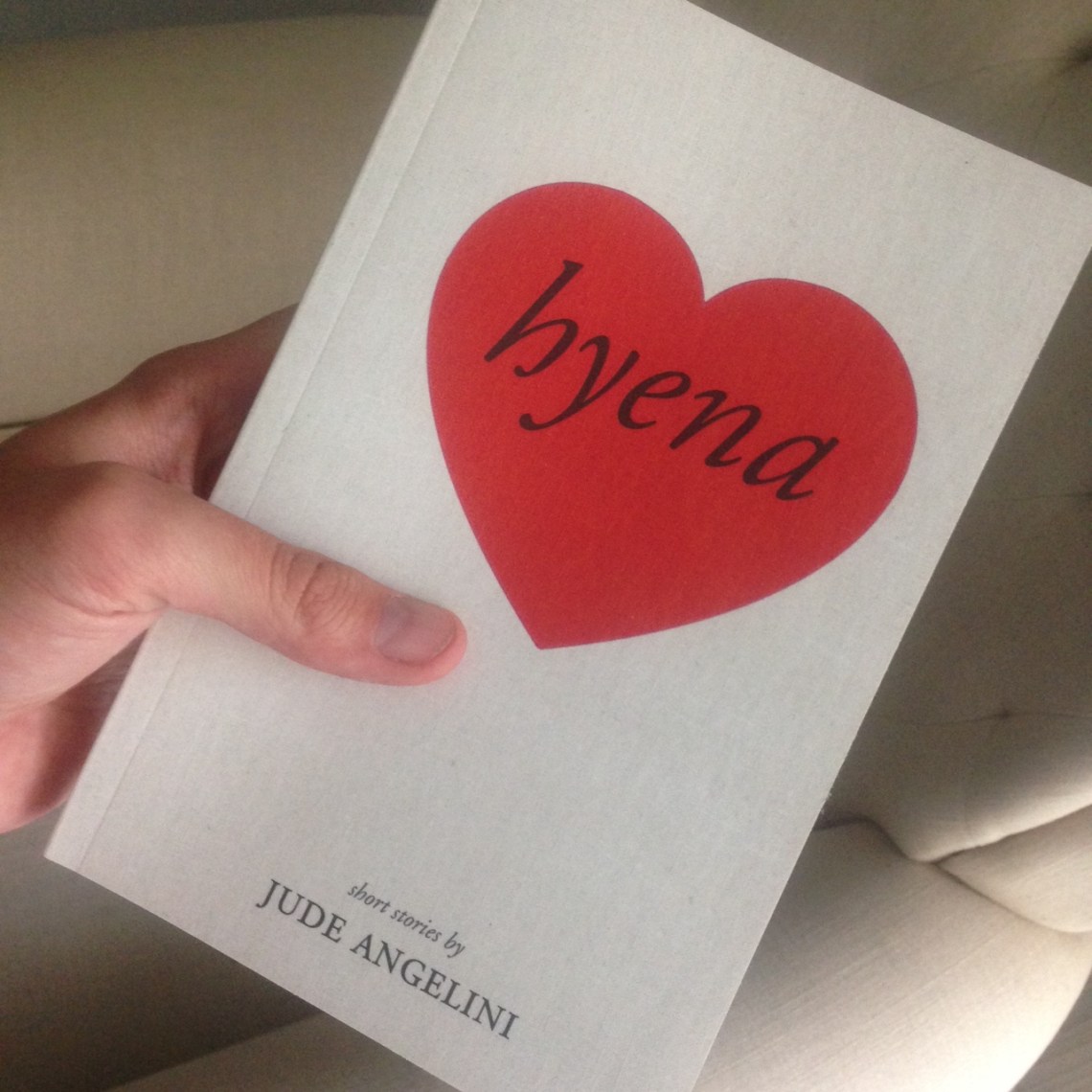 It’s 6pm, and a hushed crowd is sardined into the only remaining brick and mortar bookstore in Hollywood to witness “Rude” Jude Angelini reading from his controversial paperback, Hyena.

Jude moseys to the podium and speaks with an unexpected bayou drawl, as he thumbs to a random chapter.

“Okay, here’s one about my first girlfriend.”

He proceeds to recap the evening when, high on mushrooms, he attempted to screw an honest-to-god mentally disabled (eg: “all the way retarded”) black girl in her dad’s kitchen.

“I start touching her pussy. It’s dry as a desert.”

Okay. In that moment I knew two things: 1) I was wrong about the shocking thing… and 2) I have to interview this guy for Thought Catalog.

Hyena is a memoir chronicling Jude’s debauched coming-of-age as an awkward white miscreant in the seamy hoods of Detroit. Each chapter is another account of some sordid experience penned in a tone that’s as beautifully poetic as it is ruthlessly raw.

While self-released at first, Hyena grew into such a runaway underground success that Simon & Schuster recently stepped up to publish it on the international stage.

7 Irresistible Pop Culture Books You Need To Read This Summer

Something Terrible Is Happening In My Town, And It All Started With My Daughter