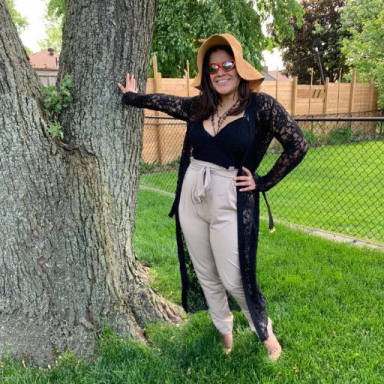 There is a quote I have seen on nearly every coffee mug, t-shirt, and holistic dating guru’s blog post. It’s a quote that makes more and more sense the older I get.

This quote applies to every human relationship on earth. However, it holds special significance for those who want to love again.

Loving the second time is severe anxiety and panic over the idea of starting over with someone new. Deep down, you fear that you will end up creating the same pattern in your new relationship. You fear the same fights, same areas of discontentment, same areas of dissatisfaction, monstrosity, and unhappiness that led to the demise of your previous flame.

Loving the second time is being more human, vulnerable, and aware of the reality of failure. With the end of one relationship, comes intense and deep shame related to the stamp of failure.

Loving the second time means having to work through your pain. Every over-achieving confident couple I know always does such a great job of quietly dissipating whenever their union comes to an end, whether on their own terms or through the rigors of life. They might flash their cringeworthy photos for the duration of their entire relationship, but when it ends, boy oh boy! It’s like they took every personal development class in the world plus their masters in the same month. We as a society do an incredibly poor job of coaxing, cajoling, and straight up forcing people to face the painful emotions related to a breakup.

Loving the second time around means saying goodbye to your past life and the identity it provided you. We as a species suck at letting go after breakups. Guys encourage their buddies to find the next sweet thang in the bar and drink till they can’t hold up their fingers, let alone count them. Women might have cried over men in the past, but nowadays, most city girls I know are worse at processing their emotions surrounding a breakup. Usually, modern women are too busy to even notice, choosing to fuel their woes at the same bar as their ex. Just to be petty, we’ll bring the slew of male coworkers. I don’t think we can sink any lower than a breakup, so all is fair game at that point, which just makes the entire experience of the breakup more Ironic. Women, myself included, are quick to move on to the next, justifying it through a million reasons.

Loving the second time around means more closeness, more depth, more imperfections (both yours and your partners), more rigidity, more need to be flexible, more social and economic constraints or lack thereof, more resentments and judgements against the other gender, and more exit plans in case this one doesn’t fall through.

While love may be all patient and stuff, it also gets stretched out really thin by time it comes around the second time. The second time, love is more unsure, more focused on trying to get it exactly PERFECT, and once again self-absorbed.

The second time around, love can once again and easily become about proving you are not what your ex accused you of being: too this, too that, and yet funny enough, still not enough.

The second time around, love is more determined to get it right, almost to its own detriment. It’s too focused on measuring up to the stick of a past. The second time around, Love walks more gently and with smaller steps. It’s almost like it hasn’t stepped into the dance studio for years and is out of tune with love itself.

A fun fact about me is that I literally have no impulse control.