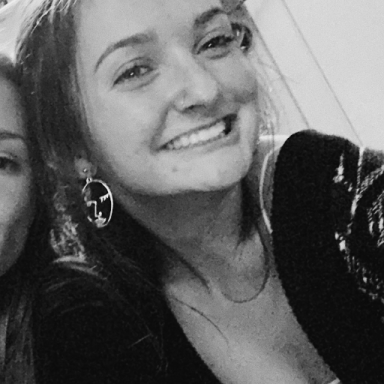 Being chronically ill is hard, but being diagnosed with several chronic illnesses at age sixteen is devastating. Everyone is known for something in high school and I was known as the sick girl. I was constantly absent, in the nurses, or just covered in bruises. I would walk the halls and heads would turn, not because people thought I was beautiful, because of the mass of bruises I had all up my legs and face. Knowing people were looking at me and knowing exactly why they were just made me wish I was invisible.

Some days I’m “functionally sick” and I can put on a mask and socialize. Those are the days I can get out of bed and walk around but my heart is heavy with the fear of it worsening. But some days I’m “sick sick”, I’m bedridden and fatigued by my condition. The days I’m too sick to force myself to walk around, go to class since I’m a full-time college student amongst all of this chaos, or even just be around people. These are the days my emotional and physical health paralyze me. I believe that I look normal. I go to parties, go out to eat with friends, and occasionally watch too many reruns on Netflix. I appear to be fine, functional, yet I am the absolute opposite of that.

In reality, chronic illness, this gray area I’m in, they don’t tell you all it brings. All it takes from you. The desire to feel and open up but being numb to it. Having to put the pain and overwhelming sense of fear up on a shelf because deep down you know if you let them out, you won’t be able to stop. It’s like I’m at the pullback of the wave of a tsunami. The second I release, the project forward, it’ll be devastating. All will be lost, that I would be broken.

It is hard to wake up in the morning. To get up, but mainly to look at myself in the mirror. When I look at myself I see the bruises, cuts, and all the pain that I endure and I put my loved ones through. I used to have a sense of confidence in my body, as much as any teenager could have, but that view is so distorted with all the needles, machines I’ve been hooked up to, and the scars. It’s hard to wake up and set my feelings aside, to not let my depression and anxiety take the wheel that day. It’s hard to ignore them when all that lies ahead is unknown. When you are sick for this long, your chances for answers grow slim. You rarely get them. And sometimes when you do, you wish you hadn’t.

The worst part is that it doesn’t seem to be going away. No light at the end of the tunnel, no happy ending. Over time I have learned to tolerate some of the physical pain it brings, thus my tolerance has grown in that way. I had no choice. But how do I learn to tolerate the emotional pain it brings, it feels like I’m constantly being pushed underwater, I fight it, but there’s no relief. Because in the end, how do I stop the emotional suffocation of all of this if the cause has no end in sight. You can’t, I’m stuck in this unknown. Any day, any moment I could have an episode. I could hit my head, break something, or worse. It’s hard to look at my own reflection, I just see the bruises and scars from the falls.

Everyone tells me I’m so strong, and how proud they are of me. It’s hard to see myself as strong and to believe them when they don’t see what I see. They don’t see me at three in the morning, sobbing, praying for just a little hope. Just wanting to be able to hope again. To hope that one day my pain scale will reach zero again, that I could be normal. Because after a while it just feels so out of reach. Like I’m the problem, not the one persevering through the problem.

i love ceramics and art history.