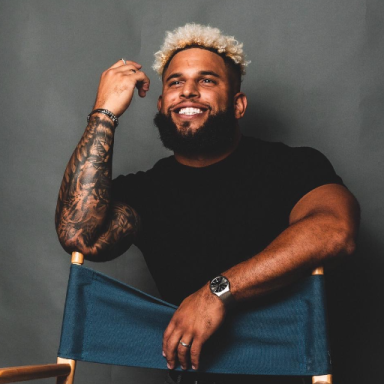 Do the highs justify the low in your relationship? If you would have asked me this a year ago I would have told you ‘most definitely’, but 365 days and the most traumatizing breakup later and I don’t feel that way about it anymore. In the past I’d rationalize my toxic relationship because although the lows left me feeling awful, there were moments when the relationship was life-altering.

The highs allowed me to justify the bad that came before, or soon after. I think a lot of people do that in toxic relationships. Sure, the bad is unacceptable and wreaks havoc in your life, but the good, the good is magical that is more powerful than any drug on the planet.

Was it really worth it? I nearly lost my damn mind in the attempt to make that person happy. I tried to be the person she wanted me to be, and I almost lost myself in the process.

As I’ve gotten older, I’ve learned that that’s not a metric for the people I want in my life consistently. Such a volatile relationship isn’t sustainable. Do you really want to spend 50 years in such an inflammatory relationship? Do you want you children to be subject to that damage?

If the highs mean taking lows too often, that’s not tolerable for either of you. We often think drama, passion, jealousy, fighting, crying, caring so deeply it makes us act out of character, means love. But those kind of relationships will quickly turn you into a person you’ll barely recognize when looking into the mirror.

When I look back at my past relationship and remember the person I was back then, I want to cringe. The things I did, the way I behaved. All that for ‘love’. I thought the person I was with was the one for me. Turns out she was the one who broke me in ways, I didn’t know were possible.

She made me feel alive, she was radiant. She quickly occupied every thought, every idea in my brain. She made herself a home in my ribcage. Every breath I took, was done with the hopes that I’d spend my life with that woman. I can still taste her lips on mine. Her fingerprints are still to be found all over my body. She left a perpetual mark on me.

Do you know how hard it is to let something like that go? Do you know how agonizing it is to burn those memories from your mind? Trying to erase two and a half years of your life isn’t easy, I know. But no one told me it would be this hard.

The other morning I received a phone call from a friend of mine. As soon as I heard my friends voice, I knew this was no ordinary call. No ‘hey I’m just checking up on you’ call. No, her voice was trembling. I knew it took every ounce of strength for her not to breakout in tears.

I know what this phone call was going to be about. A toxic relationship that stretched itself out for over half a year, going back and forth. A relationship whose expiration date is long past due.

And as admirable as that may sound, I’m here to tell you that you won’t beat the odds. You’re not going to make it through it. Not if only one person is trying. Which was precisely what was happening in my friends case. And in mine.

You can’t fix a relationship if only one person is trying.

A relationship shouldn’t be that hard. Love isn’t hard. It comes naturally. It’s organic. It flows. If you have to force it, rearrange it, manipulate it, then it isn’t love. Plain and simple.

I’m not saying relationships are supposed to be easy all the time. Lord knows they aren’t. But if you constantly fight between right and wrong, good or bad, then you’re in the wrong relationship.

But my friend, and so many other people don’t see it until its too late. I didn’t see it either.

I asked her if the highs justify the low and she said that they do. At first I couldn’t hear her over all the crying she was doing. But if you’re saying that the good outweighs the bad WHILE crying hysterically, what does that tell you?

Are you trying to convince yourself? Because you sure aren’t convincing me. But I knew then and there that nothing I said would make her change her mind.

I’m not blaming my friend for sticking around. It’s a lesson we all have to learn ourselves. But I told her from personal experience that she needs to walk away, because if she stays any longer, she’ll regret it.

For 6 months I was in a similar situation as my friend. I tried to fix something that wasn’t fixable. And not because I wasn’t willing to put the work in, because I was. It wasn’t fixable because the other person had no intention of fixing it. She kept me in her life long enough to move on from me, while giving me false hope. All to just move on with someone else.

6 months of torture, of going back and forth, of lies and false promises. 6 months of my life I will never get back. All because I didn’t read the signs right. I believed in us, and she knew it. I was genuine, and she tortured me for it.

Sounds familiar? I’m sure it does. It happens all the time.

I should have known to let this go a long time ago. And one day my friend will feel the same way about her current situation.

Don’t get stuck in a relationship that constantly drains you. Because that is not love. Don’t let the highs fool you into believing that the constant lows are acceptable. They aren’t.