In the ’80s and ’90s, whiskey was a drink consumed from a shooter glass after a long day at work. Today, whiskey is a more sophisticated drink. It is sipped, swirled, and enjoyed by enthusiasts and amateurs. Today’s whiskey has more flavor than the common whiskey of decades ago.

Whiskey is a general term used to describe a spirit that’s made from a distilled grain that’s been matured in oak. Whether you’re drinking bourbon, rye, Canadian rye, Irish whiskey or scotch, you’re drinking whiskey. Americans and the Irish spell it with an e, though that’s not always true (Maker’s Mark and George Dickel both spell it “whisky”). The Canadians and Japanese generally prefer to spell it “whisky,” and a very quick way to annoy a scotch aficionado is to spell it any other way than “whisky.”

For the sake of respecting the tradition and pride of each nation’s preferred spelling, this article will use the general term “whiskey,” except when referring to Canadian, Japanese, or scotch whiskies specifically. Confused yet? It gets better!

Whiskey is, in essence, distilled beer. Distillation is the process by which the beer is heated to a temperature where alcohol evaporates but much of the water does not. The outcome of distillation is a spirit that’s clear in color, and very high proof (think moonshine). There are many types of whiskey, each often defined by the history, laws, and prominent grains of the region where it was made. In areas where corn is abundant (such as Kentucky and Tennessee), whiskies tend to be corn-heavy (bourbons). Countries such as Scotland focus on barley-based whisky (scotch).

The starting grain is important to the sweet flavoring found in whiskey. Using corn creates a sweeter liquid, whereas barley makes for a lighter drink. However, barrel maturation has the greatest effect on flavor. Whiskey achieves its darker color from the wood inside the barrel, and thus the darker the whiskey, the more contact it has had with oak.

Wood maturation not only adds color to the whiskey; it also adds vanilla sweetness and spicy notes. American whiskies (such as bourbon) tend to be matured in brand-new oak, while in most other countries (Scotland, Ireland, and Japan) whiskey distillers tend to use their barrels multiple times. This is the reason American whiskies tend to be dark and heavy in vanilla flavor, while scotch is a softer, smoother drink.

The different types of whiskies are identified based on the combination of three factors: the grain(s) used, barrel maturation, and the country of origin’s legal definition of whiskey.

American whiskey is primarily aged in new oak barrels. New oak gives the most flavor, and whiskey aged in American oak tends to become sweeter the longer it is aged. In America, whiskies are typically made up of a recipe (a “mash bill”) of three or more grains. American bourbon, for example, must legally contain 51 percent corn in the mash before fermentation. Often, American bourbons have between 70 and 80 percent corn-based mash. The bourbon also contains about 8 percent malted barley, which helps in the fermentation process.

Finally, most bourbons contain some rye. Rye is a grain that grows well in harsher North American climates, so in the early days of North America’s history, settlers started using rye when making whiskey. Rye adds spicy notes to whiskey. Just as bourbon must have 51 percent corn, an American rye must contain at least 51 percent rye in its recipe.

American whiskies need to come in contact with wood to be called a whiskey. Straight whiskies (e.g. straight rye or straight bourbon) must be aged for a minimum of two years. Generally speaking, any American whiskey with “straight” in the title is higher quality and follows a stricter set of rules than a brand with the label of just “whiskey” alone.

Since American whiskies tend to use new oak, they are sweeter in flavor. For this reason, they go well with southern-style cooking, such as steaks, ribs, and wings. While American whiskey can be inexpensive, the more expensive whiskies from the United States challenge any of the top whiskies in the world.

Canadian whisky is the Wild West of the whiskey world. Unlike the U.S. and Scotland, whose laws strictly dictate terms, Canada places fewer restrictions on whiskey. As in most other countries, Canadian whisky must be made of fermented and distilled grain that’s been matured in wood for a minimum of two years. The success of Canadian whisky is often credited to the prohibition era in the U.S., but actually the success can be traced back to the U.S. Civil War, when whiskey production nearly halted in the United States. Canadian whisky is also credited with being the first to utilize distilled rye. These early rye-flavored whiskies were preferred by U.S. consumers. Today, most U.S. and Canadian whisky contains some rye.

Canadian whisky uses new oak and re-uses oak barrels. In the U.S., distilleries tend to mash all the grains together for fermentation. In Canada, distilleries tend to ferment, distill, and even barrel-mature each grain separately and only blend different whiskies as the last step. For this reason, Canadian whiskies containing rye are likely to have a stronger rye flavor.

In general, the popular, widely available Canadian whiskies tend to have lighter flavors.

Scotch whisky is from Scotland. Scotland typically gets the credit for inventing whiskey, but that honor belongs to Ireland. However, during prohibition in the U.S., Ireland refused to engage in illegal smuggling, a decision that decimated the Irish whiskey industry. Scotland had no such qualms, and now there are over 100 distilleries in Scotland. Scotland’s climate has harsh winters and strong winds, which greatly affected its whisky distilling tradition. With the harsh winds, trees don’t grow in abundance. So, with oak being a rare local resource, Scotland re-used whiskey barrels from the U.S. and sherry barrels from Spain. The harsh terrain and lack of trees is also why Scottish whisky has the reputation of being smoky. In the early days of scotch whisky making, there weren’t enough trees to make fires, so peat was used instead. Peat, a partially decayed vegetation common to Scotland, was often used instead of wood when cooking. Peat was also used as the fuel source when drying malted barley. The smokiness of peat is apparent in the final product.

Scotch drinkers typically enjoy a more complex drink that’s not as forward on flavor. For this reason, scotch drinkers often talk about the finish – the way the drink tastes 10 or 20 seconds after a sip. It’s this finish that separates scotch from bourbon.

Scotch whisky is seen as the gold standard in whiskey making. Partially for this reason, Japanese whisky is made in a style similar to Scottish whisky. Irish whiskey, sharing a similar climate and history, is likewise also typically made in re-used barrels with a focus on malted barley. Regardless of your preferred region, grain choice, or style, each type of whiskey has a story to tell, and a taste profile born of many decades of experimentation, adaptation, and regulation. No longer the refuge of the lonely barfly, whiskey has a lot to offer as a distinguished and diverse beverage. Learn to enjoy its flavors and raise a toast to classic, smoky flavors. 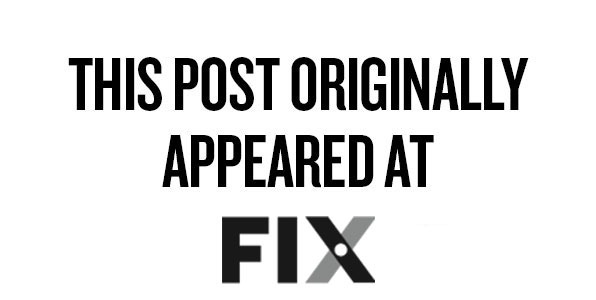 Read This If You’re Terrified Of Never Reaching Your Goals

10 Statements All Whiskey Drinkers Know To Be True

An Unsolicited Guide To Drinking Like A Respectable American