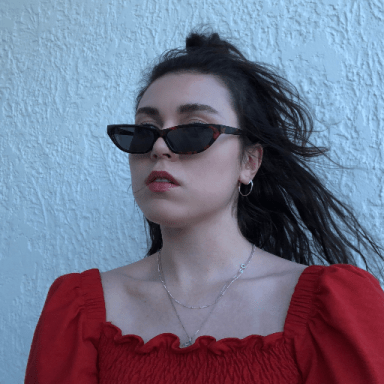 As we begin the next era of “Roaring ‘20s,” women are using the power of their inherent female sadness to fight back, following in the footsteps of the original 1920s sad girl Dorothy Parker. Sad Girl Theory, a term coined by LA based artist and feminist theorist Audrey Wollen, is the proposal that the sadness of girls should be reimagined in history as an act of resistance or political protest. In an interview with Nylon magazine, Wollen explains: “I think feminism should acknowledge that being a girl in this world is really hard, one of the hardest things there is, and that our sadness is actually a very appropriate and informed reaction.”

Wollen’s Sad Girl Theory criticizes the liberal ideal of the “good feminist”—a woman who is successful, famous, charming, and happy. She argues that sadness is a shared reaction women have to their oppression in a patriarchal society, citing Sylvia Plath, Lana Del Rey, and Judy Garland as some of her favourite “sad girls.”

Wollen’s theory is a modern take on the rallying cry to the imperfect woman in Parker’s work. The “bad feminist” characters that made Parker one of the most hotly debated female writers of her time are only receiving credit for their importance a hundred years on. Lana Del Rey’s most recent album, Norman Fucking Rockwell, was met with widespread critical acclaim; Phoebe Waller-Bridge scooped up four Emmys for her series Fleabag (“It’s so wonderful and reassuring to know that a dirty, pervy, angry and messed-up woman can make it to the Emmys,” she joked on stage); and Melissa Broder, the poet behind Twitter account @SoSadToday, has over 900k followers. The reality that women can be deeply flawed, depressed, and messy while still being strong feminists is finally entering the mainstream.

Parker was one of the first female writers to tap into the dark humor and universal truth behind the poignant female sadness. Even in her happiest moments, Parker’s eternal theme was the constant looming of death. Described by Brendan Gill in the introduction to The Collected Dorothy Parker as one of the wittiest and one of the saddest people in the world, Dorothy Parker was a journalist, poet, and writer whose post-WWI prose captured the dark humor behind the inherent sadness of being a woman. A designated bad girl with a habit for hard drinking and sharp one-liners, Parker paved the way for a legacy of bad feminists that the modern woman would be at a loss without.

Gill writes that Parker began her career in 1916 working as an editor at Vogue, later becoming a drama critic for Vanity Fair. It was a golden era for the magazine industry with its heart in New York. The war had brought a generation of women out of the private sphere and into the workforce for the first time. Advertisers and editors were unable to ignore the new demographic of financially independent young women, and the women’s magazine industry flourished. Magazines like Vanity Fair and Vogue became the holy scriptures for anyone who desired to be the perfect woman: elegant, ageless, intelligent, witty, and fun. Parker earned her bread and butter writing captions for Vogue but used her own writing to portray the dark side of characters that paraded between the pages of the magazines. She tirelessly mocked the exclusive model of femininity that she helped the magazines sell.

In her day, Parker was often criticised for her depiction of women and was frequently portrayed as a female writer who mocked her peers and contemporaries to sell her work to the predominantly male masses. Some of her female characters would spend almost 2,000 words waiting for a phone call or three pages taking a waltz with a moron so as not to offend anyone. In a recent study on the theme of female sympathy in Parker’s poetry, Francisco Jose Cortes Vieco found her use of satirical female characters and allusions to female depression were a method by which she mocked the model of femininity sold by the magazines she worked for. Parker used her personal writing to challenge the patriarchy and its major ally, the editorial industry.

Replace the name Dorothy Parker with Phoebe Waller-Bridge or Lana Del Rey in any review of the writer and the sentiment remains. Parker was a founding champion of the bad or sad feminist. Her verse explored the “anything goes” mentality of women in the ‘20s but could just as well describe the “screw-it” mentality of many women today—drinking, smoking, dancing, sniffing cocaine, necking, getting “caught.” In her verse, Parker fought for a woman’s right to experience undefined sexual relationships while simultaneously basking in the melancholy of mortality. She believed that a woman should fight to claim her individual identity and make a conscious effort to deviate from the happy, idle bourgeois woman sold by the New York magazines.

Today, the importance of Parker’s satire of the “good feminist” is more important than ever. The image-oriented world of Instagram and other social media platforms has had devastating effects on mental health in young people, especially young women. Instagram feeds are rife with curated images of women “living their best lives” with flawless skin and perfect waists. With the constant pressure to be happy, successful, and productive in the palm of your hand, social media sells the “good feminist” ideal more than Vogue ever could. This is why, now more than ever, it’s important to acknowledge that while sadness doesn’t sell skincare, it is a fundamental source of power shared by women.

Marissa is a journalist from Vancouver currently living in Glasgow.

Here’s Why We Need To Stop Shaming The ‘Basic’ Girls