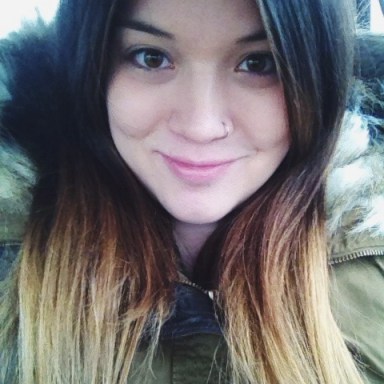 When I was younger, I thought soulmates only existed in the way that old fashioned movies would have us believe. The fanciful idea of a one and only was plastered into my mind as an unquestionable truth. But as my life has progressed, so has my understanding of soulmates. Time has led me to realize that they come in many forms and at many different junctures. Not all soulmates are the kind that will sweep you off your feet, but I am certain of this, you are damn lucky if you meet one who does.

He was, for me, what most people understand a soulmate to be. Somewhat like getting the wind knocked out of me, it happened so quickly that I couldn’t process what was going on until after the damage was done. By the time I realized he was my soulmate I was already in love, and the idea of losing him was incomprehensible.

It began just as innocently as any other relationship I had experienced before. The same initial awkwardness existed that did at the start of my previous romances, but it was somehow different with him. We started to discover strange commonalities that logic would chalk up to coincidence, but my heart recognized as something else entirely. We were awkward in all of the same ways, and it was oddly comforting. And while I was more at ease with him than I had ever been with someone, I was also scared as hell.

I thought I knew what I was getting myself into at the time, but due to my misconception about soulmates,  I assumed we would be together forever. I had no idea that the joy I was cashing in on would inevitably lead to more pain than I had ever felt before. What I didn’t understand then is that meeting a soulmate of this kind is not a guarantee that it will play out the way you want. I thought I understood that life was a cruel bitch sometimes, but I had no idea that it was capable of this.

The truth is, love alone is not enough. This is something I did not want to accept. I spent my time seeking the answers to questions I will never understand, and it did me no good. I had to realize that even a love so wonderful, pure, and true needs more. It needs nurturing, and communication, and trust, and much to my dismay, life needs to be working in its favor. What I wish I could have the answer to most, I know I never will. I wonder why a love like ours couldn’t survive. All I know is that it didn’t, so I’m left trying to heal the wounds that still feel as if I had earned them yesterday.

When two souls are mended together by a love of this kind only to be torn apart, each carries a piece of the other away with them. The piece of yourself that you lose will never be retrieved no matter how hard you try. You often find yourself wishing you didn’t have the burden of carrying around that piece of the other. More often than not, the piece of them that you carry burns you. It stings when you meet someone new and they don’t measure up. It torments you when something happens to make it come alive again. But I think carrying this piece hurts the most when you are reminded of the good times, and you would give anything to see them again.

Of course right now it hurts, and some days it still feels like part of me is missing, but I know that one day I will be whole again. I can only hope that someday carrying this piece of him won’t feel like a burden anymore. That when it comes alive within me, it will make me smile with gratitude. I truly believe that many people go their entire lives without finding this kind of soulmate. I can’t be sure that I will find another, and I am grateful to have found even one. Because even though it has caused me so much pain, I know that every minute was worth it. Maybe we couldn’t have forever together, but I will carry what we did have with me for life.

Bad Timing Missing you Not Meant To Be Soulmate Soulmates