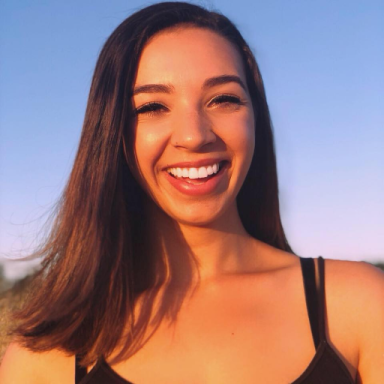 Once in grad school a professor started our class by telling us that every week she was going to assign us a skill, and that for the next class she was going to ask us to share how we did with it. The skill for week one was noticing joy. She didn’t really explain it much. She just said that she wanted us to notice joy, and that hopefully if we did this we would have it “running like a background program in our brain” so that from then on we would always notice joy.

That seemed like a lofty task to propose to a group of stressed out grad students at 8 o’clock in the morning on a hot, rainy, humid Thursday.

How can we notice joy when the weather is so shitty? When we have a million and one scholarly journal articles to look over? When we have our field placements starting next week? When we’re stressed about homework and how expensive it is living in New York City?

There were infinite excuses for why we wouldn’t be able to do what she was asking, but in all honesty, there are few excuses for not noticing joy besides being stuck in a selfish state and not opening our eyes to what’s going on outside of ourselves. Life can do that to us! But it’s our job to dig out from that.

I totally forgot to notice joy for the first six out of seven days I was supposed to be doing so. Then it was Wednesday, I had the class again on Thursday, and I was still not actively trying to notice joy. It was a gross, steamy Wednesday, and since everywhere I wanted to go that day was walking distance, I was sweaty and in a pretty bad mood. I decided that I was going to go to The Strand, which is something that I’ve been wanting to do for a while because I love bookstores and I felt like it would be depressing if I didn’t leave my apartment all day.

Even being in a bookstore wasn’t shaking my bad mood. I was overwhelmed by how many books there were (“Over 18 miles of books!” says their website), and I was feeling anxious about which book to get because the one book I did want wasn’t $1 like all the ones outside the store that were on their sale racks. I finally decided to get the expensive one and one other book because I was trying to treat myself, and that is when it happened: while I was standing in line, relaxed and not overthinking it, I noticed something joyful.

The man at the register next to me was just signing his receipt when he suddenly stopped and looked up at the man ringing him up.

“I’m so sorry to do this to you, but could you add this?” He was holding up a cute little leather pencil case. “I need to get this for my girlfriend. My girlfriend would love this.”

That was it; that was the joy.

I stood there next to him, paying for my books, and smiled. His genuine love for his girlfriend showed through in this one moment of thinking about something that she would like, and it put me in a better mood just by witnessing it.

For one, I thought there was hope in terms of nice guys being out there, but it was also just so sweet how excited he was to give this gift to her later. I walked home with my hair frizzing, my legs feeling like they were glued to my jeans, and a blister forming because of my new shoes, but I was also smiling because I was thinking of how happy that guy was going to be later when he gave his girlfriend a pencil case and how happy she would be about it too.

Thursday in class, I shared with the group about my experience in noticing joy. I made sure to add that it still sucked to walk home in the humidity, but that I was still in a better mood. My professor said something along the lines of how the whole point of noticing joy is not to erase all of the shitty things that are going on, but rather to change our mood so that we are better able to handle them. I liked that because it makes this a more manageable task. It makes life a more manageable task. We don’t need to walk around being positive and emitting a false happiness all the time; sometimes you’re just having a bad day, and that’s fine. It’s really trendy right now to wear shirts or have water bottles or stickers or whatever that say No Bad Days or Good Vibes Only.

Well, that’s impossible. Some days are just bad, and that’s more than okay.

Next time that happens, I’m going to try to notice joy and see what happens. Hopefully the background program in my brain will be up and running.

Conversations With Dead People: A Medium’s Session With Prince (Part 2)

Please Don’t Forget Us: The Stories You Don’t Hear About Autism

The Girl Who Got Away

May You Find Joy Amidst Broken Days

When We Should Never Try And Hold Both