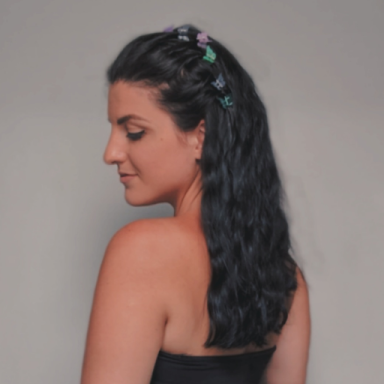 Some jokes or comments really sit with you. For example, I’ve been ruminating about this one comment someone made months ago, which they likely did not mean in a malicious way, but stayed with me.

“Now that you have a son, I’m sure you understand now. This will totally change the way you felt about men and what you post about men. You’ll see.”

The implication was offputting. This person thought that what I would say or post about men (mostly news articles) was inflammatory, or it touched an uncomfortable truth, one that compels us to jump up and say:

But for some reason, whenever I have discussed men that are those things, it offends people. Let me just say this right now and be clear.

My having a son did not change how I feel about bad men. Because I have no intention to raise a bad man.

He will learn about the mistakes of other men, of other people assigned male at birth, but I will not teach him that that is who he should be. He will not learn from me that to be a man is to be aggressive, volatile, and abusive in his language to others. He will not be afraid, not because of me, to be vulnerable and to show that he has feelings. And he will never, on my watch, think that it is better to suffer and be in pain, rather than to seek professional help for whatever problems he may have in the future. Not because of me, not while I am responsible for him.

My having a son does not mean that I will become an enabler instead of a mother. To think that because I am his mother, I will not call out anything wrong he does, and that I will say to him, “not all men” is toxic. My son will not learn from me that he is going to be toxic without repercussions from others or the world.

My son will also not learn this from his father. My husband is a good man, who will teach his son what it means to be a good man. Being good does not mean being perfect, but it means taking accountability. My son will not learn from his father that being a man means scoffing at the pain of others. To be a man does not mean that you need to play a role. Life is not a stage. And still, everybody is still watching you and what you do. And it is your behaviors that dictate who you are, not your genitals and not your socialization into a gender.

My son will be whoever he wants to be, but he will not learn the toxicity from us.

And I am going to continue to speak about these things. Because I do believe that not all men do toxic things.

But how can I teach my son any of that, if I ignore the ones that do?

Mom and human. Equally both.