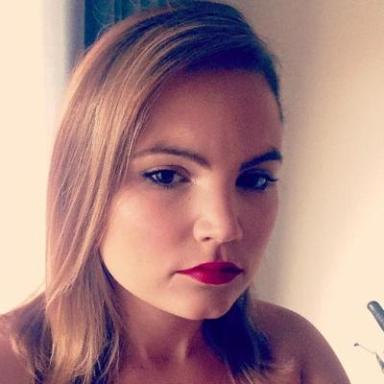 When you think of someone who has a mental illness, what comes to mind? Is she well-groomed and stylish? Disheveled and dirty?

How we look often gives people an impression about our health, and it’s a common misconception that to have a mental illness, one must be unkempt.

I remember my first time visiting a counselor. I was in my second year of college and had just been caught by my best friend with cuts all along my arms. I admitted I was having suicidal thoughts and my friend was scared for me. I didn’t know at the time, but I was experiencing a major depressive episode.

I didn’t even know what depression was then. I was 18, living away from home at a university that had once been fun, in a program I once enjoyed, but all of that had fallen away. I hated everyone there. I didn’t understand how everyone could party so much. I didn’t get how my roommates were so messy. I couldn’t keep up with the demanding reading schedule of my classes, and I was struggling with a long-distance relationship. No wonder I was feeling depressed. Some people could’ve dealt with the pressure of that life. Some people could’ve adapted. But what I’ve learned, after 10 years with my mental illness, is that I don’t handle stress well. Stress aggravates my condition, which interferes with my sleep, and as soon as I’m not sleeping, I know my mental health will quickly move downhill.

So my friend, being the smart cookie she is, forced me into university counseling services the next day for an emergency appointment.

Oddly, I remember exactly what I wore that day. I paired my jeans with a fuchsia pink lace cardigan (that covered the cuts) with a matching fuchsia camisole underneath. I had never seen a counselor before in my life, and I was shocked when she pointed out my outfit.

Oh, I’m sorry, should I have shown up in pajamas with greasy hair and body odor? Is that what we think a person experiencing mental illness looks like? How was I supposed to look?

And it wouldn’t be the only time this happened to me.

Many years later, I was familiar with the mental health system and had seen various psychiatrists and psychologists. I had already been diagnosed with bipolar disorder and experiencing another depressive episode, but also dealing with extreme panic attacks. Once, I melted down in a grocery store on an errand to buy napkins for my mother. There were simply too many choices and my heart started racing, I couldn’t breathe, and the aisles were closing in on me. The cacophony of the store was overwhelming and the lights were too bright. I don’t even remember if I bought napkins in the end or if I just ran out of the store. I had also lost the ability to order food in a restaurant. Whenever I went out for dinner with my then-boyfriend, now-husband, I just ordered whatever he did.

I was incapacitated by anxiety. Coupled with the crippling depression and suicidal thoughts, the only thing I could think to do was admit myself into a hospital. When I spoke with the admitting psychiatrist who had dealt with my case, he said, “You don’t look like you have anxiety.”

How was I supposed to look in that moment? The anxiety had passed. Should I be crying? Panting? Suffocating, like I had been in the grocery store? I was severely depressed, but I wasn’t in the middle of a panic attack. In a few words, this doctor dismissed me based on how I presented myself to him in that moment. He made me feel like sh*t. He made me feel like I was pretending to have severe anxiety (because being admitted into the hospital was something someone did for fun!).

Over the years, I have realized that I use clothes and makeup as armor to protect myself from the assuming eyes of doctors and society. When I’m in the depths of depression or dealing with severe anxiety, I ensure that I am well put together with a face full of makeup so no one knows how I’m really feeling.

Except maybe this works too well if even doctors don’t believe me when I’m asking for help. It’s like they expect a neon sign blinking above my head saying: “She is experiencing bipolar depression. She is having extreme panic attacks.” Or they expect me to show up un-showered in sweats and matted hair. That’s just not me.

Every day we make assumptions about people based on what they’re wearing. But people, and especially doctors, need to remember that there’s no “look” to mental illness. Anyone can have depression, anxiety, post-traumatic stress disorder, borderline personal disorder or whatever else. Just because I don’t look sick, doesn’t mean that I don’t have a mental illness.

This story was published on The Mighty, a platform for people facing health challenges to share their stories and connect.

Marisa Lancione has bipolar disorder II and is a mental health blogger at Mad Girl’s Lament.