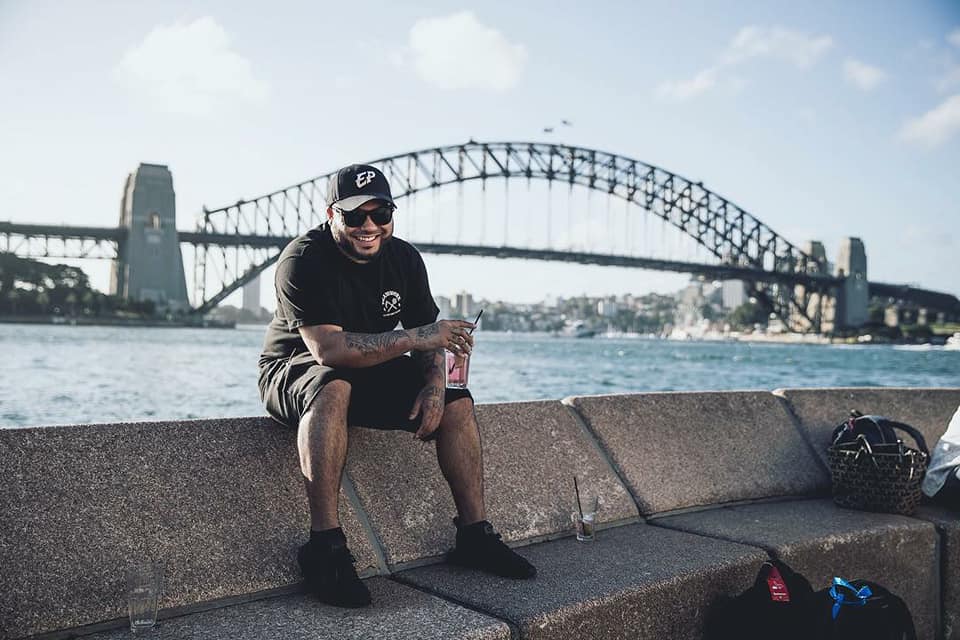 Every single person has a story to tell. Whether we’ve come from humble beginnings, fallen down, lost our way, struggled with debt, or faced the unbearable—we all carry baggage from our past—and we all find a way to fight through, to push on.

But some stories are more challenging than others. Some stories tear at our heartstrings and define the path we grow on, and follow for the rest of our lives.

Christopher Wilson, a Texas-based DJ and producer better known by his stage name, Riot Ten, has one of those stories. But what’s incredible about him and his family’s journey is that he has never let negative circumstances shake or shape his direction.

His story is one of perseverance and passion—he never did, and never will allow pain to keep him from joy, success, and hope for the future.

From a young age Wilson knew he wanted to pursue music, but in having his first child at sixteen, dropping out at seventeen, and little family support, his career started as an uphill battle.

He didn’t let the negativity sway, him, though.

Wilson took this energy and ran with it, slowly building a career and name for himself in the music industry, despite criticism from those closest to him, financial challenges, and the difficulty of balancing both his duties as a father, and his devotion to making music.

With the birth of Wilson’s second child, however, both his positive mindset and career were challenged dramatically.

Due to complications in utero, Kai, Wilson’s second son, was said to have less than a 50% chance of living, and if he did live, there was a 50% chance he’d have cerebral palsy. At nineteen weeks, Kai’s mother’s water broke, and then she was in and out of the hospital and on bedrest until September 3, 2017 when Kai was born—weighing less than two pounds and with a large welt on the side of his head.

For Wilson, this was terrifying—the unknown, the fear of losing his child, the powerlessness in watching Kai struggle to breathe on his own. Wilson was told Kai was missing a part of his brain, something that would affect all motor skills.

He had no answers; he just had to wait.

But even in the moments of fear, of helplessness, of pain, and of trying to be present in his child’s life, but also build a career, Wilson kept positive.

In the course of a few months, he had answers—Kai didn’t have cerebral palsy, and he would survive. After one month of a breathing tube, Kai was able to start functioning on his own. He was able to start physical therapy, and had even begun to exhibit normal baby behaviors.

All this, a testament to Wilson’s perseverance and unwavering faith.

“I’ve always thought everything happens for a reason,” Wilson says, “And having Kai—he’s literally a miracle baby. He probably shouldn’t be alive, and he somehow made it. And everything we needed to happen—him coming out healthy, not having cerebral palsy, being able to breathe on his own—it all worked out. There’s a plan for everything.”

It’s this mindset that has driven Riot Ten to success. Even with the stress of his child’s birth, the fear of the unknown, and the difficulty in supporting a family and pursuing a career, on February 16, 2017 he released his second EP, “Hype or Die: The Dead EP” via Steve Aoki’s Dim Mak. He currently has over 50 dates on Datsik’s 2018 Ninja Nation Tour, and his song, “Rail Breaker” has hit #1 on all dubstep charts.

No matter what life has thrown his way, Wilson has continued to stay positive and share his passion for music with the world.

“I definitely deal with depression a lot, and that’s normal,” Wilson says, speaking to his family’s situation, “But you can’t let it beat you up. You have to get back out there and keep working hard.”

And his story, though heart-wrenching at times, is a powerful reminder that we all come from different places, we all have different stories, and we all face hardship.

But those negative moments do not define us. And never will.

‘You Can Wear Your Heart On Your Sleeve, Even If It’s Broken,’ And Other Notes On Vulnerability With Band VOILÀ

Get Excited EDM Fans: This Music Label Is Making A Major Change (And You’re Going To Love It)