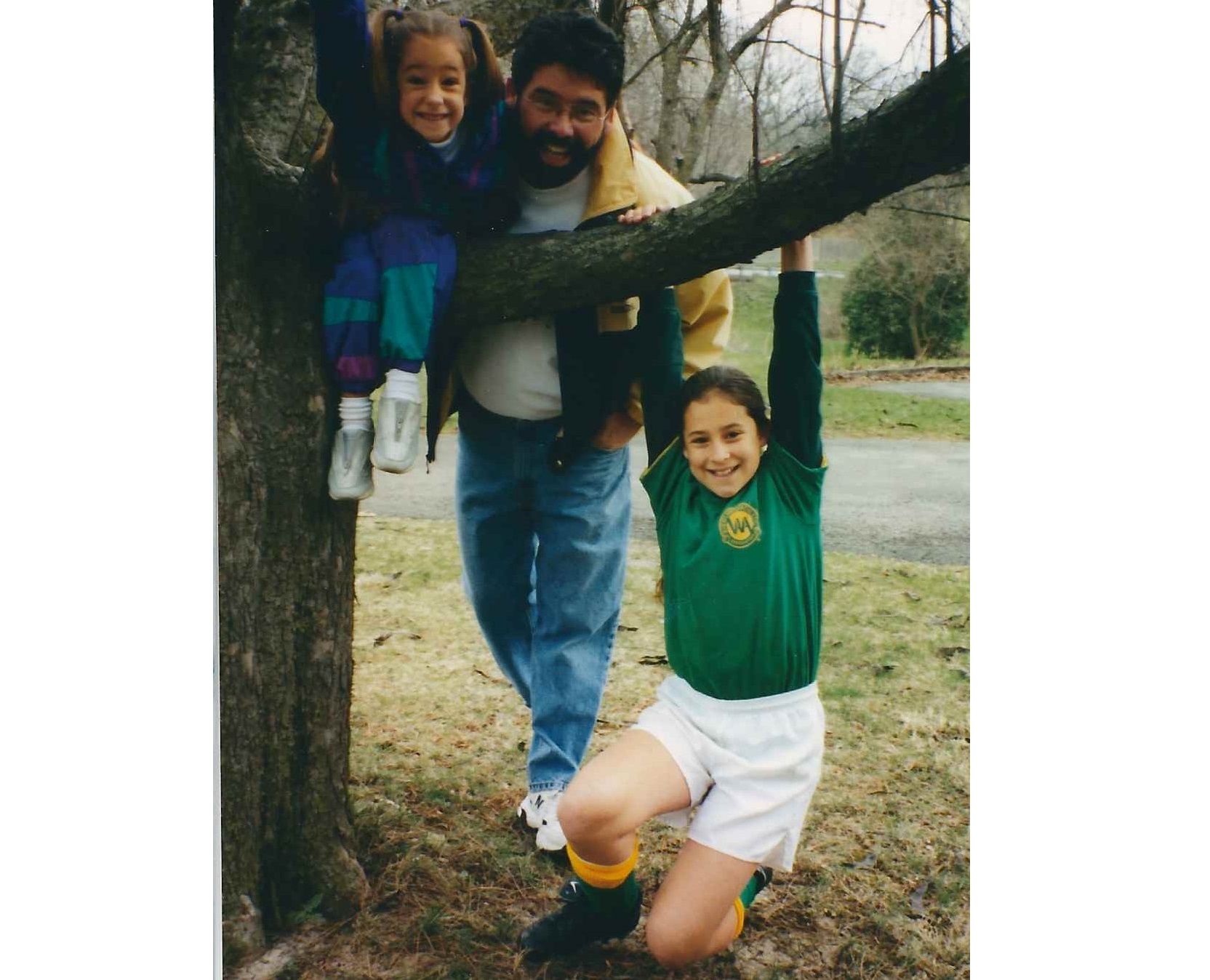 1. The pregame pep-talks on the car ride there. AKA him going through the lineup for the millionth time and giving you last minute advice on how to square your shoulders or bend your knees.

2. Arguing over the radio stations because his pre-game music and your pre-game music don’t always align. (AKA they never align.) No, Dad, I don’t want to listen to classic rock.

3. The last minute chaos when you’re almost at the field. Where the hell is this complex? What field number are we on? Do we have all the equipment? Where is my ___? And other stressful, do-or-die questions he throws at you as you pull into the parking lot.

4. His big, loud dad voice. Screaming from the sidelines, practically running out onto the field yelling Get on your horse! or Hustle! or just GO GO GO!

5. The huge dad-bear hugs. Before the game starts. After the game, no matter the outcome. And before getting in the car, depending on your mood. Those hugs are literally the best.

6. The major freak out(s). He’s allowed to lose his sh*t because you’re his kid…right? This type of freak out may or may not include some jumping around, feet stomping, and hat/clipboard throwing. But he’s still your number one fan…when he calms down.

7. When you completely freak out on him. Which is probably after he’s hit you 17,408 ground balls and you’ve missed the tenth in a row and you’re just over it. This type of freak out may or may not include tears. But will most likely end in dad-bear hugs.

8. The unsolicited mid-game advice. Which drives you totally crazy and completely throws you off, (or embarrasses the hell out of you) but is always given with the best intentions.

9. When he talks you up to the recruiters. And puffs out his chest and whips out your stats and most definitely makes you want to crawl in a hole. But as annoying as it can be, it’s super endearing. And really does help, whether you like to admit it or not.

10. The daddy-daughter photos. Team photos or just post-game-matching-uniform pics that now decorate your bedroom walls or fill your scrapbook pages. Yeah, the two of you in your sporty clothes look pretty darn cute, especially if you’re lucky enough to have photos over the years (and at all stages of your awkwardness).

11. The countless hours of practice. Because he’s both your dad and your coach and bottom line: you can’t suck when he’s the coach. So you’re at the park, at the field, or in the backyard way past sunset making shot after shot, block after block, or throwing pitch after pitch. But he never complains, even when you nail him in the shin…or the balls.

12. When you get hurt and he totally plays it off…then comes running to see if you’re actually in pain. He wants you to be strong…but he can only pull of his tough-guy coach act for a minute. Then he’s right by your side totally freaking out.

13. The car/travel/hotel bonding. You’ve spent way too many hours in a car or at a hotel between tournament games with each other. You’ve gotten close, you’ve driven each other nuts, and dear old dad now knows what it means when you’re PMS’ing and what brand of Tampons to buy.

15. The post-game speech that wasn’t supposed to be directed at you, but totally was. Which can either be a good thing, AKA patting you on the back. Or completely terrible, like calling you out for missing a sign in front of the entire team and parents. Cool, Dad.

16. The tearful/venting/bitching car rides home. This is where you let it all out—crappy refs, annoying teammates, your grief over that damn ball you should have caught—and dad just listens, comforts, joins in, and gets you back to your normal, happy self by the time you’re home.

17. The daddy-daughter post-game rituals. Like getting ice cream or going to the movies or some other completely random adventure that’s just for him and you. As much as you two annoy each other, there’s so much love. On and off the field.