It was finals week. And some college kids thought it’d be a great idea to throw some beers back while ‘studying’ in the (dry campus) library at Waldorf College.

The school’s librarian thought otherwise, so he sent out this hilarious campus-wide email. 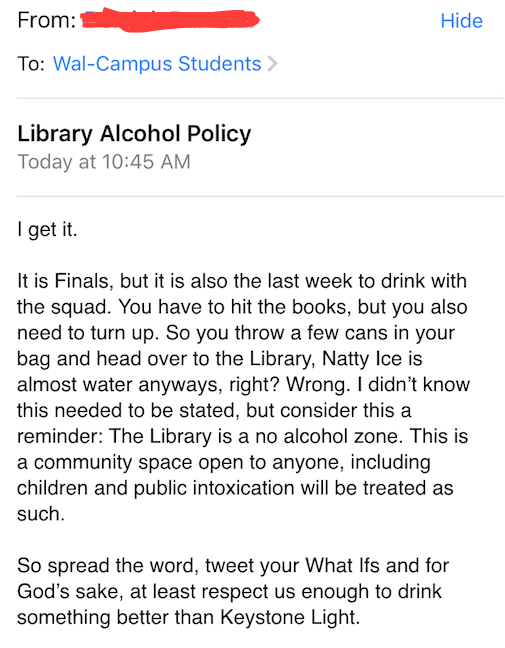 A few days later, in the midst of an alarming Herpes outbreak, the battle between staff and students continued—this time over the appalling behavior of student athletes in the library bathrooms.

In rebuttal, the librarian feverishly drafted another all-campus email: 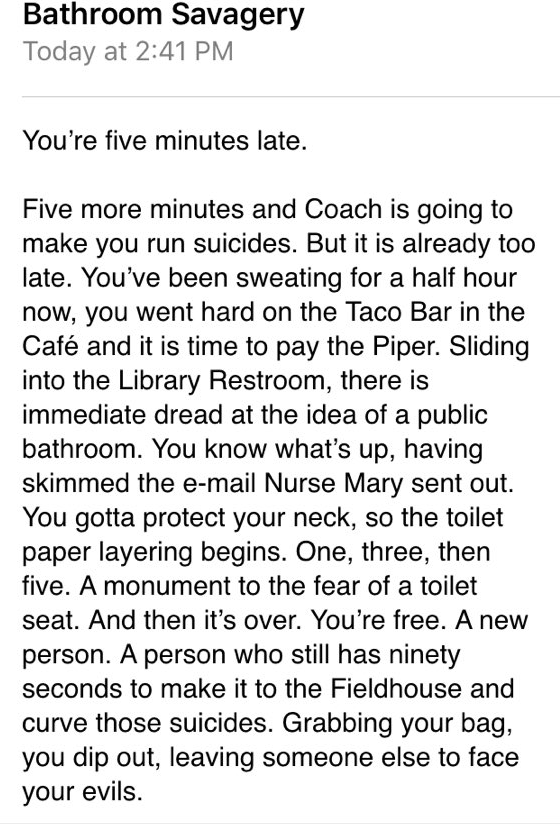 The best part? Our frustrated librarian wears a Fitbit: 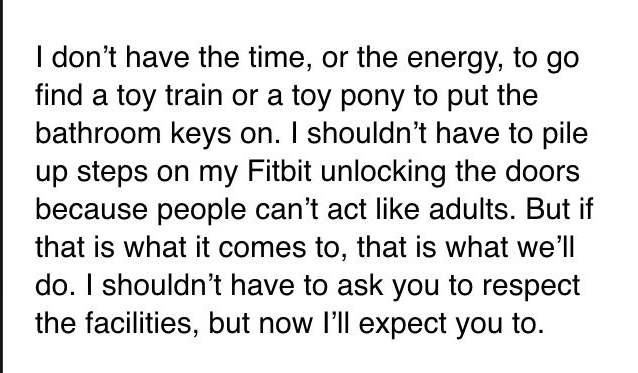 As Because I’m a Guy perfectly summed it all up…our small college librarian is a complete savage.

25 Things Only People Who Went To A College With Under 1,000 Students Will Understand