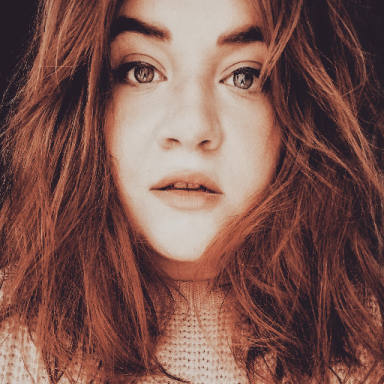 By Marilù Iacona Updated May 8, 2020
mentatdgt

By Marilù Iacona Updated May 8, 2020
mentatdgt

“So,” she said, with an evil, know-it-all grin that she tried so hard to hide, “still single, huh?”

If I had a penny for every time someone said that to me … I’m not saying I would be the richest person on the planet but I would be definitely spending my quarantine in a nice apartment in LA. With a washer and dryer. And a garden. I know.

I never understand why the first thing people want to know about other people — mainly women — is whether or not they have coupled up or are still shamefully living the #singlelife. What does being single say about me that my career doesn’t? I mean, sorry if my main goal right now is to build a nice life for myself, by myself, before even considering to build it with someone else.

Also, now that we’re talking about this, it’s not that I’m happy to be single or I’m having the time of my life. I mean, I’m spending the apocalypse at my parents’ house, in my childhood bedroom, with them knocking at every “Oh, how does this shit work?”

I can’t even walk around naked, or in my underwear, and believe me, if anything right now we all deserve a little bit of freedom of some sort.

But I’m also not desperate, and that, I think, is what’s really saving me from all those people who think they can find love on a dating app. I mean, you do you babe, but that’s just not for me. Dating apps are meant to make you feel desired, accomplished. They’re meant to make you feel like you know what you want and you’re out there, getting it.

But you’re not really out there, are you?

Dating apps are for lazy people. There, I’ve said it. One day you’re bored out of your still single mind so you download the app — mainly pushed by your best friend Stef, who is getting married soon and all she really wants is for you to be coupled up — yeah, sure. Like you don’t know any better.

But you download it anyway because you can’t bear the thought of probably being the only single person in a room full of couples dancing and kissing and having a quickie in the bathroom, right?

You swipe left and right — but mostly left because, despite the un-romantic route you took, you still have standards — you read their bios, you look at their pictures — but seriously, where have you all been all my life? Do you live on a dating app because I’ve never seen you around! — you try to see yourself with some of them, at the beach, in the mountains, in a canoe — turns out he’s the sporty guy and you hate sports but hey! he looks cute — and some of them swipe right on you so, based on the higher power of the app, you’re a match.

Do you hear the church bells ringing yet? Does it mean it’s fate? Will our babies have his eyes? I hope not, my eyes are really, really beautiful, just FYI.

And then nothing. Crickets. Tumbleweeds. The silence is sometimes interrupted by the occasional dick pic you certainly didn’t ask for but he was so nice to send you so that now you know what you’re missing.

My parents met on a bus. My dad was driving and couldn’t stop staring at my mom from the rearview mirror. She hated him at first — he wasn’t really her type, but then he made her laugh and that, my friends, was the start of something beautiful. Now, I’m not saying I want to meet someone the same way — mostly because I have motion sickness so that won’t happen anytime soon — but I’m sorry if I want the love of my life to be a total surprise.

I don’t want to know what he looks like until I feel he’s the one. I don’t want to see the size of his penis — because despite what men on dating apps think, no, we don’t choose based on a very impractical dick size. And, for the love of me, I don’t want it to be planned.

So I’m sorry, Stef. Turns out I will be attending your wedding alone and probably drunk and guess what? I’m gonna have a hell of a good time by myself.

This article was brought to you by PS I Love You. Relationship Now.